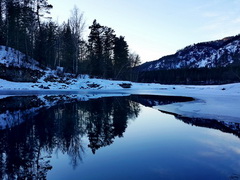 Group size: min. 2 persons. No age restriction. Children under 18 should be accompanied by adults.

Notes:
The Agency reserves the right to change the schedule with no changes in the volume of service provided. The duration of individual elements of tour program may change on the eve of departure and during the course of the tour. In case of the bad weather and climate conditions and due to circumstances beyond the control of the organizer (road, local administration services, etc.), the elements of the tour program can be excluded, based on the actual situation on the route.
Attention! In case the tourist is being late or does not appear at a scheduled time and a place for the group gathering, the Agency is not responsible for the full implementation of the schedule and no costs of this tour day are refunded. Attention! When visiting active monasteries and temples, women should avoid wearing trousers and shorts. A headdress is required.
Recommended clothing: A set of outfits for leisure and travel, a windproof and waterproof jacket, a warm sweater, two pairs of comfortable shoes, lightweight slippers for hotels, sun protection (cream, glasses, headdress), personal hygiene items.