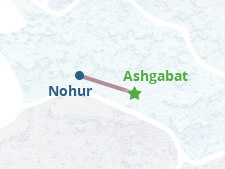 During the 5-day Turkmenistan tour you will explore two legendary cities: Ashgabat and Nohur. You will pay a visit to the ruins of Old Nisa, the sacred city of the Parthian Empire; discover the picturesque beauty of the Nohur village in Kopet Dag Mountains and enjoy its spectacular views. In addition, you will visit the Turkmenbashi Ruhy Mosque, the largest mosque in Turkmenistan, and get acquainted with the finest works of the Turkmen masters in silk weaving workshop.

Expand All   Collapse All
Day 1: Arrival in Ashgabat
Arrive in Ashgabat. You will be met by our driver and transferred to the hotel. Overnight at the hotel.
Day 2: Ashgabat
You will start the day with a sightseeing tour in Ashgabat, the capital of Turkmenistan that has recently been noted by the Guinness Book of World Records as having more white marble buildings than any other city in the world. During the city tour you will explore an archaeological site of Old Nisa (included in UNESCO World Heritage list) and Spiritual Mosque, one of the biggest mosques in Central Asia. You will visit the National Museum of History, the Monument of Neutrality, Ertugrul Gazi Mosque and newly built Independence Park. Intense and interesting excursion also includes a stopover at the Akhalteke horse stables and Lenin Monument. Overnight at the hotel.
Duration of sightseeing tour: 6 hours
Day 3: Ashgabat
Visit to State hippodrome of Ashgabat to enjoy horse race (available on Sundays, April-May and September-October). Drive to Gok Dere gorge and visit to private horse stables. Continue to Chuli gorge, free time to walk around. Return to Ashgabat. Overnight at the hotel.
Duration of sightseeing tour: 5-6 hours
Day 4: Ashgabat – Nohur – Ashgabat
In the morning transfer to Nohur mountain village in Kopet Dag Mountains. Visit Turkmenbashi Mosque-Mausoleum, Gokdepe Mosque and Kow-Ata underground lake on the way. Continue to tribal cemetery and silk weaving home workshop. In the afternoon drive back to Ashgabat.  Overnight at the hotel.
Duration of sightseeing tour: 7-8 hours
Day 5: Ashgabat – departure
Transfer to the airport. Departure. 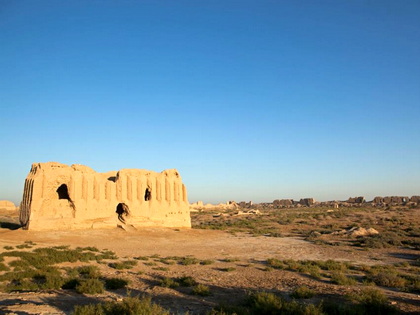 Explore monuments of ancient civilizations of the East and ethnotourism in the Kyzyl Kum desert and Kopet Dag ... 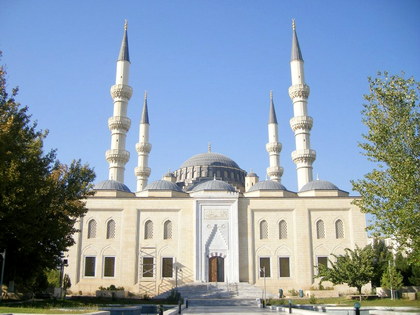 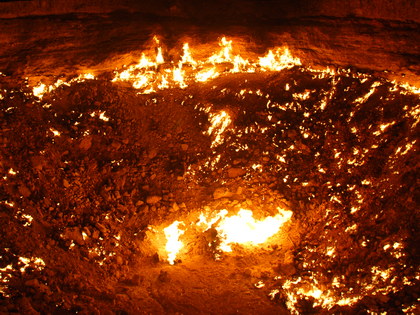 Book 2-day Darvaza gas crater tour to explore “Door to Hell”, 60 meters diameter hole that has been burning since 1971. On the way to Darvaza you will enjoy pristine nature of Karakum, Cen ... 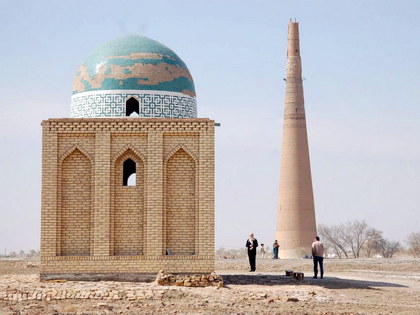 Make an unforgettable 11-day tour to Turkmenistan. Modern and ancient cities, exotics of the Karakum Desert and phenomenal gas crater «The Gate to Hell» are ahead of y ...