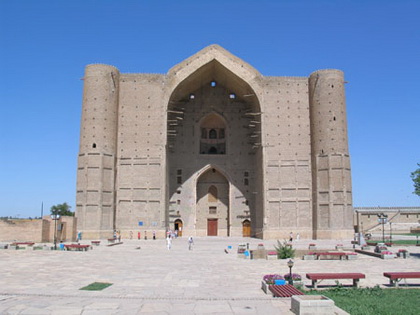 A two–day tour to Turkestan is an opportunity to visit one of the oldest cities in Central Asia. The main purpose of the trip is the mausoleum of Khoja Ahmed Yasawi – a complex that is included in the UNESCO World Heritage List.
You will also visit the ancient settlements of Otrar and Kultobe, take a sightseeing tour of Turkestan, see the only flying theater in Central Asia and enjoy a water performance. Book a two-day tour to Turkestan to plunge into the atmosphere of the East.

Expand All   Collapse All
Day 1: Tashkent – Shymkent – Otrar – Turkestan
Early in the morning you will be transferred to the Uzbek-Kazakh border "Gisht Kuprik/Zhibek Zholy" (Chernyaevka) (30 km, 40 minutes). When you pass the border, our driver and guide will meet you on the Kazakh side.
Breakfast in Shymkent. Then you will visit the city citadel of Shymkent.
Transfer to Turkestan. In a place located 55 kilometers from Turkestan, you will see the mausoleum of Arystan Baba (XII century). He was an associate of the Prophet Muhammad and the spiritual teacher and mentor of Khoja Ahmed Yasawi.
Then you will visit the mausoleum of Yasawi's daughter named Gauhar Ana. She was known for being able to heal anyone who approached her. Gauhar Ana lived in the XII century.
Arrival in Turkestan. Accommodation at the hotel.
Visit to the mausoleum of Khoja Ahmed Yasawi. It was built by Amir Timur 250 years after the death of the saint. Previously, Yasawi's grave was very modest. Today, this well-preserved majestic complex is included in the UNESCO World Heritage List.
Also you will also see the mausoleum of Rabia-Sultan Begami (XV century), the ancient settlement of Kultobe (XIV century), Hilvet Aulie-Kumchik (XII century), the Hilovat mosque located underground (XII-XV centuries), oriental baths (XVI-XVIII centuries), Juma mosque (XIX century) and other historical sights of Turkestan.
Dinner. Water performance of Kyz-Zhibek. Free time. Overnight at the hotel.
Day 2: Turkestan – Tashkent
In the morning you will visit the museum center of Uly Dala Eli (the Country of the Great Steppe), where you will learn the history of Kazakhstan, dating back to the I millennium BC.
Then you will visit the flying theater "Altyn Samruk", located on the territory of the caravanserai. This theater has no analogues in the countries of Central Asia. Here you will go on a journey through time together with the mythical bird Samruk.
Then you will have a sightseeing tour of Turkestan.
After lunch – transfer to the Kazakh-Uzbek border. Passing all the formalities.
Return to Tashkent. The end of a two–day tour to Turkestan.

1 person
730
2 persons
390
3 persons
320
Single supplement
40
Prices are for 2022 in US $ per person, with discounted prices for larger groups available on request.
Tour Request 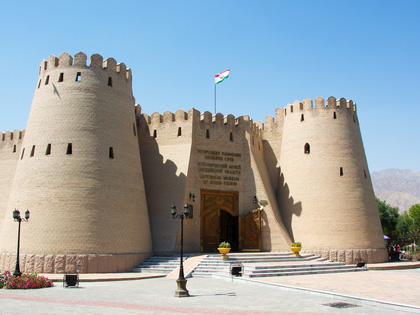 3-day Tajikistan Tour from Tashkent
3 Days | from US $380
Tashkent, Khudjand, Penjikent, Samarkand
All year round | Reviews (0) 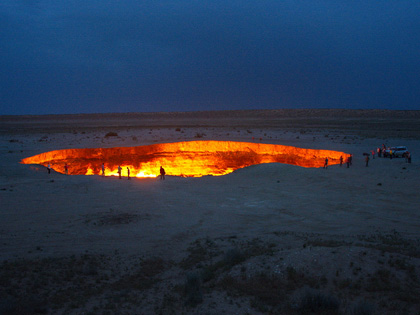 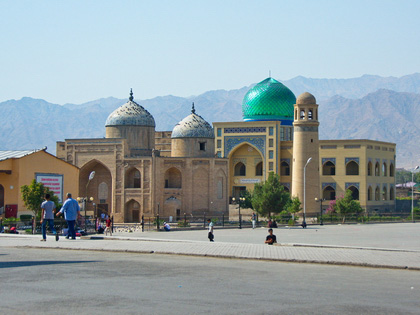 Khudjand and Istaravshan Tour, Tajikistan
2 Days | from US $365
Khujand, Istaravshan
All year round | Reviews (0) 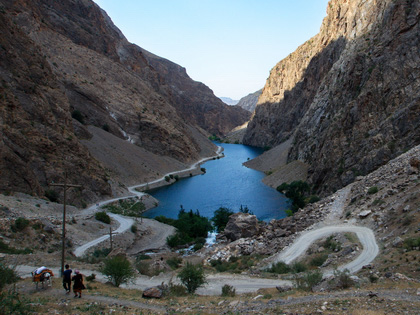 Two-Day Tour to Penjikent and the Seven Lakes from Samarkand
2 Days | from US $300
Penjikent, ancient Penjikent, Sarazm settlement, Seven lakes, Fann mountains
All year round | Reviews (3)