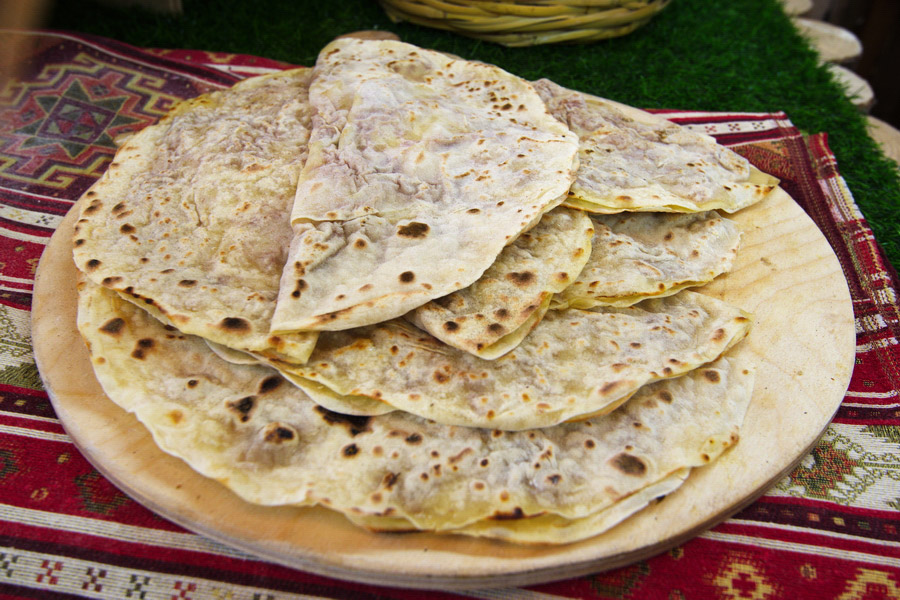 Though maybe not the most popular during the hot summer months, dishes made from dough and flour are common in Azerbaijan. As soups, bread, and main dishes, there are several tasty options in Azerbaijani cuisine. Bread is served with almost any meal.

The most traditional Azerbaijani bread is cooked in tandoor ovens. Charcoal at the bottom creates intense heat inside this beehive-shaped clay oven, and dough is worked into a circle or oval and stuck to the side. When done, a hook is used to retrieve the bread from the tandoor, and it’s best served hot with the rest of your food. There are several types of bread, depending on the size, shape, and cooking methods.

A simple and traditional food, kutabs are a great street snack but can also make for a filling meal. Unleavened dough is rolled thin and made into a full circle, and then half is covered in filling. Fillings may include greens like chives, minced meat, pumpkin or fruits. The dough is folded in half to make a half-circle shape, then fried. 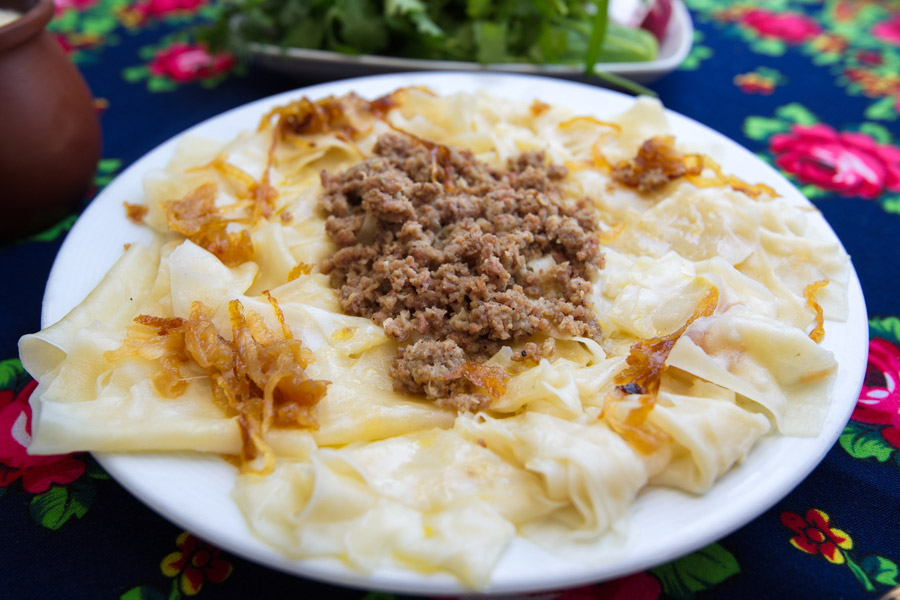 This hearty dish features wide noodles and meat, served with yogurt on top. There are several options, with some featuring different types of yogurt and meat.

Erishte is a noodle soup, with noodles made from flour, eggs, water, salt and milk. The noodles are then added to a rich soup with vegetables, and served hot.