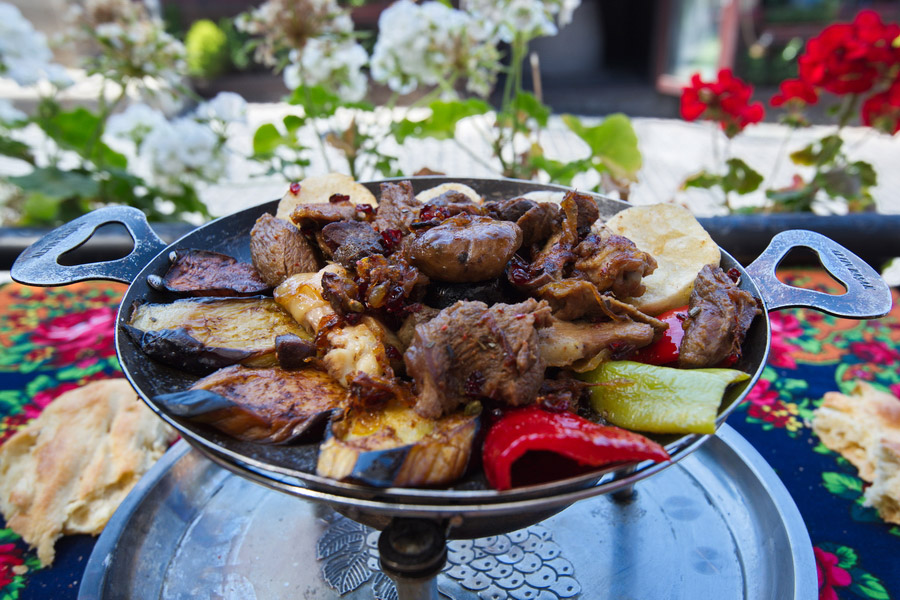 Meat plays a big role in Azerbaijani cuisine, with many dishes featuring meat as a main ingredient. Meat can be served on its own, like the famous kebabs and shashlyks, or as part of another dish, like dolma. No matter the dish, you’ll find that Azerbaijani meat is always cooked to bring out the finer flavors, and spices are added not to change the flavor but to complement the fine pieces of meat used in traditional Azerbaijani dishes. Azerbaijani cuisine is perfect for meat lovers, but also is good for people who like meat but enjoy more varied and diverse ingredients.

Sometimes called kebab, sometimes called shashlyk, this dish is a stable of Azerbaijani cuisine. Though there are a variety of ingredients that can be used, the basic idea of kebab stays the same: skewers are used to hold the main ingredients over coals, where they are slow-roasted, bringing out a soft, juicy flavor. Mutton, beef, chicken, fish, and vegetables can all be used in Azerbaijani kebabs, as can fat and organs like liver and kidney. The flavors of Azerbaijani kebab tend to be simpler, with spices used sparingly to bring out the flavors of the meat. Try kebab with a fresh lavash (flat bread), a glass of chilled ayran (yogurt drink), and a plate of fresh greens and finely-sliced onions. 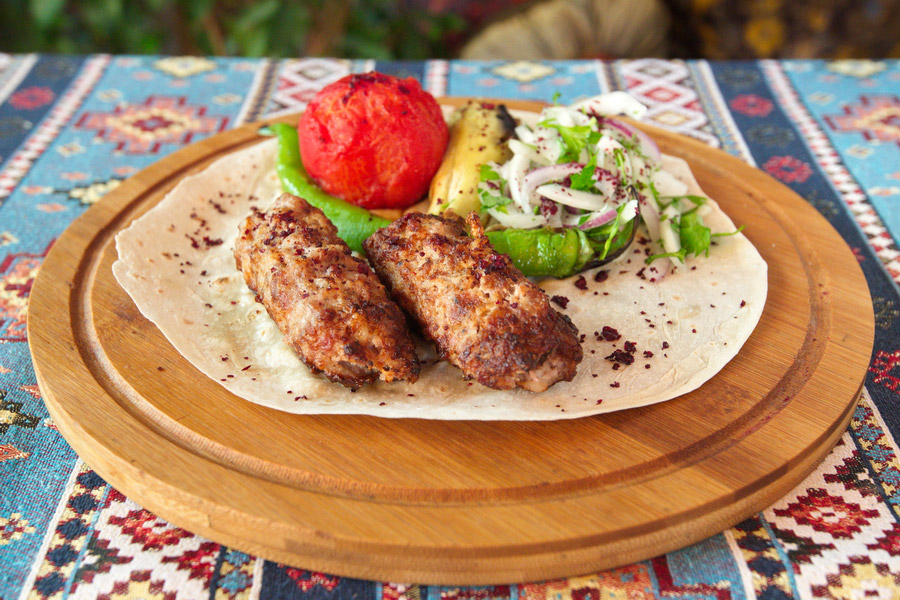 This is a special type of kebab, made from ground meat pressed around a skewer and roasted over coals. Onion, fat, and spices can be mixed in with the meat, and then served with flatbread and finely-sliced onion. Of all the many types of kebab in Azerbaijan, lyulya kebab is most often considered to be the most famous and the most “Azerbaijani”.

Another rather simple dish that lets the meat shine is korma. Made from bone-in mutton stewed with saffron, onions, tomatoes and other spices, korma uses fewer ingredients and a good amount of spices to make a flavorful dish.

Ground lamb is the starting point of this riza-kufta, made into meatballs and served with a rich tomato sauce. These meatballs are made without rice, and fried to a crisp golden brown. Onions, tomatoes, salt, pepper, and vinegar are stewed to make a thick and rich sauce, which is served over the meatballs and garnished with greens. Legend has it that this dish comes from Iran, where it was named after Riza Khan, the author of a famous book on Iranian foods.

These are large meatballs, with a little special twist. After a large meatball is formed into a circular shape, a small hole is made to the center of the meatball, and a bit of cold butter or an egg is placed in the center, and then reformed back into a ball shape. Then the whole meatball is fried in a pan, and served sprinkled with fresh greens. 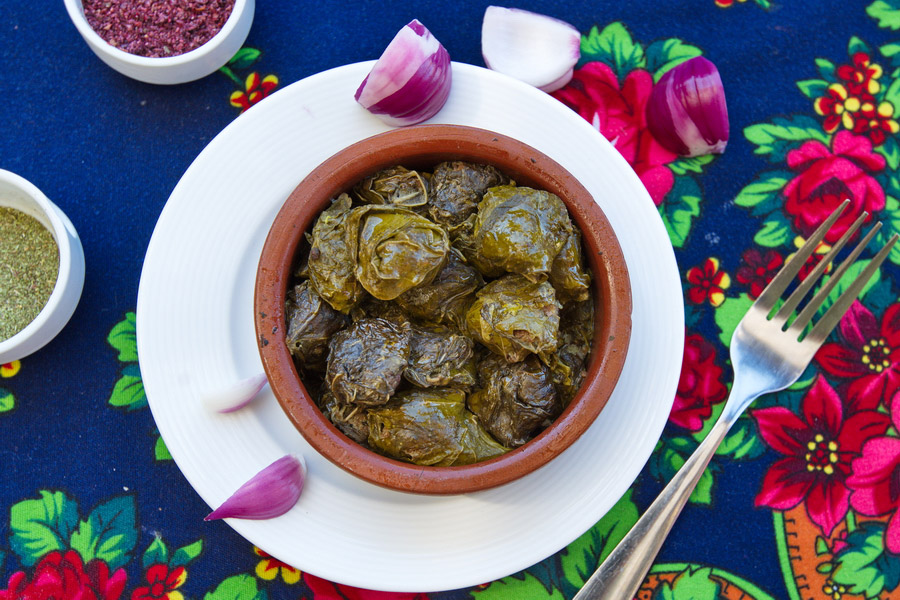 Dolma is a dish that can be almost anything, with ingredients and cooking styles creating a wide variety of versions. The simplest dolma is rice and ground mutton wrapped in boiled grape leaves, and then boiled until soft and served with matsoni (similar to yogurt). Some chefs add more ingredients to the filling, like greens, spices, chestnuts and tomatoes, whereas other versions swap out grape leaves for cabbage (kalam dolmasi), eggplant (badimjan dolmasi), pepper (biber dolmasi) and onion (sogan dolmasi), and some go even further, using quinces, apples and tomatoes to hold a filling. Dolma can be found in homes across Azerbaijan (and beyond), regardless of ethnicity or religion, and the techniques for making dolma are passed down through generations, making dolma central to Azerbaijani culture and traditions. In 2017, UNESCO added Azerbaijani dolma to the List of Intangible Cultural Heritage, recognizing this dish’s importance and rich culture. Visitors will also enjoy its rich flavors and filling ingredients.

The love for meat in Azerbaijan goes beyond just traditional cuts. Jiz biz traditionally features sheep liver, kidney, lung, heart and intestines, fried with onions and potatoes. The most traditional versions of jiz biz have a variety of organs, each cooked using special techniques, though modern versions may only have sheep or cow liver. A delicious and nutritious dish, jiz biz is nevertheless high on cholesterol.

With flavorful ingredients like pepper, tomato, onion, and meat (usually lamb or fish), buglama is a rich dish. The ingredients are combined in a pot, and water is added so that everything steams together (buglama in Azerbaijani means steamed).