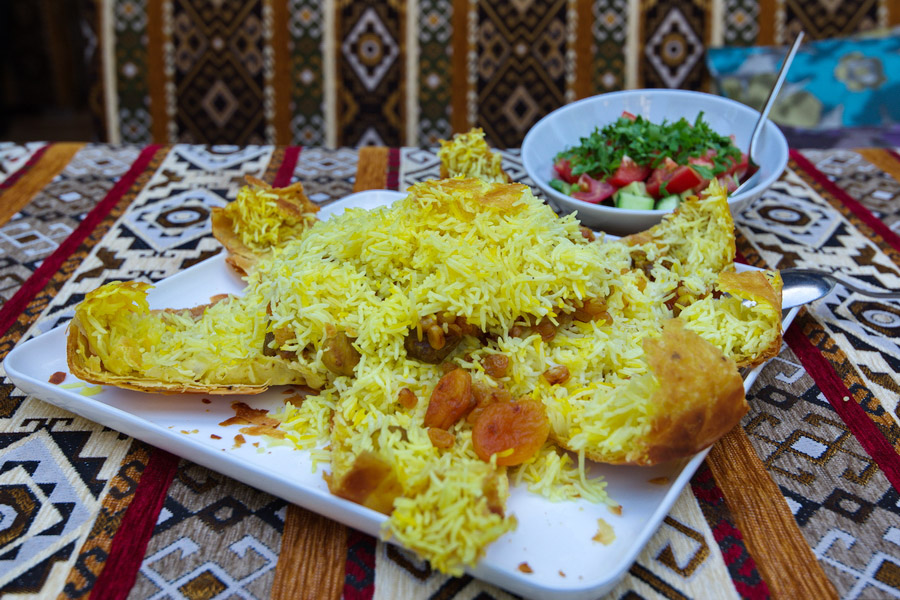 Even using relatively simple ingredients like rice, meat, and oil, Azerbaijani pilafs are full of flavor and variation. Different regions (and even different chefs) add their own ingredients and use their own techniques for cooking to make signature pilafs, which means that there’s more than enough to explore. Some people count 40 different types of pilaf (or plov), though there are probably many more. Rice is usually cooked separately from the rest of the ingredients, and only mixed when served. Pilafs are traditionally served at large events, like celebrations and weddings, or before a long journey.

The name of this pilaf already declares it as the king of pilafs. The most distinctive detail of shah plov is the crust, made of light and flaky flatbread that lines the dish where the pilaf is cooked. There are different ways of making shah plov, but all start with a base of saffron-infused rice. Chicken, meat, rice, raisins, nuts, dried apricots, roasted chestnuts, prunes, and other dried fruits and seasonings are used as toppings and additions on top.

Parcha-dosheme plov is cooked with all the ingredients in one pot, but placed in careful layers. Start with meat, then onions, then rice. Then there’s a layer of dried fruits and chestnuts, followed by a pyramid of rice at the very top. The whole pot of pilaf is then steamed, and saffron is added to the rice. When served, scoops of ingredients are piled on to plates, without mixing up the whole pot.

This sweet plov also features a crust on the bottom and plenty of dried fruits, but there’s no meat served with it. The rice should be light and fluffy, not sticky, and infused with saffron and topped with dried apricots, raisins, dates, and other dried fruits. Shirin plov is best served warm, not hot.

While many pilafs traditionally feature red meat, like mutton, toyuq plov is cooked with chicken (toyuq means chicken). Much of the rest is the same - fluffy rice, saffron, and dried fruits are common. 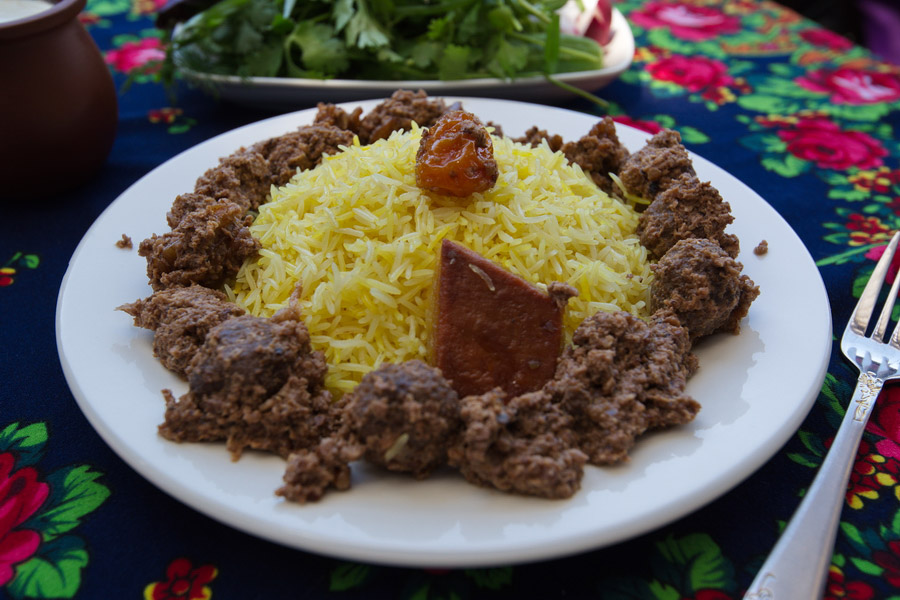 This version of pilaf combines a rich stew of meat, pomegranate paste, and ground walnuts, served with rice. Some versions use meatballs, some use chopped meat, and some use poultry.