«Georgian Airways» was founded in September 1993. The head office is based at the airport of Tbilisi. During the first half of 2000, the company updated its fleet and leased from German company "Hapag-Lloyd" few airplanes of Boeing 737-500. The airline operates scheduled flights from Georgia to Europe and the Middle East. 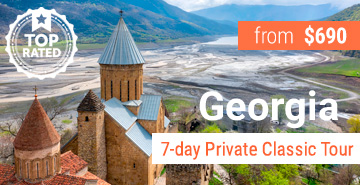