Baikonur Cosmodrome Museum is the next major attraction after rocket launches. The museum is located on the territory of the cosmodrome and calls with a stunning collection of exhibits, photos and real rocket spares - engines, paneling, navigation parts and many more. You will find the museum in the central part of the space center and it consists of three parts: spacious two-storey building, open-air exposition on the left hand, and on the right hand side two historical houses, where Sergey Korolev, the main rocket developer of the USSR, and Yuriy Gagarin, the first cosmonaut of the world, used to live.

Baikonur Cosmodrome Museum will give you in depth insight into rocket construction, history of space technologies development, how the space was explored and you will touch the items that had been to the space. The open-air exposition will fascinate you with the sizes of exhibited rocket engines, and there you can go up to the board of the space shuttle Buran and even try the seat of the pilot. Visiting the houses of Koroloev and Gagarin, you will witness how simply people used to live and work at the dawn of the Space Age. 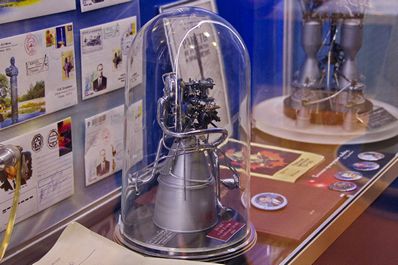 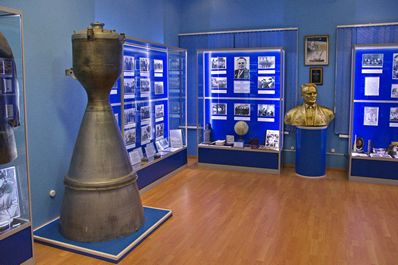 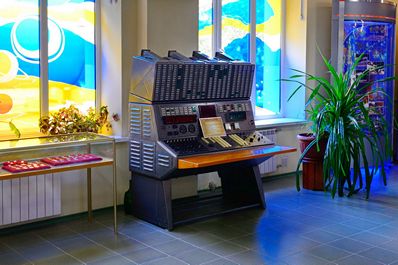 The history of the museum started with the House of Officers where future cosmonauts, military people and rocket developers were spending their free time arranging art evenings, cinema shows and other cultural events. Sometime later, they created a corner with different exhibits, memorable photos and handcrafts of cosmonauts. Gradually, this corner took the entire room, then more, and finally transformed into a real museum of cosmonautics. 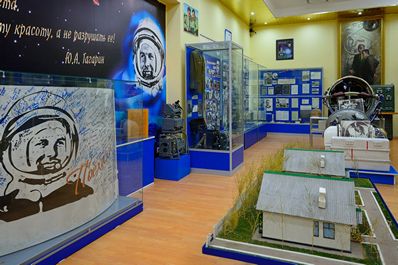 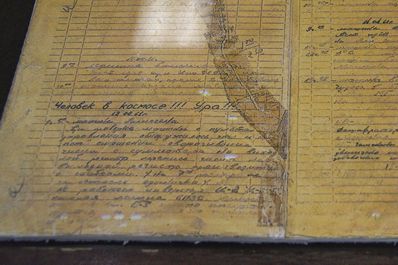 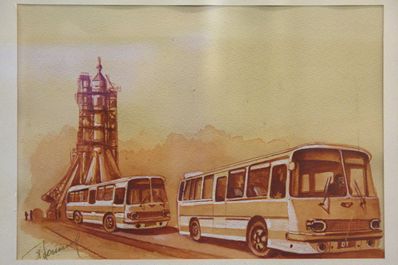 Full excursion may take over 5 hours or even longer. It starts with the hall dedicated to the development of cosmonautics as a science. Exposition of the hall is devoted to Konstantin Eduardovich Tsiolkovskiy, the founder of the theoretical cosmonautics, who in 1903 published the work titled “Exploration of Outer Space by Means of Rocket Devices”, proving an opportunity of a flight to space with the help of a rocket with a jet engine. 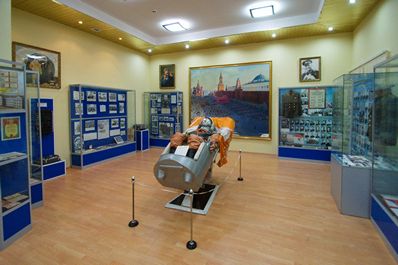 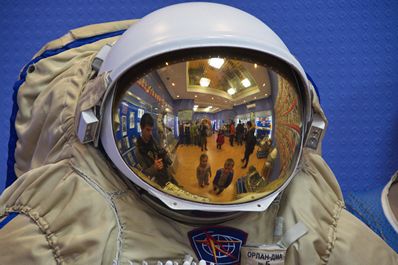 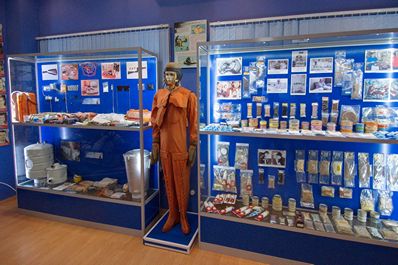 Further, the excursion continues to the second famous figure in the history of cosmonautics – Sergey Pavlovich Korolev. In this hall, you can see photos, documents and sketches of Korolev, the most involving among them are the models of jet engines he developed. The next hall is dedicated to the first stage of space flights. There you can learn how the first artificial Earth satellite was launched, see the model of capsule for animals sent to the space and many more of exhibits related to the first manned space launch. 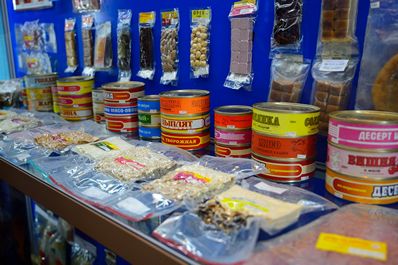 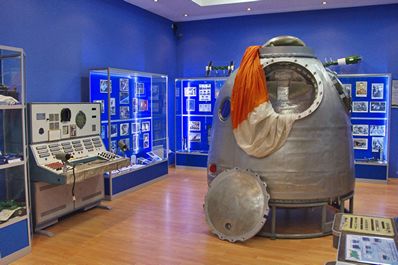 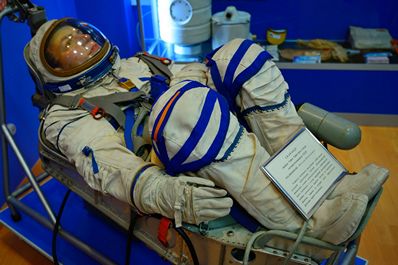 Baikonur Cosmodrome Museum also has a hall dedicated to zero gravity life of cosmonauts in the space. It is one of the most interesting expositions where you will see various models of spacesuits, helmets and other equipment used by cosmonauts. Another stand is about food that may be not only in tubes as perceived, but also in cans and vacuum bags. The special place is given to the model of the landing space ship Soyuz that delivered the cosmonauts back to Earth. 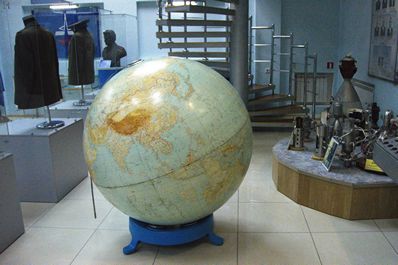 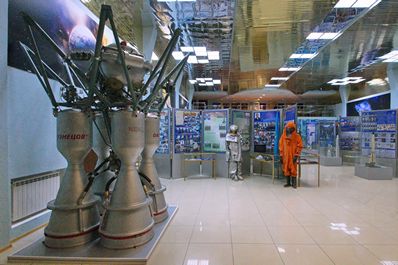 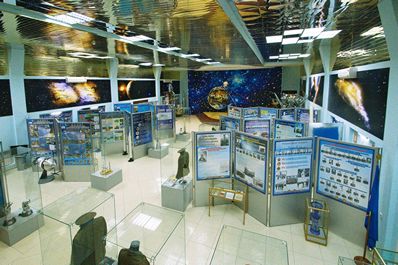 The last and the largest hall of the museum is a generalized exposition dedicated to people who had worked in various fields of rocket construction. It has completely different exhibits such as medals, orders and uniforms of cosmonauts; tools and rocket engines, created by different construction bureaus; miniature rockets and satellites; numerous photos and copies of historical documents. 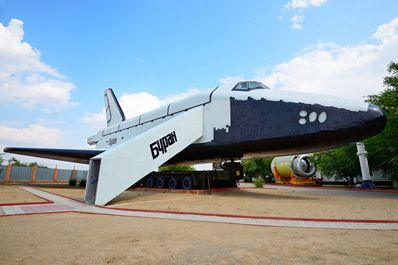 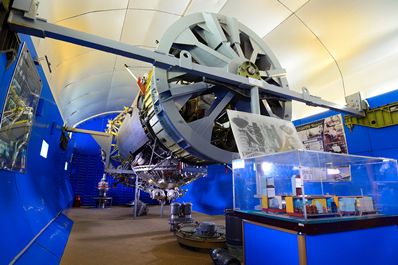 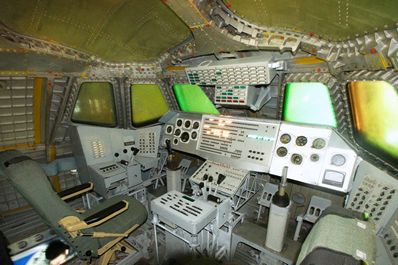 Open-air exposition located on the left side of the Baikonur Cosmodrome Museum is not big, but attracts no less attention with the space ship Buran taking the central place. First, you can see a full-size model of the space ship Soyuz, then shuttle Buran with samples of rocket engine placed around, launch table, radiolocation antenna as well as specialized automobile technology that was once used at the cosmodrome. You can explore inside of space shuttle Buran; you will find a cargo department with a mini-exposition upstairs; continue through the round gateway to the front part and go up the stairs to the cabin of pilots to take the control of the space ship. 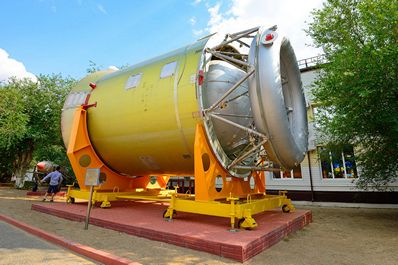 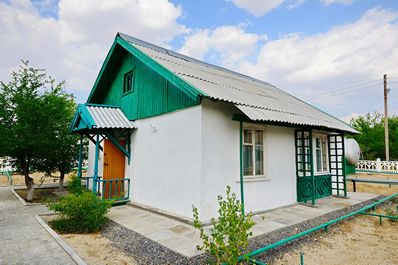 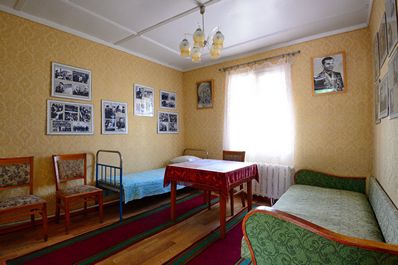 The last and the oldest part of the museum are the houses of Korolev and Gagarin located 200 m from the central building. The small brick houses have been preserved the way they were in the 1960’s. There you will see that the main rocket designer of the USSR and the first cosmonaut of the world used to live in rather simple conditions. It is to note that Korolev lived in his house in Baikonur for several years, and Gagarin – only few days during the preparation before the flight.

If you wish to learn as much as possible about the history of space exploration, rocket construction, survival in the space and even feel like a pilot of the space ship, then we highly recommend you to visit the Baikonur Cosmodrome Museum.