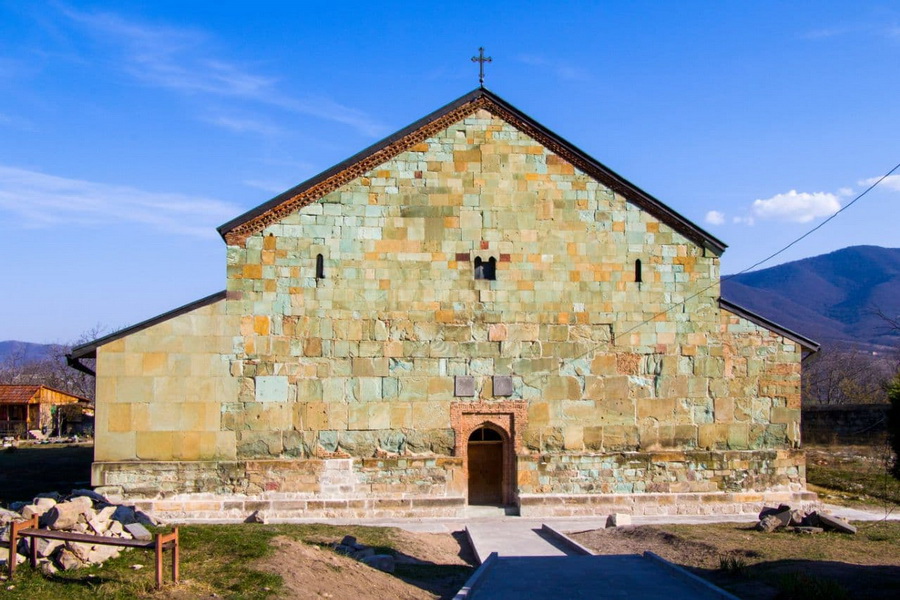 Ancient basilica of Bolnisi Sioni is located in a picturesque village of Kvemo-Bolnisi, 70 km away from Tbilisi, in the South-East of Georgia. The temple is the oldest preserved architectural monuments on the territory of the country. The construction dates back to 478-493 A.D., during the rule of legendary King Vakhtang Gorgasali.

This epoch is important for Georgia, as at these times the state and unique national culture were formed; Georgian church became independent from Constantinople, the capital city of the Byzantine Empire. 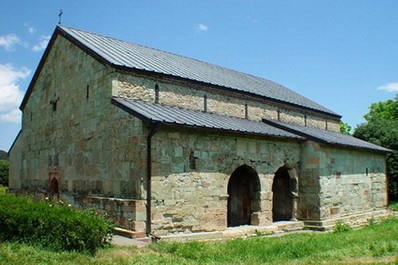 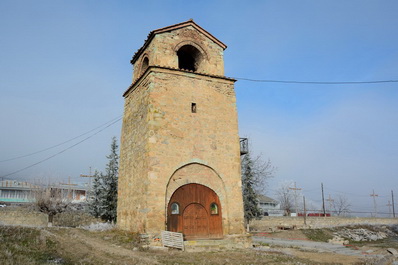 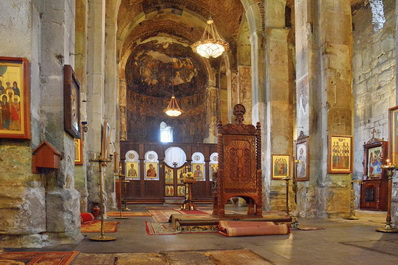 It is hard to overestimate significance of the church and its influence on Georgian culture. In addition to the fact that the building is the oldest in the country and still functions, the façade of Bolnisi has inscriptions representing the first samples of Georgian writing. The cross embossed on the eastern façade of the church, later called Bolnis cross, became one of the symbols of the state; it is depicted on the modern flag of Georgia.

The church design differs from the traditional samples of Georgian temple architecture; there is no rounded dome widely used in rather modern constructions. Two arched rows of columns located inside the basilica are adorned with geometric patterns. There is a bell tower next to the church. 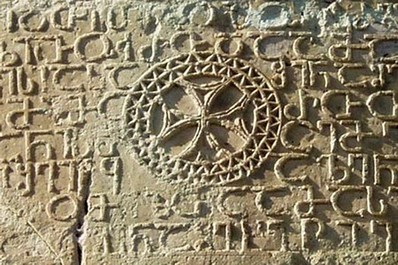 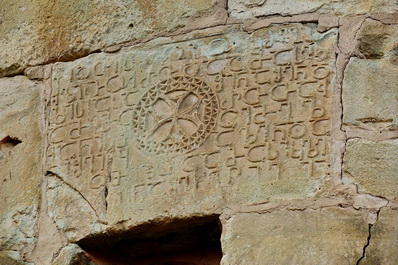 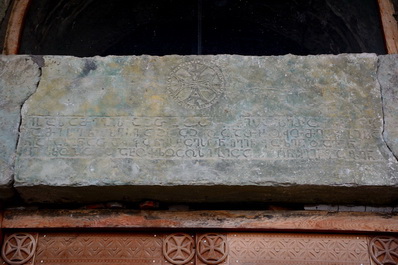 Outward look of the church is simple and succinct. Turquoise walls are tiled with smooth tuff. However, rich interior is hidden behind outer simplicity. With its ordinary forms and natural proportions, the interior creates impression of might. Rectangular construction of basilica reminds of the Ark of rescue.

To sum up, Bolnisi Sioni is one of those places that not only enriches with new knowledge and impressions, but also gifts spiritual nourishment.