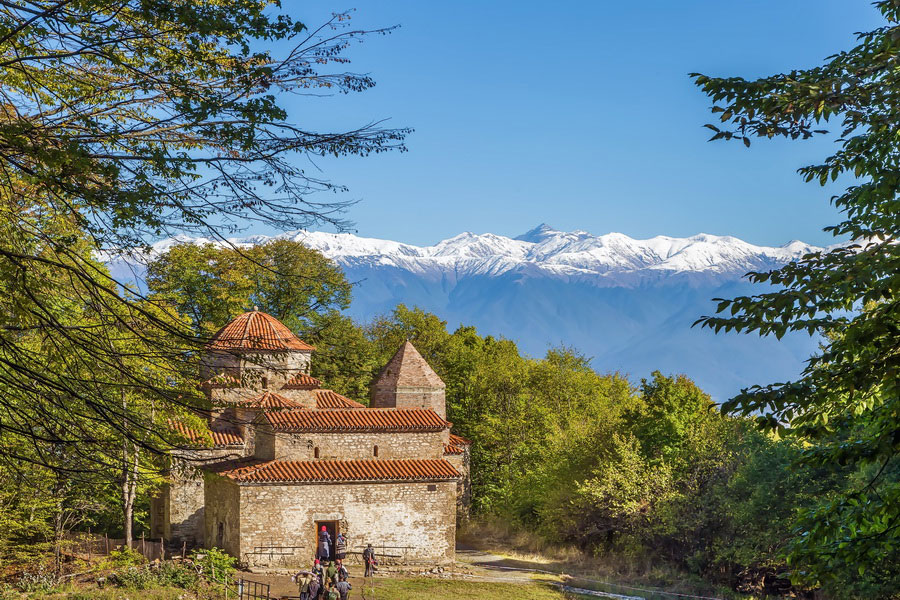 Near Telavi in the village of Shuamta you will see the fragments of Dzveli-Shuamta and Akhali Shuamta monasteries (old Shuamta and new Shauamta). These two monasteries absolutely differ from each other in architecture and were built at different times.

Dzveli Shuamta monastery is more ancient. It is a complex of several ancient churches. The small church standing in the foreground is dated the 5th century, the other two – bigger and smaller domical churches – the 7th century. The bigger church is very similar to Mtskheta Dzhvari temple. The churches have the 12th-century paintings. 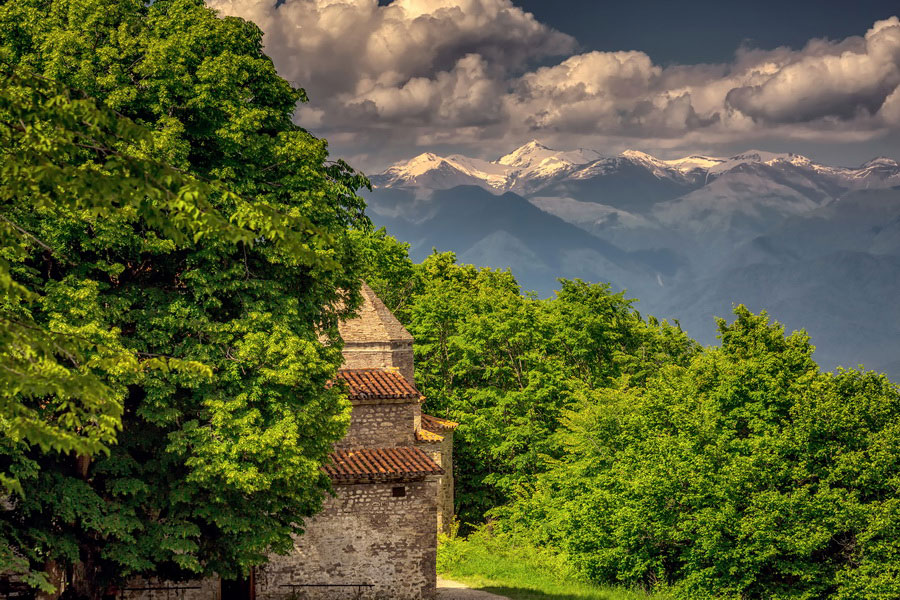 Akhali Shuamta Monastery was built later in the 16 th century. This monastery is still active. The big temple, the bell tower, the fencing parts of the monastery complex. According to the legend the monastery was constructed by Tina, the Kakhetin queen. When she was a little girl she had a dream where she was told to build an orthodox temple. In her dream she saw the site of the future monastery. The place appeared unfamiliar, and only when she married Kakhetin prince Levan, Tina recognized the place during her travel across Georgia. That was how the monastery was founded and later Tina took the veil there. 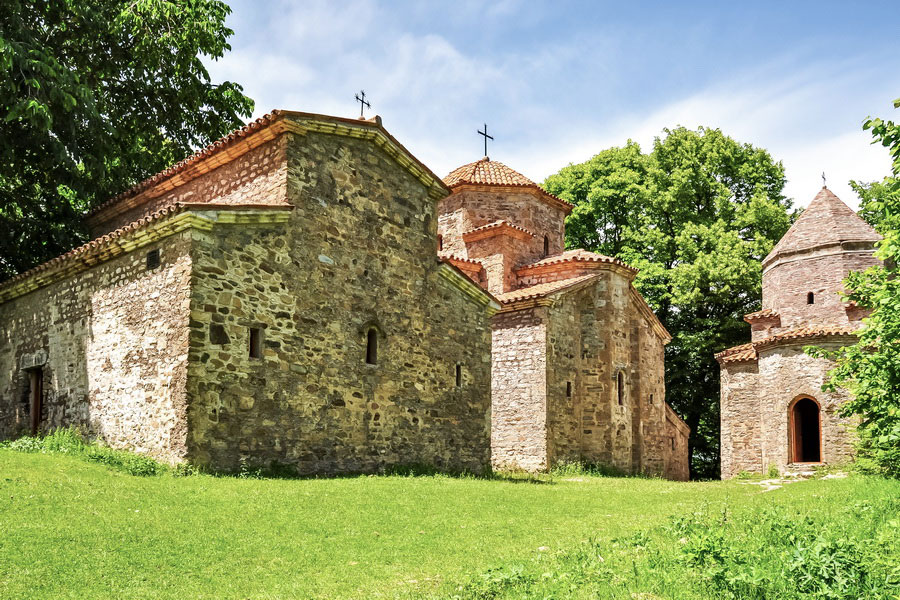