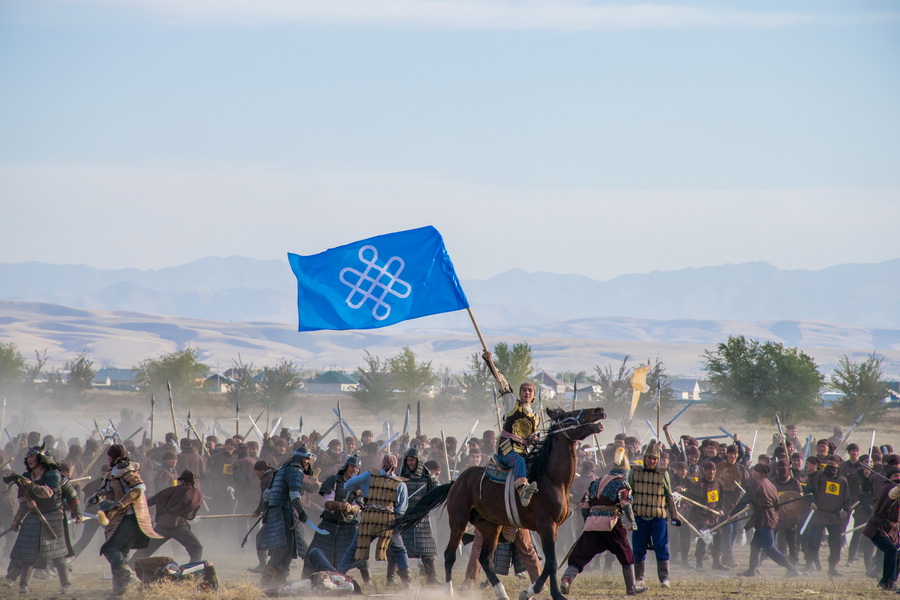 The territory of Kazakhstan has come to be mastered by man nearly a million years ago. As early as the age of Lower Paleolithic the ancient man settled down on these Karatau lands fit for normal life, rich with game and wild fruit. It is there that they have found ancient settlements of Stone Age. By and by, in the centuries of Middle and Upper Paleolithic the man came to master Central and Eastern Kazakhstan and Mangyshlak area.

As have been shown by excavations of the Neolithic settlement Botay in the North Kazakhstan, Kazakhstan constitutes the area of horse-mastering (breeding) and that of formation of nomad civilizations. Archeologists revealed dwellings, numerous hand-made articles of stone and ivory which present the ancient history of Kazakhstan in the Stone epoch in an altogether new way.

As early as the Bronze Age, some four millennia ago, the territory of Kazakhstan was inhabited by tribes of the so called Andron and Begazy-Dandybay culture. They were engaged in farming and cattle-breeding, they were fine warriors who handled combat chariots marvelously. To this day we can see images of chariots drawn on rocks where ancient people would arrange their tribal temples and sanctuaries with the firmament as their natural cover. On the surfaces of black cliffs burnt with the sun people would chisel out scenes of dances, images of sun-headed deities, mighty camels and bulls as impersonations of ancient gods.

Burial mounds of noble warriors scattered all throughout Kazakh steppes are known for magnificent size of mounds and burial vaults proper. Particularly famous are such necropolis in the steppes of Sary-Arka and Tagiskent in the Transaral area. People of that epoch were not only fine warriors, shepherds and farmers but also skilled metallurgists. They would take bronze and manufacture axes, knives, daggers and various decorations thereof.

It were they who initiated development of copper which is being practiced to this day - they are Zhezkazgan and Sayak copper quarries of today. Ancient people lived in large settlements and ancient towns surrounded with walls and fosses. These towns were inhabited with warriors and craftsmen, priests and farmers. These tribes lived on the territory of Kazakhstan for about a thousand years - from the XVIIth century BC to IX-VIII centuries AD.

Later on they were ousted by Saks. Such was the name given to this tribe by ancient Persians. The Chinese called them "se" whereas Greeks chose to call them Scythians. They were essentially nomads, semi-nomads and farmers. Yet, first and foremost, they were excellent horsemen. In fact Saks were the first ever horsemen in the world to master arrow-shooting at full tilt.

In VI-II centuries BC Saks set up their first state with its center in the Zhetysu (Semirechje) in South-East Kazakhstan. Kings of Saks were at the same time high priests. Saks had written language and mythology of their own, they were known for their well developed art of world standard labeled in research papers as "animal-styled art". Respective subjects were represented by predators and herbivorous animals and the struggle there between. Sheer masterpieces made of gold and bronze serve as worthy exhibits of best museums of the world. Linguistic situation was just as complicated. As is traditionally believed, in the course of the first millennium BC the population of Kazakhstan was mostly represented by native speakers of Indo-European and Indo-Iranian languages. However, of late, they are inclined to think that tribes of the Bronze Age, particularly those of Saks, included tribes that spoke prothoturkic languages.

More about History of Kazakhstan