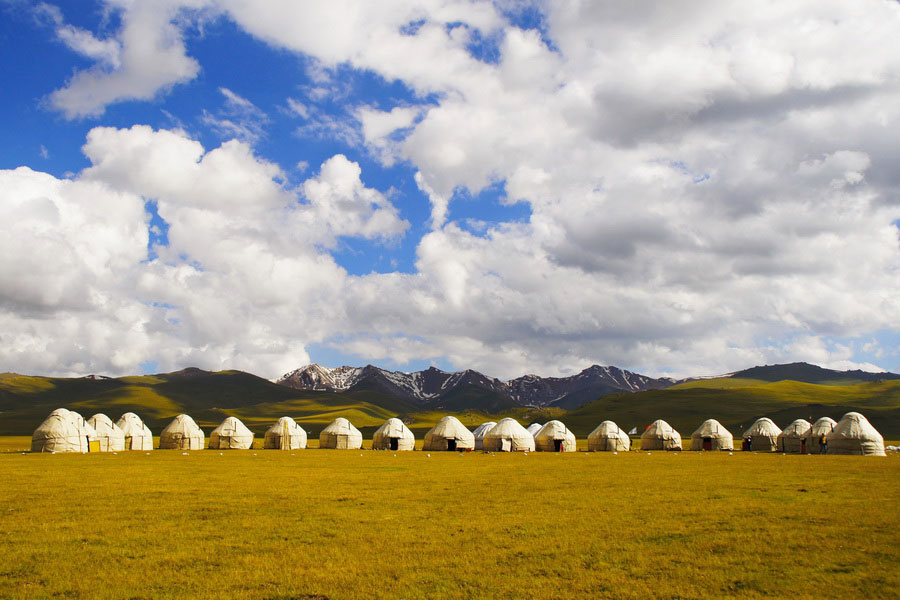 Kyrgyzstan offers many beautiful places that tourists can visit, including mountains, lakes, rivers, and historical sites. Please acquaint with interesting places of Kyrgyzstan and we hope that it will help you to plan better your vacation in this country. 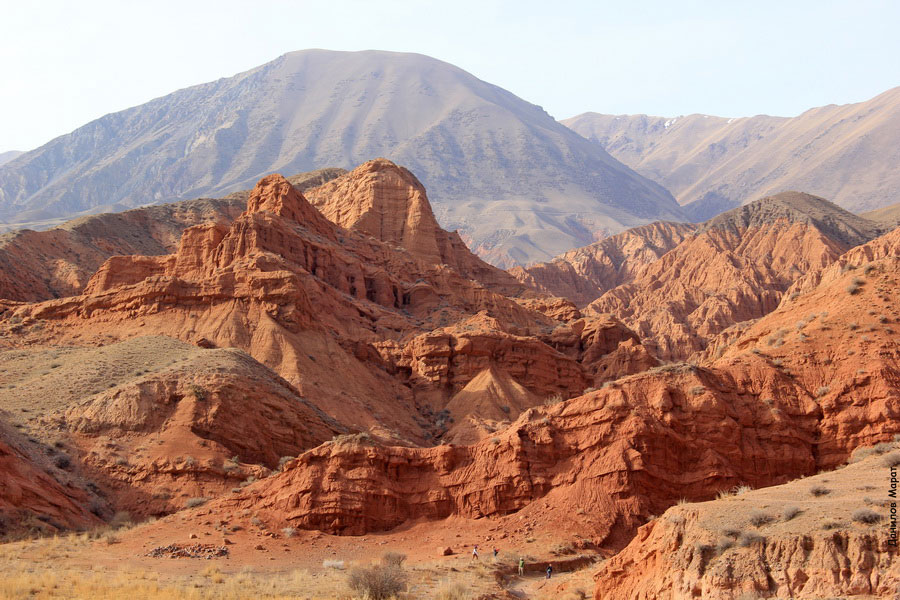 The Suusamyr Plain lush grasslands used for pasturing sheep in the summer; Kekemeren River with interesting, friendly, small villages; the valleys of the Kyrgyz Krebet (mountain range) including Ala Archa (home of the National Park), Alamedin (with the Tepliye Kluchi health resort), Issyk Ata (with it’s health resort, carving of the Buddha and virtually unknown high mountain pastures), Kegety (a narrow spectacular valley – good trekking country) and Shamsy (where the Shah of Iran had a hunting lodge – good trekking and horse riding country) - as well as the ‘grand canyons of Kyrgyzstan’ – Konorchak, and the gateway to Issyk Kul – Boom Gorge; Krasnaya Rechka; and the splendid Chon Kemin valley. 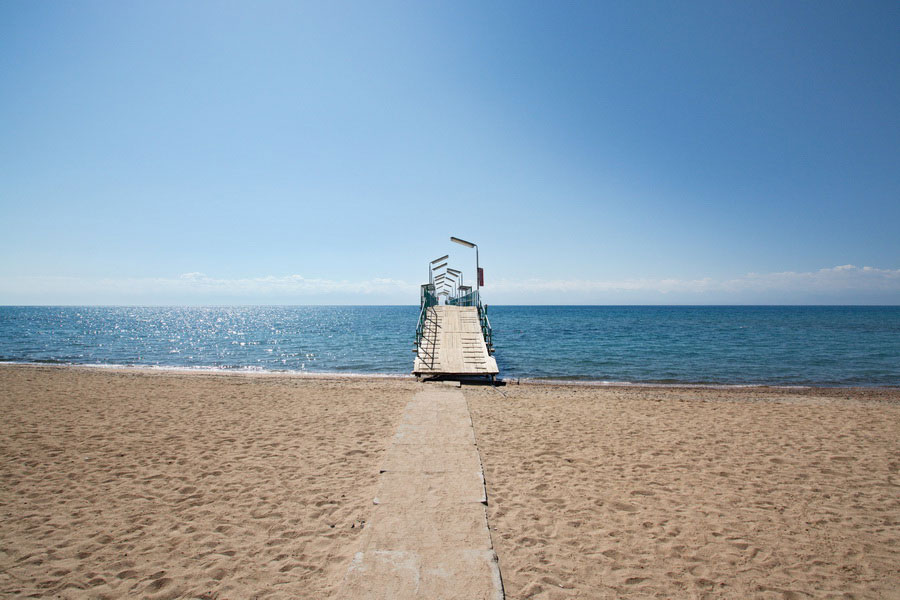 The Issyk-Kul Lake; the beauty of the Grigorievka and Semyenovka valleys in the Kungei Ala Too, or Altyn Arashan (hot spring), Karakol (Ala-Kul lake – altitude is 3532 m) and Djety Oguz valleys near Karakol; the Barskoon valley with Barskoon waterfall, Juuka (radon bath), Tamga gorge (Tamga-Tash with Tibetan inscriptions) in the Terskey Ala Too range. Near of the southern shore of the Issyk-Kul lake is located Salty Lake (Myortvoye Ozero has the same feature). Also the most famous is the Enilchek Glacier – actually there are two branches – Northern and Southern in the Peak Pobeda (7439 m)/Khan Tengri (6995 m) massif in the Eastern Tien Shan. The mysterious Merzbacher Lake, which form every summer and then, sometime in August, burst through the ice banks and the waters flow into the Enchilek River. 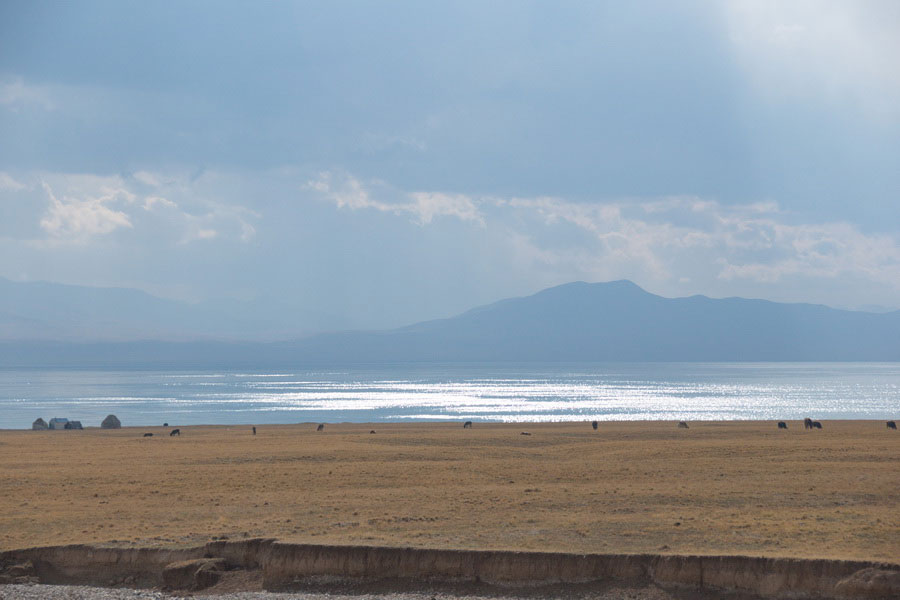 The Chon Tus sanatoria based on an old salt mine near of Kochkor; the remote mountain lake of Son Kul, lying at over 3000 meters on a treeless plateau ringed by mountains; the longest Naryn river of Kyrgyzstan; the Ece Naryn valley and Salkyntor State Park; lake Chatyr Kul near the border with China and the Ak Sai valley and the Torugart Pass to China.

The Besh Tash State Park; there are several sites where petroglyphs can be found; Sheker is the birthplace of the author Chingiz Aitmatov; and Kuporo Bazaar in the east of the valley offers spectacular scenery and several trekking routes. 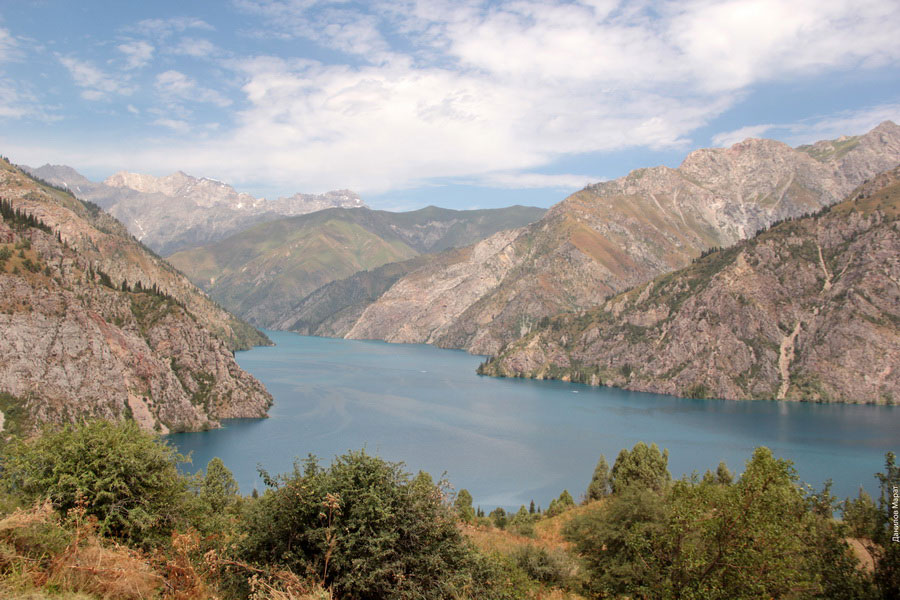 The walnut forests of Arslan Bob are known as the “Royal Woods” and Alexander the Great is thought to have found the trees here so enticing that he sent samples back to Greece. Sary Chelek is the largest of a series of small lakes and the area is protected to help preserve the special features of the eco-system found here. The Besh Aral State Reserve is another area of outstanding natural beauty. The Chatkal valley was once popular with sportsmen for training – and is virtually unexplored by modern tourists. 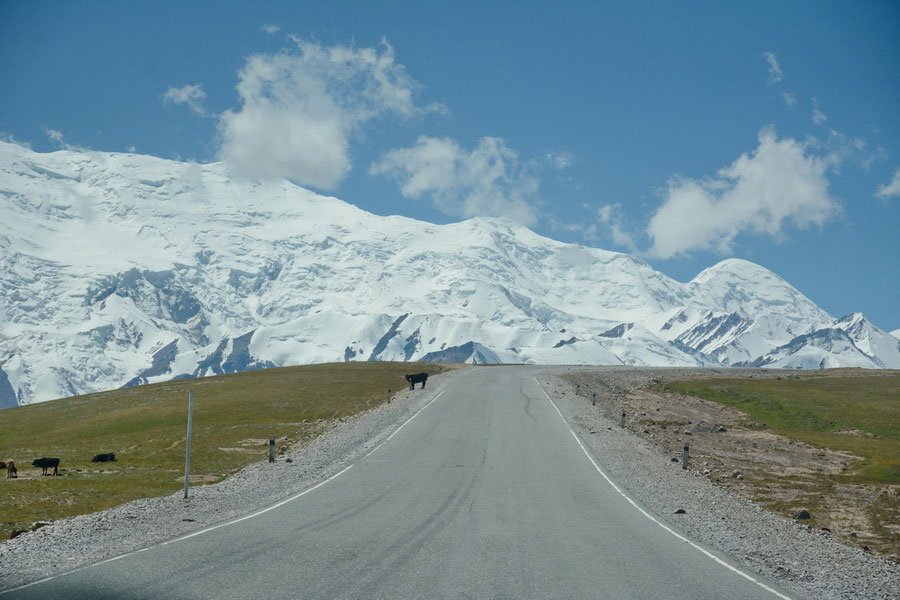 The Suleyman Mountian which is in the center of the city Osh, the Irkeshtam Pass to China and Kyzil Art pass on the Parmir highway to Tajikistan. Peak Lenin lies on the southern border with Tajikstan.

Among Kyrgyzstan regions this one is not very well known. There are a number of tour-bases around the oblast, (notably the “Pyramida-dolina”, Ak-Suu, and Ozgorush in the Laylak region, and Dugaba in the Kadamjaiski region) which have been host to a number of international mountaineering expeditions.