This unique architectural construction also called the mausoleum of Fakhreddin Razi has survived by a miracle. It had been constructed before the Mongol invasion to Urgench. The form of the mausoleum is distinguished by precision and simplicity of composition: a cube with a 12-side drum prism on it and external dome in the form of 12 - side tabernacle. 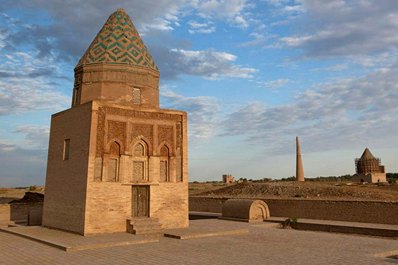 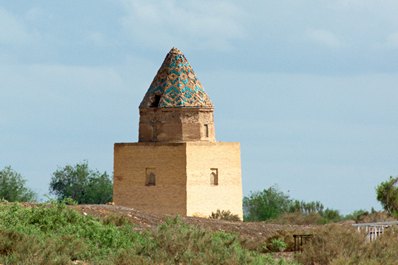 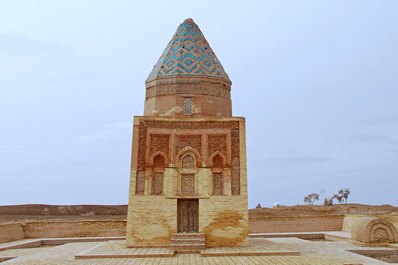 The Mausoleum of Il-Arslan was manually decorated with a relief carved terracotta expressed in an intricate ornament: vegetative and geometrical patterns. While decorating, a special medieval technique was applied. Raw bricks lying on the ground were covered with clay which was used for creating the most complicated relief ornament. Then the entire composition was cut in seams between the bricks and fired to be further assembled on facade.

So, the mausoleum of Il-Arslan is an absolutely unique building of the epoch testifying about the achievements of medieval architecture. 700 years have passed but this decoration still causes admiration with its perfection.