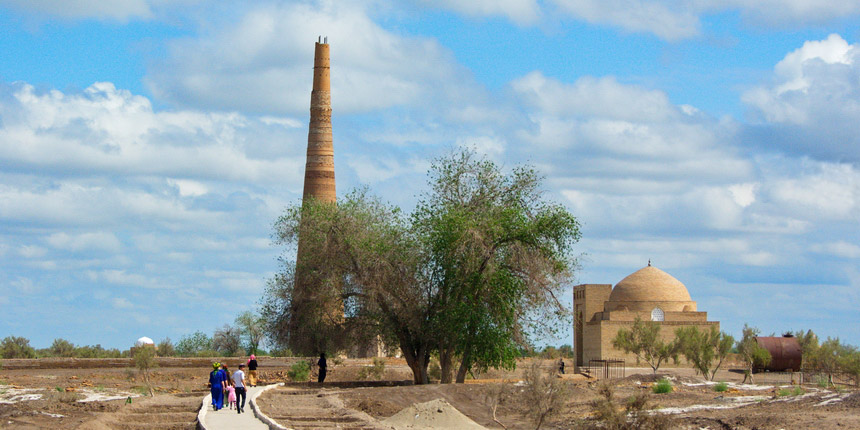 Tours, Attractions and Things To Do in Kunya-Urgench

Kunya-Urgench (Keneurgench) is an ancient city, the first mention of which dates back to the III-I centuries BC. It is found even in the Avesta, the main book of the Zoroastrians. There the city is called Urva (Urga). Caravans of the Great Silk Road passed through here, and the Chinese called the city Yue-gan, although it was located on the territory of the state of Khorezm. In the VIII century, the Arabs conquered the city and renamed it Gurganj. At the same time, the Khorezm ruler settled in Gurganj, declaring the city his residence. People began to move here, and soon the city became the second largest after Bukhara.

In the early Middle Ages, Gurganj experienced a cultural flourishing. At the same time, the city, located at the intersection of trade routes, was a major market center. Famous scientists Abu Ali ibn Sina and Abu Rayhan Beruni lived here. They worked at the Mamun Academy. By the way, it was here that Ibn Sina began to write the "Canon of Medical Science" and the "Book of Healing".

At various times, Gurganj was conquered by the Mamunids, Anushteginids and even Genghis Khan himself. The latter conquered Gurganj in 1221, severely destroying the city. In the XIV century, the city became subordinate to the Uzbek Khan - Sultan of the Golden Horde. Then, according to the merchant-traveler Ibn Batuta, Gurganj became the largest of the Turkic cities.

In 1388, Gurganj conquered Tamerlane. For several months of fighting, the city was almost wiped off the face of the earth. Soon after, almost all the residents of Gurganj left. Being torn apart, the city fell into oblivion.

People returned here only in 1831. They started building the Khan-Yab water utility. In 1924, the once majestic Kunya-Urgench became a Soviet settlement that became part of the Turkmen SSR. In 1992, the village was renamed Keneurgench, and 7 years later it was given the status of a city. 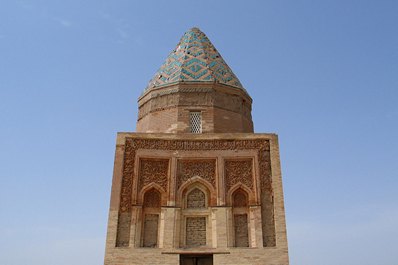 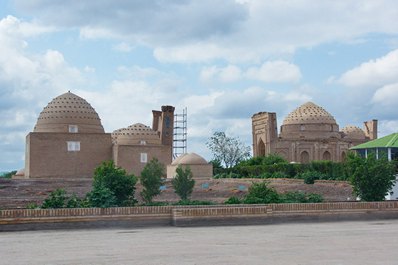 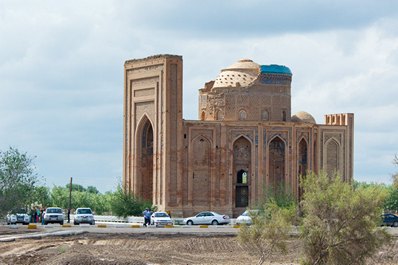 All the attractions of Kunya Urgench are located in the Old Town and are included in the UNESCO World Heritage List. Once the caravans of the Great Silk Road passed here. Today, several buildings of the XI-XVI centuries have been preserved in the city.

The Kutlug-Timur minaret, erected in the XIV century, is considered the tallest in Central Asia. Its length is 60-62 meters (the figures vary slightly depending on the sources). Once the majestic minaret was part of a mosque that was destroyed.

There is also a mausoleum of the XIV century, where the daughter of Uzbek Khan - Tyurabek-khanym is buried. The mausoleum is interesting with a dome mosaic panel depicting flowers and stars. It is believed that this ornament has no analogues.

Kyrk-molla Fortress is the most ancient monument of Kunya–Urgench. The fortress originated in the III-II centuries BC and had a different name. In the XIII century, the ruler of the city decided to build a palace for scientists on this site, hoping that forty thousand mullahs (literates) would work here. You should look into the medieval city of Ak-kala, the minaret of Mamun, erected in the X-XI centuries, the mausoleum of Khorezmshah Il-Arslan, built in the XII century, and other architectural monuments located on the territory of Kunya-Urgench. Not so many historical sites have survived to this day, and therefore we advise you to visit each one. 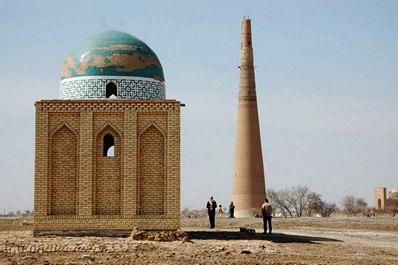 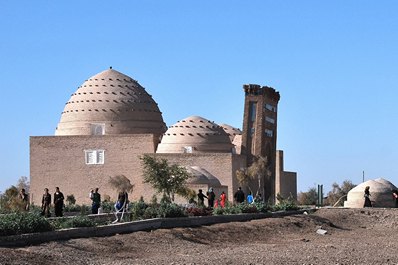 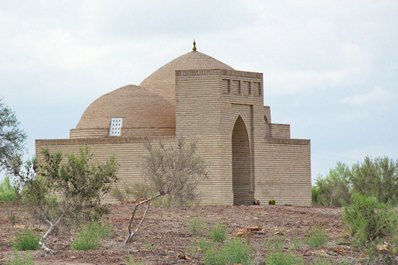