60 - meter high minaret of Kutlug-Timur is the highest monument in Central Asia even in comparison to the mausoleum of Sultan Sandzhar.

The minaret is shaped like a conic column. Slim tapered circular trunk is divided by eighteen belts (strips) painted by an ornament and three belts of inscriptions in Kufi. In the past the minaret had a wooden Iranian lantern which had burned during a fire. To get to the top you would use a spiral staircase of 145 steps but the staircase was only accessible from the roof of the mosque which does not exist any more. 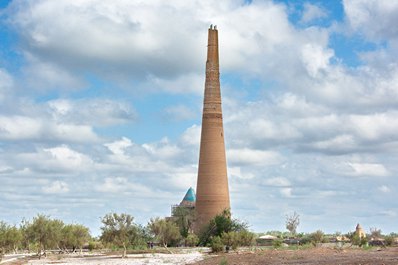 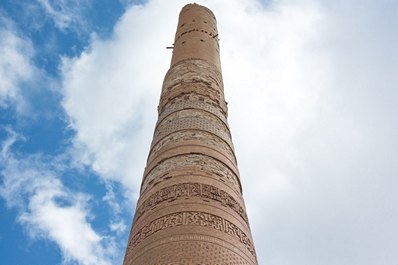 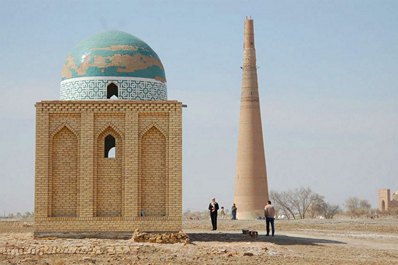 The Minaret of Kutlug-Timur is deprived of the rich decor of Central Asian minarets of the 11th - 12th, but it surpasses them due to its boldness of design: the height and harmony of proportions.