Weather and Climate in Turkmenistan

The Hottest Country in Central Asia

The climate in Turkmenistan that mostly consists of plains and deserts, is continental and dry. Milder weather is in mountainous regions and on the shores of the Caspian Sea that is the western border of the country. The lowest temperature of -32° С was registered in winter in deserted regions and highest up to +50° С in summer. Even in summer period, night time temperature in deserts may fall down to +14-18° С causing up to 30° С fluctuations of diurnal temperature.

It rarely rains or snows in Turkmenistan. Precipitation is in average 80mm a year, in mountainous regions it reaches 300-400 mm. Mainly, snow and rainfalls happen in the period of December to March; the rest of the time the weather is clear and cloudless. If you are travelling to Turkmenistan, we recommend to take sunglasses, headdress and sunscreen. 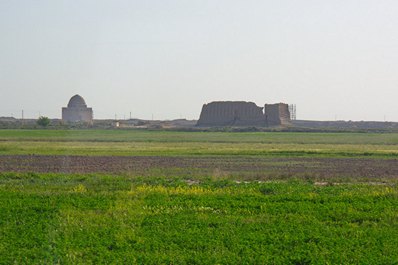 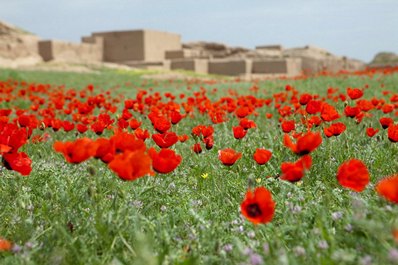 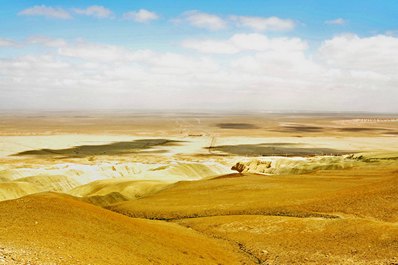 Weather in Turkmenistan in spring is the best for traveling. In March, temperature reaches +15° С during the daytime and +22° С in April, and as of May, it has summer weather reaching +32° С. Even in April, periodically temperature may drastically jump to +40° С.

Summers in Turkmenistan does not correspond to the calendar; it starts in May and ends in September. Summers are very hot and dry. Daytime temperature usually is marked +40-45° С and thus streets get completely abandoned. In cities of Turkmenistan, you can often see huge thermometers and traffic lights are chromium-plated as black plastic melts at heat. It is rather comfortable in the mountainous regions of Turkmenistan or on the shores of the Caspian Sea. 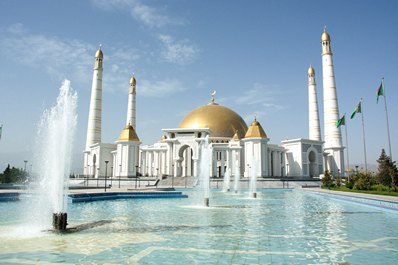 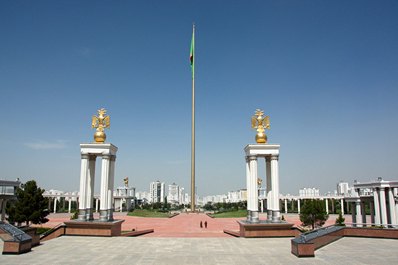 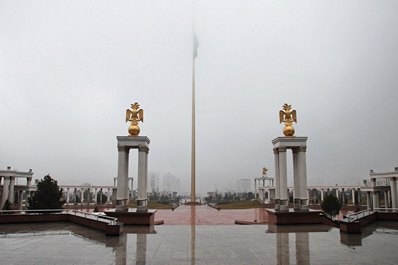 Autumn in Turkmenistan runs from October to November. In October, daily temperatures keep at +20° С and in November at +14° С. It is great time to travel to Turkmenistan as you can enjoy excursions to sights at comfortable weather conditions.

Winters in Turkmenistan are rather mild – temperature remains at around +8-9° С, with some light frosts falling to -15° С. Most of precipitation falls during this period.

Summing up, the best time for Turkmenistan trip is the period of March-April and October-November. May and September as well as winter months can be relatively comfortable too. Summers are not recommended for traveling to Turkmenistan.