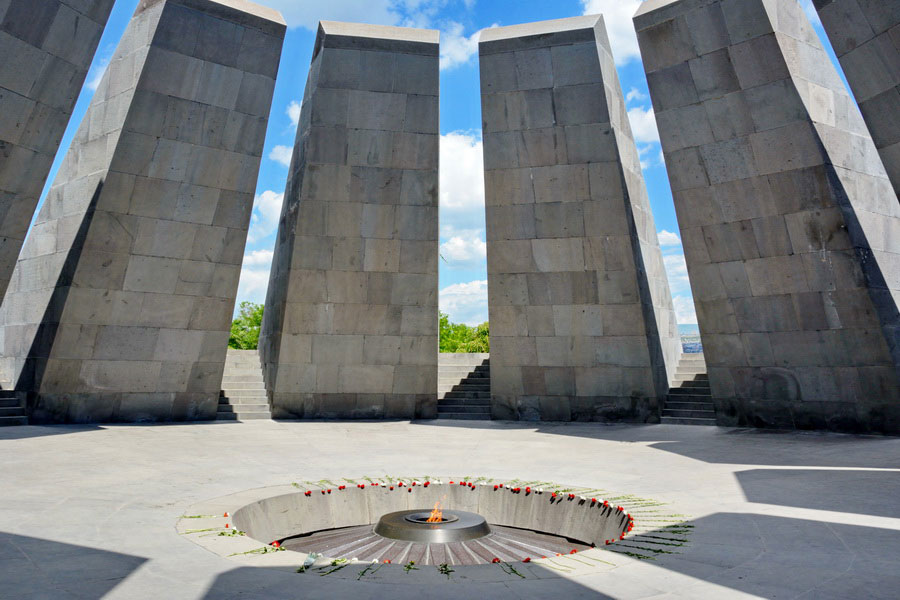 The date is not accidental for this Armenian ‘holiday’.  On April 24, 1915, hundreds of representatives of the Armenian intelligentsia were arrested in Constantinople by Turkish authorities. They were then moved to two holding centers near Angora (nowadays Ankara). The arrests expanded into massacres of Armenian men conducted throughout the Ottoman Empire. Women, children, and the elderly were exiled into the Syrian Desert, where most of them died or were kidnapped and enslaved by other ethnic groups. The genocide is estimated to have cost the lives of more than one million people.

The first Remembrance Day was held by a group of genocide survivors in 1919 in Istanbul. The date began to be observed regularly, and Armenians all over the globe began to advocate for its international recognition.

In 1975, the U.S. House of Representatives recognized April 24 as the National Day of Remembrance of Man's Inhumanity to Man. In 1988, the Armenian Soviet Socialist Republic adopted April 24 as a public holiday. Since then, Argentina, Canada and France have also recognized the genocide in one form or another.

Today, on each anniversary, hundreds of thousands of Armenians participate in a mourning procession that marches silently through the streets of Yerevan to the Armenian Genocide Memorial. On Genocide Remembrance Day in Armenia each mourner brings flowers to place at the site, paying homage to their relatives and countrymen who lost their lives in the massacre.

Genocide Remembrance Day   This most somber of Armenian state holidays commemorates the victims of the Armenian Genocide.
Armenia
Armenia