If you wish to learn about this ancient city, see its most famous artifacts, and hear the stories of Azerbaijan, then you won’t find a better place than the Azerbaijan National History Museum in Baku.

The building itself is a cultural monument: the luxurious palace was constructed at the end of the 19th century by Gaji Zeynalabdin Tagiev, a well-known philanthropist and patron of the arts. After discovering oil, he became the richest man in Russia, and he built his massive palace to live in with his second wife. However, when Soviet forces moved in to Baku in 1920, he fled, and his palace was confiscated as state property and turned into the museum that it is today.

The Azerbaijan National History Museum first opened to the public in 1921, and since then, over 300,000 artifacts have become part of the collection. Among them are important documents that shaped the history of Azerbaijan, weapons, jewelry, clothing, exquisite handmade carpets, old books, and much more. The whole first floor is dedicated to more ancient history, featuring items found on archaeological digs and on the floor of the Caspian Sea. These items show the technical mastery and development of Azerbaijani culture, even as it was centuries ago, and also how connected Azerbaijan was with the rest of the world. The second floor includes some rooms of the preserved palace, plus more exhibits and documents from modern history. 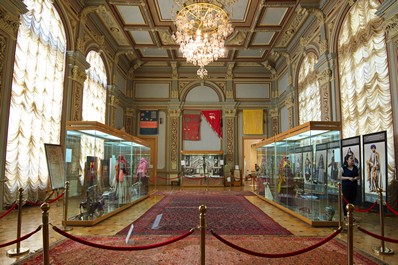 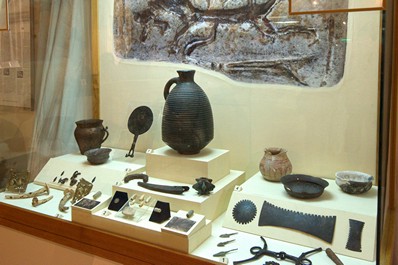 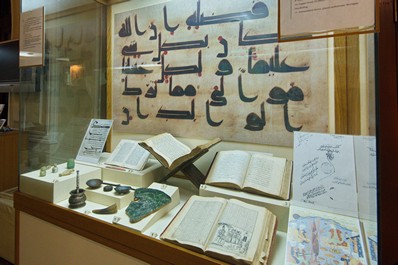 Due to the scale of the collection, visitors only see a small part, even though the exhibition space is impressive, and reflect the history of Azerbaijan from ancient days through the present. The exhibits are divided up into six sections: ancient and medieval centuries, recent history, the modern era, currencies, ethnography, as well as a department of science and education. The Azerbaijan National History Museum also contains a laboratory for restoration and a research committee for designing and maintaining the collections.

Discover the rich history of this beautiful country with the professional guides who work at the museum, and tour Azerbaijan from the dawn of history to the present day at the Azerbaijan National History Museum.