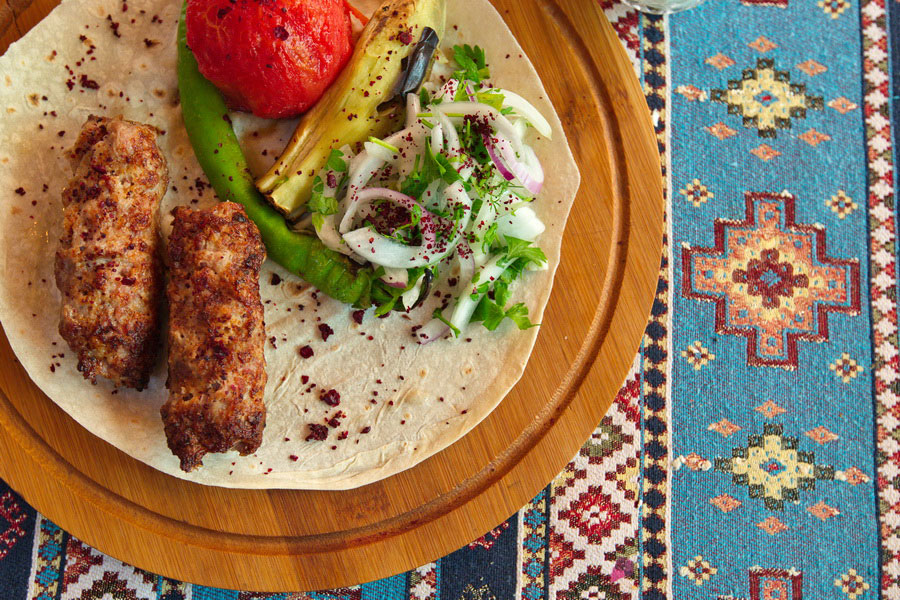 Azerbaijani cuisine is famous for the fact that in Azerbaijan it is impossible to leave the table hungry. Not only tourists but also locals find the diversity of meat dishes, fresh vegetables, and fruits alluring. But did you know that you can also taste Italian, French, American, Mexican, Lebanese, Indian, Russian, Pakistani, and a variety of other cuisines in Azerbaijan? Cuisine in Azerbaijan today may be divided into four subgroups: Azerbaijani, European, Asian, and Caucasian cuisines.

Traditional Azerbaijani cuisine is the country's most valuable asset. From children to the elderly, everyone enjoys it. Azerbaijani food is served not only in cafes and restaurants but also in almost every household. The abundance of meat, fish, vegetables, spices, and seasonings makes this cuisine unique.

American cuisine in Azerbaijan is represented by several world-famous fast-food chains like McDonald's and Starbucks. Steaks and BBQs are also very popular among Azerbaijanis.

Moreover, locals are familiar with the spiciness of Mexican cuisine. Mexican dishes are available not only in European restaurants but also in several Azerbaijani eateries, providing tacos, nachos, burritos, as well as pouring tequila.

There are no separate Russian restaurants in Azerbaijan, but almost all European restaurants serve dumplings, Russian pies, herring with boiled potatoes, cabbage rolls, borscht, and compote.

There are a handful of Indian restaurants in Azerbaijan where you will be served thali platters, chapati bread, palak paneer, dahi vada fritters, dhal lentils, and other Indian specialties.

Lebanese cuisine is distinguished by an abundance of vegetables, fruits, fish, and legumes. Even though there are not many Lebanese restaurants in Azerbaijan, you will encounter Lebanese dishes like hummus, kibbe, Fattoush, Samborski, tabouleh, and sweet maamoul on menus of many local restaurants.

In Azerbaijan, there aren't many Uzbek restaurants, but those that do operate will win your heart with excellent pilafs, manti dumplings, juicy barbecue, and samsa pastries.

Visiting Azerbaijan is not only a touristic adventure but also a gastronomic journey. Azerbaijani cuisine is worth a separate tour. Be warned! after you learn what dishes Azerbaijanis enjoy and explore the diversity of cuisines represented in the country, you may find yourself with a few extra kilos on the scale.