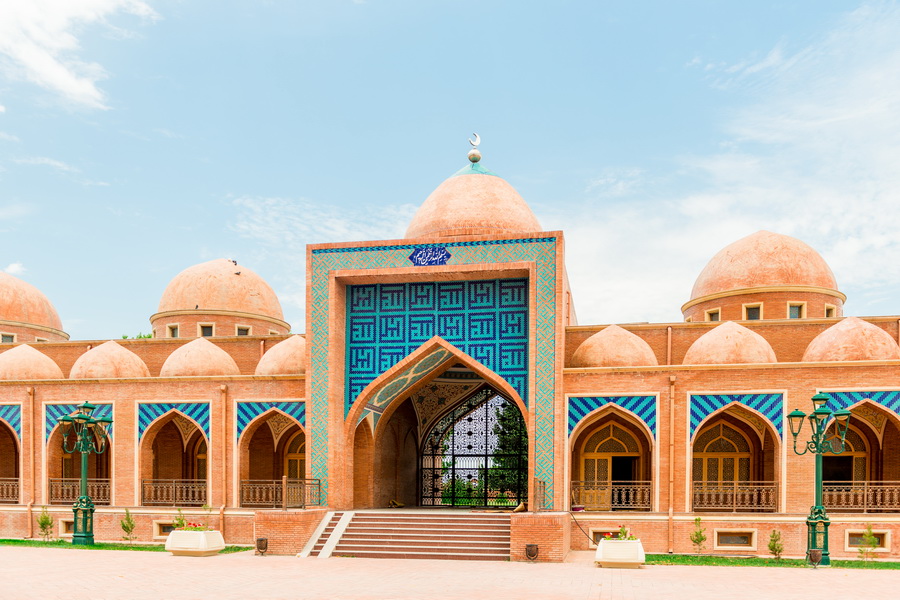 One of the main landmarks of the city survived from time immemorial is the mausoleum of Sheikh Ibragim erected on the burial ground of the son of Imam Mohammed Bagir who died in the 6th century. The mausoleum is also known under the names of: "Gei-imam", meaning the blue color of its dome, and "Imam-zade" - the traditional name of the mausoleums where descendants of prophet Ali (literally "sons of the prophet") were buried.

Imam-zade Mausoleum is a Muslim relic and annually receives crowds of pilgrims. The Mausoleum complex hosts a cemetery, small mosques, a caravanserai and other structures. All these were then surrounded by a brick wall. The ancient cemetery is a unique place in Azerbaijan where you can see the great number of monuments with portrait images.

In spite of the fact that the Mausoleum was restored in the 19th century it has a rather dilapidated look. However, this does not make this monument less attractive to tourists as it has preserved the spirit ancient times. The architectural complex of this landmark is protected by the state.  As for the mosque it is still active.