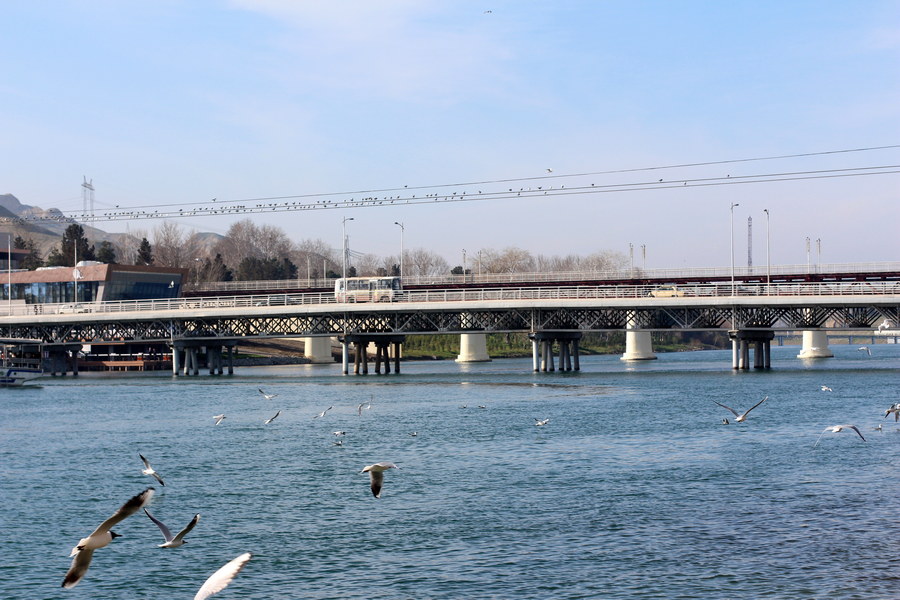 Tours, Attractions and Things To Do in Mingechevir

Mingechaur is located on the Kura River . It is well-known first of all for its water basin which local residents call the “Mingechaur Sea”. It provides nearby areas of the republic with water. Located on the coast of the water basin is the tourist center with a magnificent view on the sandy beach.

But it is not only the "sea" that attracts tourists. Mingechaur is the place where archeologists found an entire complex of monuments dated from 2,000 BC to 17 th century AD including remains of settlements, burial mounds, burial grounds, amphora burials, and even Christian temples. The city has a theatre and a local history museum with the collection reflecting the rich history of the area.

The city of Mingechevir is located on both banks of the Kura river. This territory was populated already in 3,000 BC. Thus, the total age of the city is more than 4,500 years of glorious history. And they are not simple words. Numerous archeological materials found on the territory of Mingechevir testify to this.

During excavations archaeologists found Greek, Roman, Arshakid coins which is the evidence of intensive trade in the region. Mingechevir chronicles describe it as the center of craft workshops, shops, baths etc. In the 18th century the population of the city completely moved to the left bank of the Kura. Today Mingechevir is a large industrial centre, the fourth largest city of Azerbaijan after Baku, Sumgait and Ganja

Left Bank of the Kura River

The main part of Mingechevir archeological complex is located on the left bank of the Kura where previously stood the ancient settlement of Sudagylan. The ruins of urban settlements, two-tier potter's furnaces(1st - 8th centuries), houses from raw bricks, metal, stone and bone tools, household objects, faience items, Sasanid and the Arabian coins of the early Middle Ages were found there.

The archeologists also found there architectural remains of cult structures. In the center of the site they discovered the ruins of an ancient cult structure.

The main part of temple was occupied by a big hall for prayers with the fragments of wall plaster painted with plant paints.

The temple entrance was located in the southwest wall. Opposite the entrance is a big stone capital with the images of two peacocks. From the southeast the temple is adjoined with three small rooms. The walls of the temple are made from raw bricks. The average thickness of the wall is 1.5 meters . The structure was covered with wood-based tiles. The temple contained a small square burial structure from burnt bricks.

Sasanid coins found in the temple relate the date of construction to 5th - 6th centuries.

After Mongol occupation in 14th - 17th centuries the population moved to the right bank of the Kura .

Right Bank of the Kura River

The lowermost layer of this archeological reserve is the ancient sepulchral field. There were found the well-known amphora burials of Mingechevir (more than 300).

In these tombs the deceased lie with their heads toward the entrance. Their knees and heads are bent in the symbol of a womb. All crypts are red: since the most ancient times red color has symbolized blood, and blood means life. In such burials they found a lot of utensils: pots and jugs. The utensils used for a funeral ceremony was a cult of that period of history and speaks about ancient people belief in resurrection. The tombs also contained rectangular two-tier furnaces, iron tools, jewelry, coins of antique period. All these testify about the way of life of the tribes which inhabited this territory.

More than 200 burial places and mounds were explored on the cemetery of that period. In the burial mounds they found people together with animals: bulls, horses and also valuable utensils. Apparently those were the tombs of chiefs.

The average and top layer of excavation is related to the Bronze and Iron ages. There were found stone tools, bronze weapon, wells, potter and metal-melting furnaces, faience objects, bones of animals and fishes and many other things.