Landmarks and Attractions of Kashgar

Sightseeing in Kashgar - touch of  the history roots of the region

Kashgar is not just a cultural center of Xinjiang, this is a place where every street is steeped in history. Unlike other cities in Xinjiang, Kashgar is distinguished by its traditional Muslim architecture and an abundance of ecclesiastical monuments.

One of the main Kashgar attractions is the Id Kah Mosque, one of the largest mosques in Central Asia. Friday prayer brings together up to 10,000 people, many of whom are praying in the square outside the mosque. The Id Kah Mosque is a kind of Mecca for Chinese Muslims, where up to 100,000 people gather during holidays. 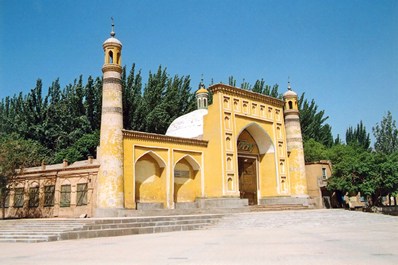 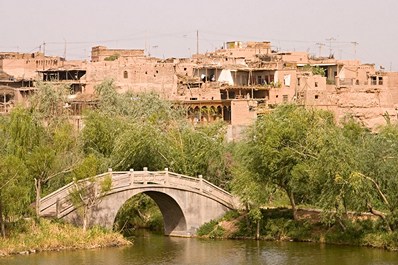 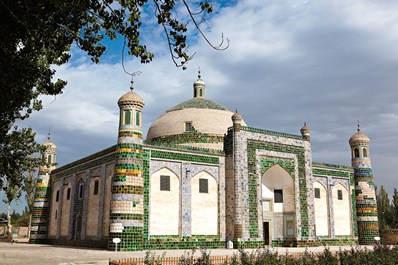 Near the city’s center there is another religious attraction - the Mausoleum of Khoja Abajo, built in 1640. It is a deposition place of five generations of his family, including Khoja Abajo himself, the famous Islamic preacher. This also includes the tomb of Turkish Princess Syanfey. She was a favorite concubine of the Chinese Emperor Qianlong, a native of Kashgar. The Kashgarians say that the princess was not only a beautiful woman, but also a great warrior, master of martial arts.

When visiting Kashgar do not forget about Gaotay village, located near the city. There, for thousands years, the best craftsmen of Kashgar were creating their unique pieces of work.

Today, the village is populated with a few thousand of inhabitants, many of whom are engaged in traditional craft. Every year thousands of tourists come to Gaotay to watch the making of pieces of handicrafts in process.