China is a multi-confessional country. The Chinese people practice Buddhism, Taoism, Islam, Catholicism, Protestantism and Confucianism. Freedom of religion is guaranteed by the Constitution of the PRC. There is a special body at the State Council which is responsible for rendering assistance to all confessional groups in China.

One of the most widespread religions in China is Buddhism. Buddhism found its way to China from India by the caravan routes of the Great Silk Road in the II century BC. Today, Buddhism is practiced in Tibet and Inner Mongolia, as well as in some other parts of China. The country has 9,500 Buddhist temples and monasteries - many of them built over two thousand years ago. To bring together the Buddhists of all nationalities, the Chinese Buddhist Society was founded in 1953. 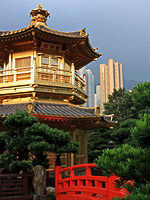 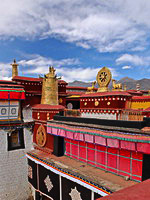 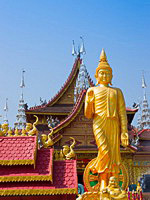 The most widespread religion in China is Taoism. History of Taoism numbers nearly 1,700 years. This religion is autochthonous one and basically it is professed in rural areas of central and eastern China. Taoism is a traditional Chinese religious teachings on “the way of things” - Tao, combining elements of religion and philosophy. This teaching was formed on the basis of religions and philosophies of several ancient Chinese philosophical doctrines. The teaching of the world makes the basis of modern Taoism in China. As of today, the country features 1,500 Taoist temples and monasteries with 25,000 monks and nuns living there.

Islam is also widely professed in China, especially in the Xinjiang Uygur Autonomous Region, where the Muslims account for 95% of the population. Besides, this religion is practiced by the inhabitants of Ningxia Hui Autonomous Region, and some regions of Gansu and Qinghai provinces. Islam found its way to China in the VIII century BC from the territory of Central Asia. Currently, China has over 17,000 Muslims and 26,000 mosques. 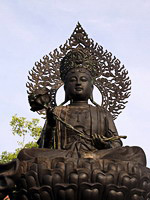 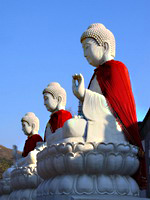 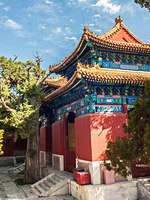 China is home to a large number of Christians, Catholics and Protestants. The history of Christianity in China begins in the XIX century, when the country having come out of isolation, attracted numerous missionaries from Europe. There are about 12,000,000 Christians there, and modern China has12,000 churches opened in the country’s territory.

In addition to the world religions and Taoism, China professes Confucianism, Legalism, Judaism, Hinduism, Shintoism, Moism, as well as many pagan cults. Confucianism has long been considered the dominant religion in China. Its fundamental principles were developed by world-famous Chinese philosopher Confucius in the V century BC. The basis of the doctrine was conservation of ancient traditions and following the commands of Heaven, which represented the emperor. After the revolution and proclamation of the PRC in China, Confucianism lost its importance and, today, it is professed only by a small part of the Chinese population.