The Drum Tower (Gu Lou) is found in Zhengxue street in the center of Muslim quarter of Xian. Together with the Bell Tower, located to the west from it, it composes a harmonic architectural ensemble of the region. The Drum Tower like the Bell Tower was to announce the time. The bell ushered in the morning, while the drum beat at the sunset till night, every hour on the hour.

The Drum Tower architecture is similar to that of the Bell Tower. It also consists of a rectangular foundation and multilayer roof. The building height comes to 34 meters. At the very top of it there is a huge drum. 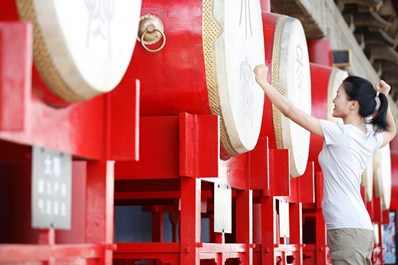 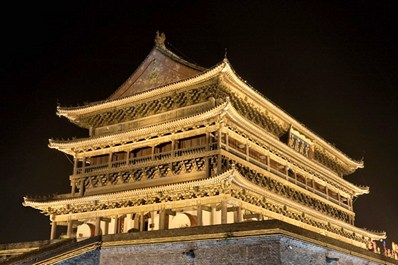 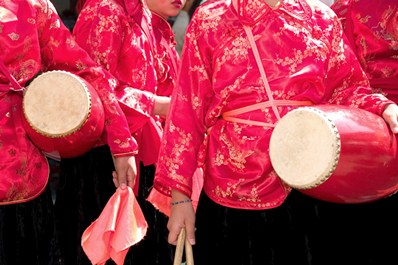 The Drum Tower was built under the Min Dynasty’s founder – Zhu Yuanzhang in1380. Over its long history, the Tower saw several reconstructions. It was renovated last in the в 90-s of the XX century.

Inside the Drum Tower there is the Drum Museum. Some of its exhibits are older than 1,000 years. The tourists may enjoy a fancy-dress show with drums specially arranged for them. The northern and southern sides of the Tower have 24 beautiful drums established after a number of solar terms of the Chinese weather calendar. The visitors are not allowed to beat the drums. But having paid a reasonable cost, the visitors may beat triply the large old drum, hanged at the exit. The visitors will also be interested to climb the Tower, which greets a panorama of the Xian center.