The Great Mosque of Xian

The Great Mosque of Xian was founded in 742 by the Arabian settlers under Emperor Xuanzong of the Tang Dynasty.

This huge complex, covering an area of over 12,000 square meters with the entries faced to the cardinal points, is located in the heart of the Muslim quarter in Xian, near the Drum Tower.

The facade of the Great Mosque of Xian, as is common, faces the east. Inside it, there is a 9 m-high wooden arch built in the XVII century. Characteristic for Chinese temple architecture, a tier-like building with rounded roofs decorated with Arabic scripts and floral ornaments neighbors in harmony with the images of Chinese dragons and patterns. 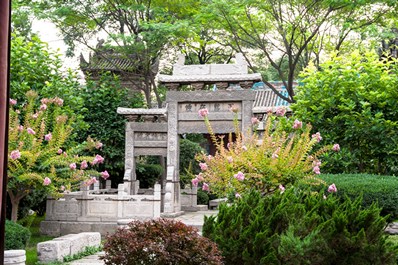 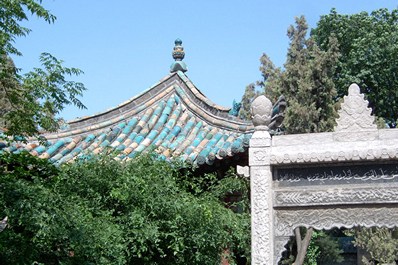 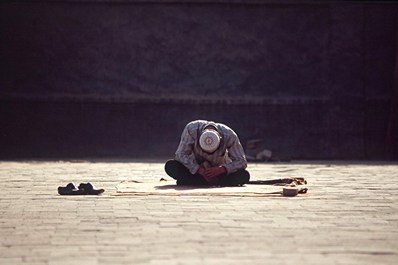 The interior design also follows the Arab and West Asian style with elements of Chinese decor, common under the Min and Qin dynasties. And instead of a minaret the mosque is decorated with pagoda.

Nothing has left from the initial building today. What we can see now is its latest reconstruction, carried out in the XIV century, on the money of the Chinese explorer Zheng He. The architecture and decoration of the mosque illustrate clearly an assimilation of Islamic and Buddhist cultures in China.

The Great Mosque of Xian is one of the four largest mosques in China, included in the list of specially protected monuments of Chinese culture in 1988. In 1997 the mosque was inside the top ten of the best tourist attractions in Xian. Today, this is a functional mosque - the main venue for religious activities of Xian Muslims.