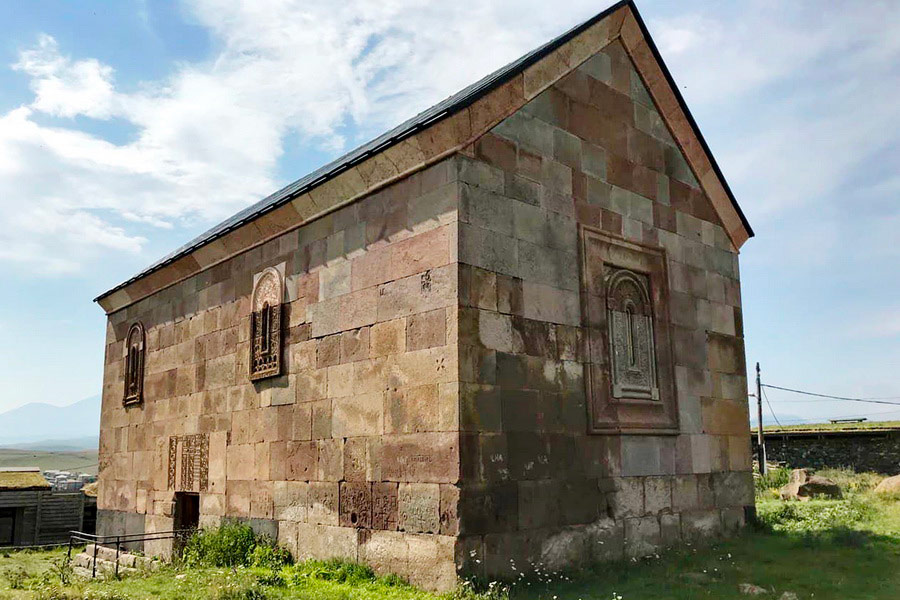 Poka St. Nino Nunnery is located in Poka, a small village populated by ethnic Armenians in the Samtskhe-Javakheti Region of Georgia. The nunnery is located at an altitude of over 2000 meters and straddles Lake Paravani, the largest lake in Georgia and one of volcanic origin.

If you are traveling in the Samtkhe-Javakheti Region, visiting Poka Nunnery is a worthwhile detour! Impressive views and untouched nature make for a calming environment, and Poka St. Nino Nunnery itself is known for its delicious and organic handmade products, including chocolates and French-style cheese, that can be purchased in the on-site gift shop.

History of the Nunnery

A glimpse into the history of Poka St. Nino Nunnery is provided in the book “Conversion of Kartli” (მოქცევაი ქართლისაი),the earliest surviving medieval Georgian historical compilation. The writings claim that St. Nino of Cappadocia, who came to Georgia by way of the Javakheti Mountains, stopped on the very site where St. Nino Church was later erected. As the adoption of Christianity in Georgia is closely connected with the name of St. Nino, this place holds important religious significance for the Georgian people.

St. Nino Church at the Poka nunnery was built in the mid-11th century as a hall church constructed from clean-cut, square stone blocks. Its doors and windows are embellished with carvings, and fragments of frescoes have also been preserved inside the church. The chapel is particularly valued for the informative inscriptions on its southern wall which shed light on the time of its original construction and the dates when renovations were carried out. Based on an inscription under the left window which was written in the historic Georgian script of Asomtavruli, we learn that the church was built during the reign of Bagrat IV Kuropalates by an architect known as Master Bavreli. 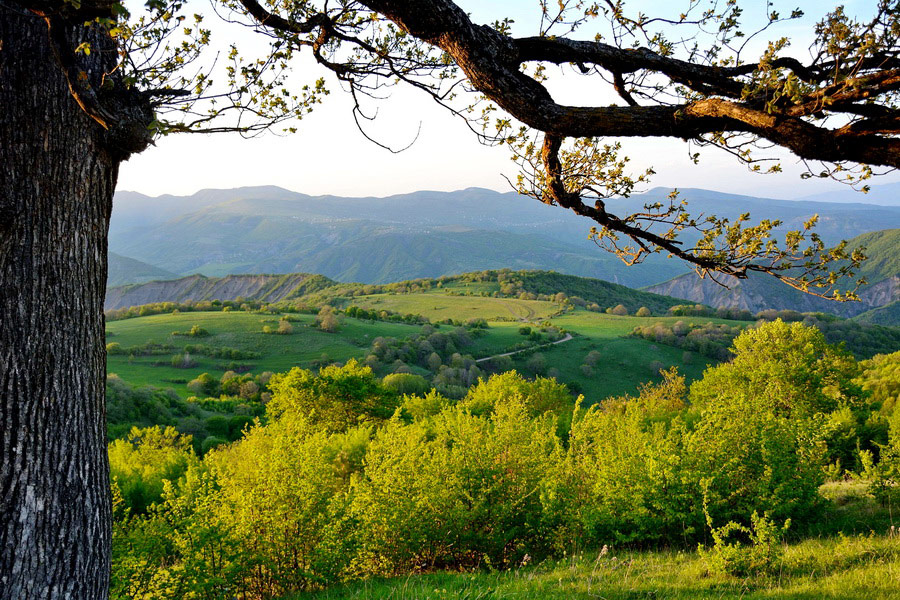 Ilia II, Catholicos-Patriarch of All Georgia, visited the village of Poka when he traveled to Javakheti in 1988. He purchased a house next to the church and registered as a resident so that he would be allowed to visit the area, which at that time was closed to the public. In 1992, a nunnery was established in the patriarch's house and Hegumen Elisabeth (Meskhishvili) was appointed the head of the monastery. The friary was assigned a missional role, and for years it has been the only Georgian-speaking enclave in a nearly exclusive Armenian-speaking environment.

Nuns at Poka St. Nino Nunnery opened a parish school at which the local Armenian population is provided with the opportunity to learn the Georgian and English languages. This service is particularly valuable for the village youth, who must learn these languages in order to pass national exams.

The nunnery also has a one-room clinic where locals are provided with free medical assistance, a workshop where cloisonne enamel is created and the Pokani Mosaic Workshop where the nuns fashion icons, candles and other items necessary for the liturgy.

The nuns have become skilled at cheese-making, using a blend of local cheese-making methods, French expertise and European technologies to produce their high-quality products. Unique cheeses which are sold in the gift shop include Monastic blue cheese, Javakheti blue, Classic blue, Poka's blue and Brevis. Many other products are produced with solely organic ingredients and sold at the nunnery, including jams, crackers, truffles, chocolates, alpine floral honey and unrefined olive and corn oils.

Every year on June 1, the people of Georgia celebrate St. Nino Day, also called Ninooba. The day is considered holy and is a particularly special celebration in Poka: Many children are baptized in Lake Paravani on this day and national priests, clergymen and representatives of the Holy Synod of Georgia travel to the region to participate in the observances held at Poka St. Nino Nunnery.