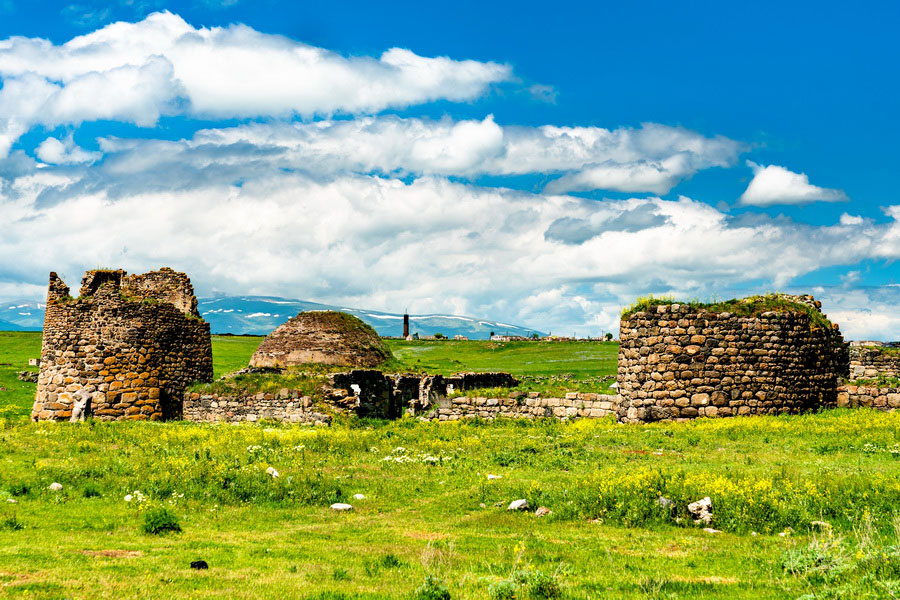 Tours, Attractions and Things To Do in Akhalkalaki

The city of Akhalkalaki is the centre of a historical region called Samtskhe-Dzhavakhetia located in the utmost southwest of Georgia. It is a high-mountainous area of subalpine and Alpine meadows with many crystal water springs. The climate there is rather severe; in the winter the temperature can fall as low as - 40 С.

This original frontier region greatly differs from other areas of Georgia. The climate is not the only difference. The region has its own history, culture, language and traditions. It is explained by the fact that earlier Dzhavakhetia bordering on Armenia and Turkey used to be a part of these states at different times. Until now the Samtskhe-Dzhavakhetia region is a dispute subject between Georgia and Armenia. That is why in the city like the entire region bears the traces of Armenian history and culture.

Modern territory of Dzhavakhetia in different periods of its historical development was a part of different states. In the most ancient period this territory was a northern outlying district of the first centralized Armenia Urartu state (on the territory of Armenia). Then was a part of the Persian Akhmenid state. In the 2 nd century BC these lands were a part of Armenian Artashesid kingdom, and when the latter collapsed it was taken by Sasanid state (Northern Iran). In the Middle Ages the territory of Dzhavakhetia was within the structure of Georgian princedoms. In 1637 it was conquered by the Ottoman Empire , and in 1826-1828 it was annexed to the Russian Empire when Russian armies under the command of General Paskevich occupied Akhalkalaki. In 1830 30,000 Armenian refugees ran away from Turkey to Akhalkalaki. Therefore, Dzhavakhetia became a “little Armenia” in Georgia.

The city of Akhalkalaki, according to historians, was founded in the 11 th century. In the 15 th century it was almost completely destroyed and in the 17 th -18 th centuries rebuilt by Turks and transformed into a powerful fortress.

There are a lot of ancient monuments of Armenian architecture in Dzhavakhetia. In the vicinity of Akhalkalaki you can see a unique monument of global significance – the ancient city of Vardzia cut inside rocky mountains. 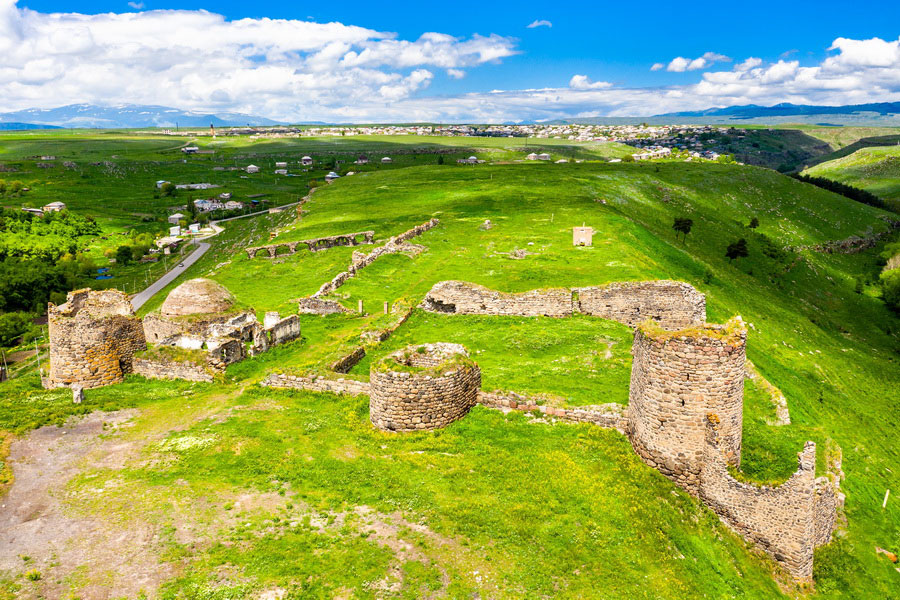 Vardzia
Vardzia is 18 km from Akhalkalaki right next to the border with Turkey. The city was founded in the 12 th – 13 th centuries under George III and his daughter Tamara with the purpose to protect the southern boundaries of Georgia. Vardzia is not just a set of random rooms cut in rocks. It is a multi-storied (!) complex with streets, tunnels and stairs leading to monasteries, temples, fortresses, baths, libraries dwelling houses and so forth.
Read more...

Khartsvisi Fortress
Not far from the cave city of Vardzia on the mountain overlooking the road from Akhalkalaki to Akhaltsikhe there is a fortress Khartsvisi (10 th -11 th centuries) which has survived in perfect condition. Khartsvisi is one of the most ancient fortresses in Georgia. Read more...

Kumurdo Cathedral
Several kilometers from Vardzia there are the ruins of the Kumurdo episcopal church located on a mountain slope. It is well-known for being the first historical monument created in the 1 st century AD. However, a lot of inscriptions are still found on the temple walls. Read more...