Zarzma Monastery is a well-kept secret of Georgia tourism. A medieval Orthodox complex in Zarzma village of Samtskhe-Javakheti Region, it can be reached on a 40-minute drive from the town of Akhaltsikhe.

Zarzma brims with gorgeous frescoes and ancient tales, yet due to poor road conditions it is rarely visited by tourists. Travelers who are interested in getting off the beaten path will find the stunning nature and medieval atmosphere of Zarzma Monastery truly satisfactory.

Zarzma was built between the 8th-9th centuries, and the tale of its inception can be found in the book “The Lives of Georgian Saints”. According to the book, a religious teacher named Mikael had a vision of a man dressed in a priestly robe. The man ordered Mikael’s disciple Serapion Zarzmeli and his brother Ioane be sent to the historic Samtskhe Region to build a monastery. The two men headed to Samtskhe, taking with them the Icon of the Transfiguration of Jesus Christ. 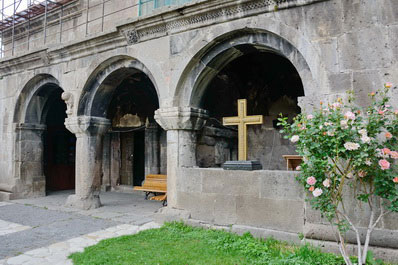 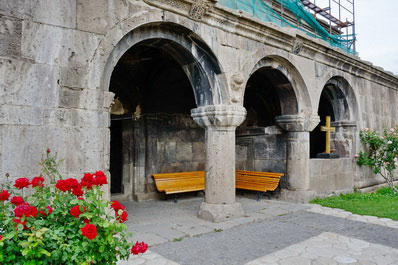 The monks arrived in Samtskhe and found a place to build the church, yet local residents opposed their plan. Disappointed, the men continued searching for the place that their teacher had instructed them to find. Not long after, they found the exact spot that Mikael had seen in his vision. The owner of the land was the benevolent Lord Giorgi Chorchaneli. He humbly greeted the monks, worshipped the icon and asked for the men’s blessing. Chorchaneli then granted them the land that they desired for the monastery.

Serapion and Ioane, however, continued to encounter resistance from the locals. According to legend, a big earthquake stuck during the night. It split the mountainside in two, yet miraculously the monks survived unscathed. The terrified townspeople began calling the place Zarzma, meaning “Appalling”.

Three years later the church was built, and the miraculous Icon of the Transfiguration of Jesus Christ was placed inside. The Zarzma icon, which according to its inscription dates back to 886 AD, is a prized example of Georgian engraving art from the feudal era. It was kept in Zarzma Monastery for centuries before being transferred to the Art Museum of Georgia in Tbilisi, where it remains today. 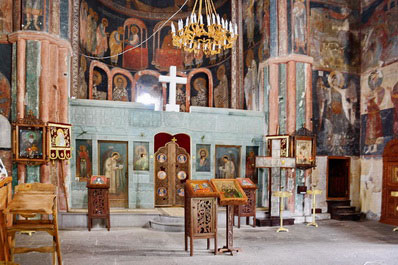 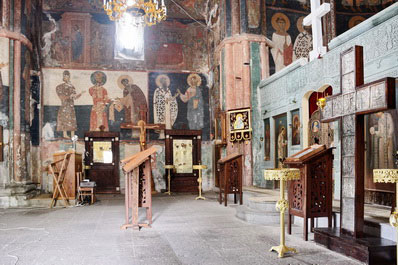 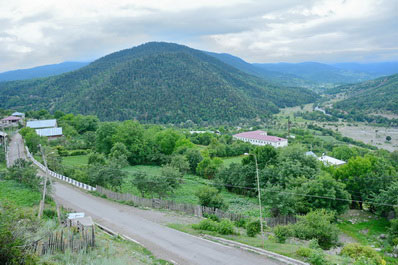 Another dated relic from Zarzma Monastery is a 10th-century inscription found on the arch of the church entrance. The writing tells the story of David III Kuropalates, a Georgian king who fought against insurrectionist Bardas Sclerus in 979 after he rebelled against Byzantine Emperor Basil II. When Sclerus was defeated, King David III was praised for the military assistance that he had provided.

The current church and bell tower of Zarzma Monastery were constructed in the first half of the 14th century during the reign of Beka Jakeli, an independent ruler in Samtkhe whose family contributed to the growth of monastic life in the province during the 13th- 14th centuries. In the 18th-19th centuries, the complex was completely renovated. Today, monastic life continues at Zarzma, whose doors are always open for pilgrims and tourists.

Zarzma Monastery consists of the main domed church, a bell tower and single-nave chapels. The complex demonstrates the unique style of 18th-19th century Georgian architecture, with noticeable changes in the building proportions compared to earlier times. The church walls are also lavishly decorated with carvings and murals which portray both saints and historical figures, the earliest example of such secular depictions in the country. Included in the paintings are Sargis Jakeli and his three children, as well as King Bagrat III and his father Serapion Khurtsidze. 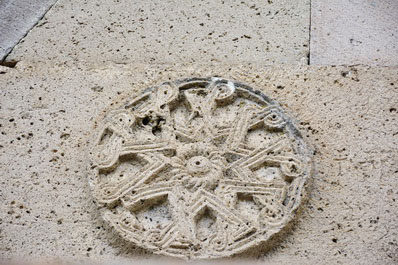 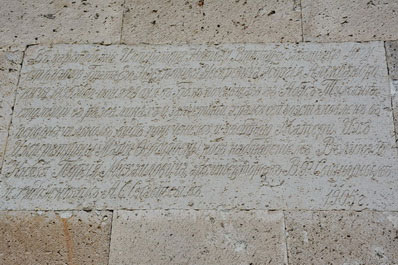 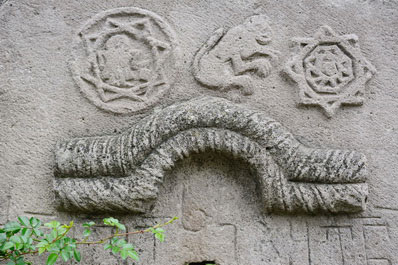 Zarzma’s bell tower is one of the largest of its kind in Georgia. In the 16th century, patrons of the monastery replaced some of the old church paintings with new ones, added arches to the ground floor of the bell tower and renamed it Church of John the Apostle. In the early 20th century, the complex was again restored, yet in the process some of the original coloring and stylistic features of Zarzma Monastery were damaged.