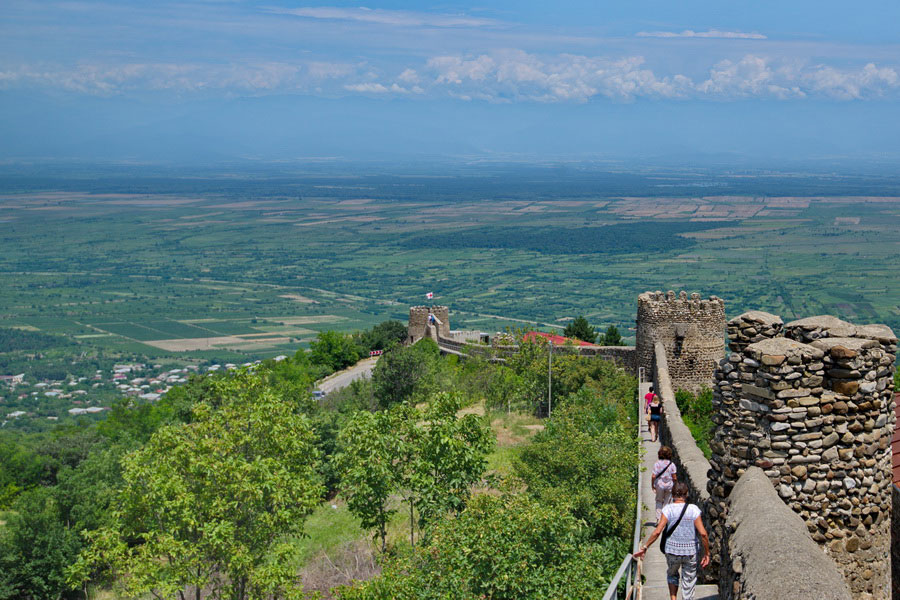 Despite its small size, Georgia is a country of extremes, where one can experience vast snow-capped mountains, semi-tropical beaches and large flat grasslands all within a relatively short distance of each other.  As the seasons change, each region of the country transforms with it, and thanks to the variations in geographical landscapes, Georgia has something to offer its tourists year-round.

Summer in Georgia. In the cities and grasslands, the temperatures can soar to 38-40°, making it relatively uncomfortable to travel. However, the climate along the Black Sea coast remains more temperate than in the inland areas due to sea breezes that help to maintain cooler temperatures. In the seaside regions such as Batumi, Ureki and Kobuleti, there are amazing beach resorts where you can enjoy swimming in the warm waters and indulging in various water sports. As the coastal regions have a semi-tropical climate, there are regular bursts of rain in the evening, bringing relief from the heat which has built up during the day. In the mountains, the summer is perfect for reaching remote areas such as Tusheti, which spends most of the year closed off due to snow. The mountainous regions remain cool in summer due to their altitude, and their lush green slopes and forests are breathtaking places to hike. 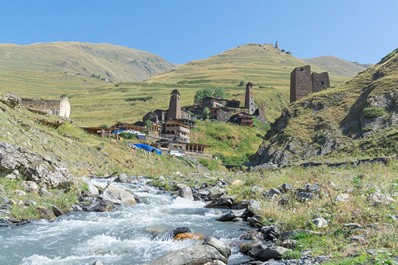 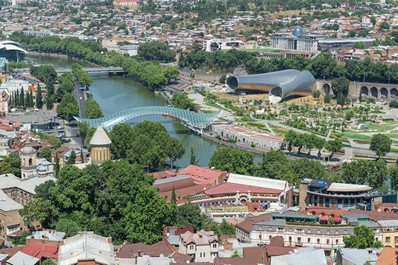 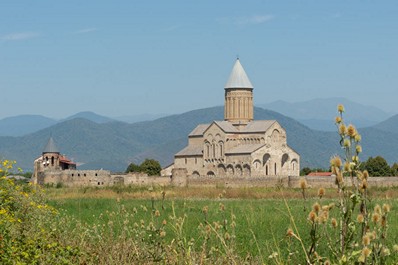 Autumn in Georgia. As summer ends, the whole of Georgia transcends into one of the most colorful countries in the world, with the forests and grasslands changing from vibrant greens to warm autumnal reds and yellows. At the beginning of autumn, Georgia remains relatively warm and the coastal resorts continue in full swing, for the water retains its summer temperatures until the beginning of October. In Georgia’s mountain regions, autumn marks one of the best hiking seasons - the weather starts to cool down yet remains stable with clear skies, and there are noticeably fewer trekkers from September to the beginning of October. During autumn, the cities become a hive of activity as the cooler weather brings relief from the heat, but it is still warm enough to enjoy being outdoors. In September and October is the celebrated harvest season, noted particularly for the grapes from which Georgia’s renowned wine is produced. 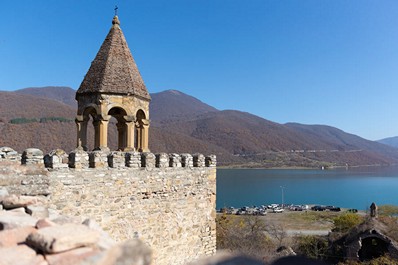 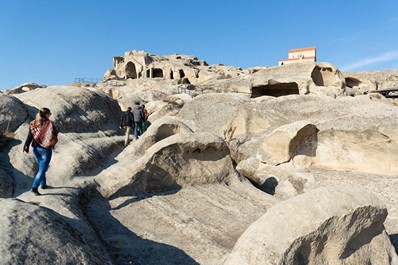 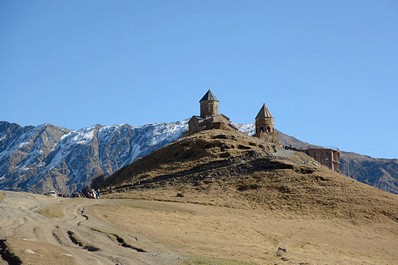 Winter in Georgia. When winter rolls in at the beginning of December, Georgia is transformed once again. The coastal regions become quiet as the sea is too cold to enjoy, but thanks to the Black Sea winds the region tends to be slightly warmer than the rest of the country. During the first part of winter, the cities start preparing for the festive New Year and Orthodox Christmas celebrations. Yet the main draw to Georgia in winter are the ski resorts that rival many of those in more established European countries. For those looking for an extreme adventure, there is fantastic off-piste skiing in regions such as Gudauri, Bakuriani and Mestia. 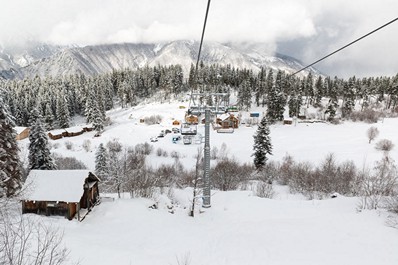 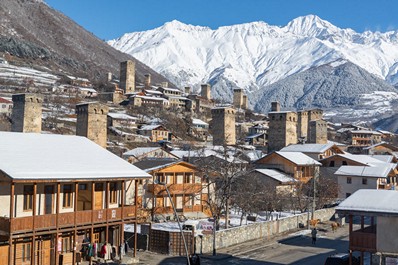 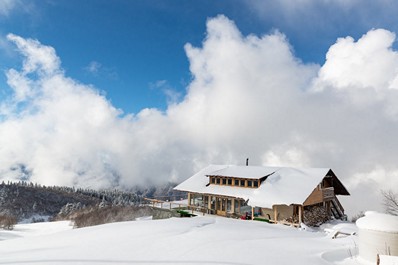 Spring in Georgia. In March, winter in the lowlands comes to an end and spring brings new life to the country. During this time the grasslands and mountain slopes burst into color as the wildflowers start to bloom. Spring can be relatively wet but by mid-April the weather is generally conducive to hiking and exploring the lower mountain regions. As the snow starts to melt up on the peaks, the level of water in the rivers increases significantly, making Georgia a great place to enjoy white water rafting. Late in the spring the country celebrates Orthodox Easter, with large celebrations throughout the cities and towns. Towards the end of spring, coastal resorts such as Batumi start to gain in popularity, yet the water doesn’t fully warm up until June. 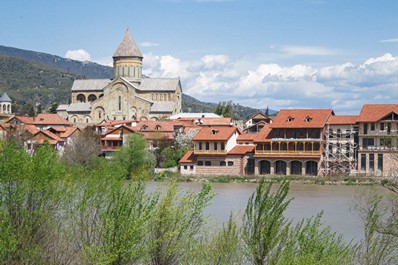 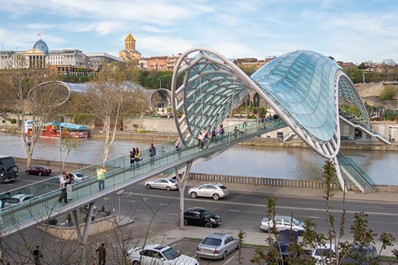 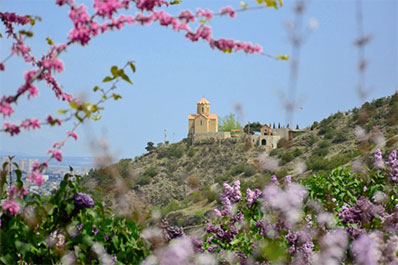