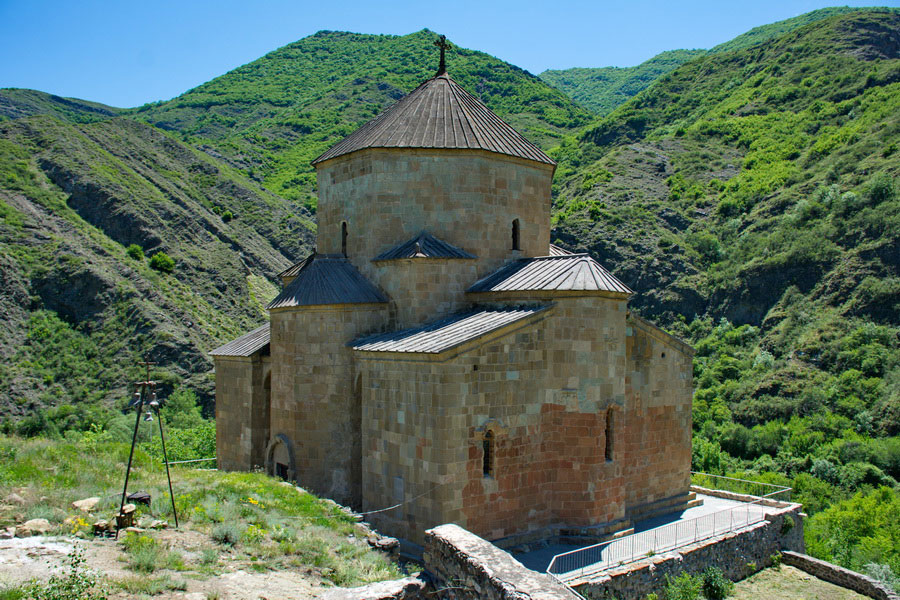 12 km from Gori in the village of Ateni (on the place of the ancient city with the same name) is located one of the greatest monuments of Georgian architecture – Ateni Sioni consecrated in honor of the Virgin. The temple was constructed in the beginning of the 7th century and in the shape of domed cross well-known for its frescos. Outwardly it is an architectural copy of another well-known monument – Dzhvari monastery in Mikheta. Outside the temple is decorated with stone ornaments. Some of them were made during the temple construction, the others during the reconstruction in second half of the 10 th century. The interior of a temple is decorated by frescos of religious content, the images of the Virgin's nativity and church holidays. The images of tsars and local feudal lords were painted in the national style. The temple walls are richly painted in the 11 th -century style.

The temple facades are decorated by complex reliefs with scenes of hunting and episodes of the saints' deeds.