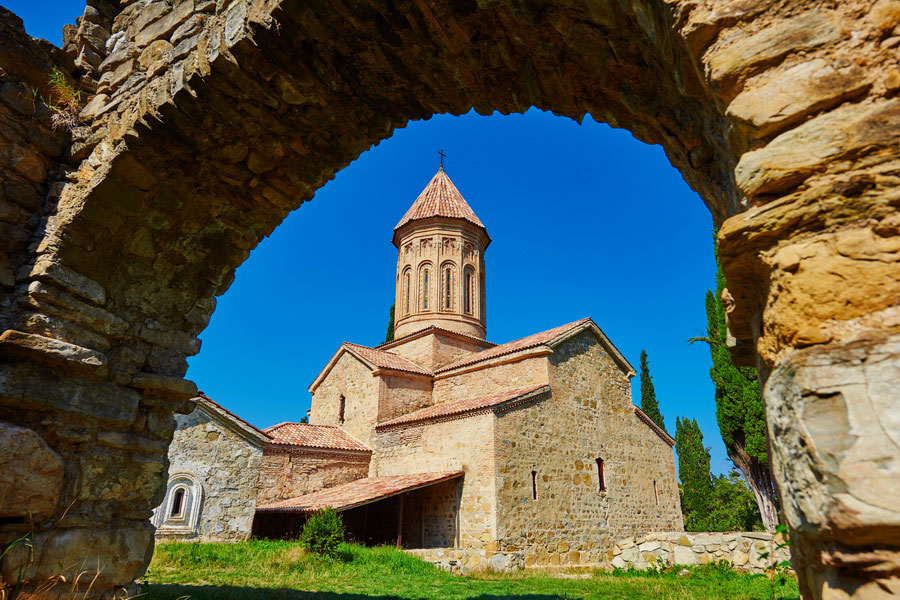 Ancient academy of Ikalto is famous for the fact that Shota Rustaveli, the outstanding Georgian poet of the 12th century, used to study there. The academy is a part of St. Xenon monastic complex, located 8 km from Telavi.

Besides Ikalto, the monastic complex founded by St.Xenon of Ikalto, includes the small churches of Sameba (the 6th century), Perisuvaleba (the 8th – 9th centuries), Khvitmshobeli (the 9th century). All of them were restored in the 19th century. One of the churches keeps the hallows of St. Xenon of Ikalto. The academy building is the newest (the 12th century). Today only the fragments of it can be seen on the roadside hill. The building of academy was not restored its destruction by the hordes of shah Abas I in 1616. The academy, built by David the Builder, had been one of the important cultural and educational centers of Georgia.