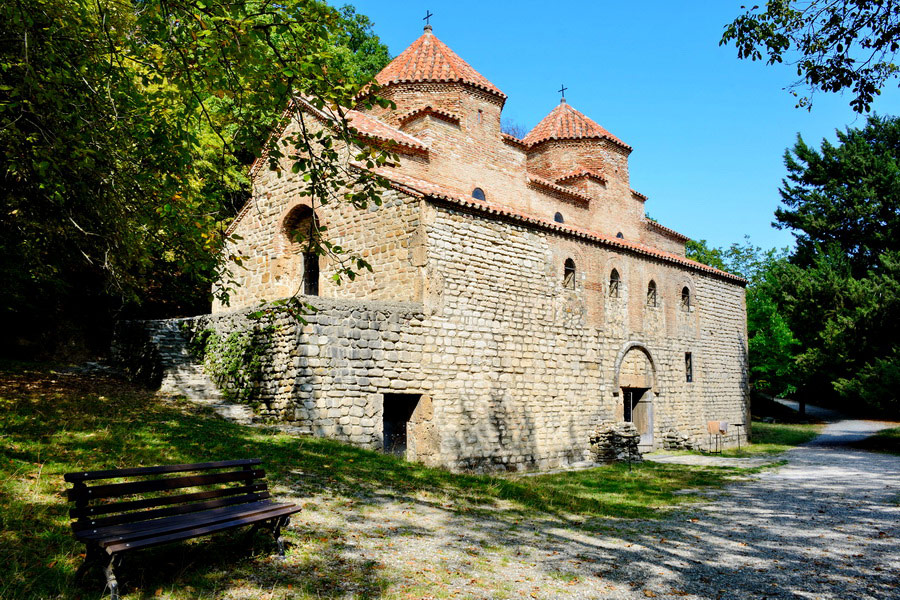 History of the Monastery

The 18th-century Georgian prince and historian Vakhushti Batonishvili wrote that there were  episcopal sees established in this region by King Vakhtang Gorgasali, the founder of Tbilisi, by the 4th century. Information on the Kvelatsminda church is scarce in historical sources, but its architecture indicates that it was constructed in the 8th century. Although restoration work was carried out in the 17th century, the original appearance of the church was not significantly altered.

Religious relics were kept in the monastery for centuries, and in 1897 Priest Polievkte Karbelashvili mentioned that the miraculous golden icon of Saint Mary was preserved at Gurjaani Kvelatsminda Church. Many legends regarding this miraculous golden icon are still in circulation today, but unfortunately the icon’s current whereabouts remain a mystery.

The unique composition and artistic form of Gurjaani Kvelatsminda Church speak of the pure genius of its creator. The three-nave basilica is built of cobblestone and brick and crowned with two low, eight-arched domes which merge with the basilica structure. The domes are of equal size and were intended to symbolize the two natures of Christ.

The high western wall creates a special artistic effect in the interior of the church. The wall is divided by several rows of tilted arches which separate the main sanctuary from the second floor, where a special place was reserved for high-ranking ecclesiastical and secular visitors. Various sources attest that Kakhetian Queen Ketevan the Martyr spent some of her final days on earth at the monastery, where she lodged on her fateful trip to Persia in 1624. The second-floor chapel was thus her last abode in her Georgian homeland. 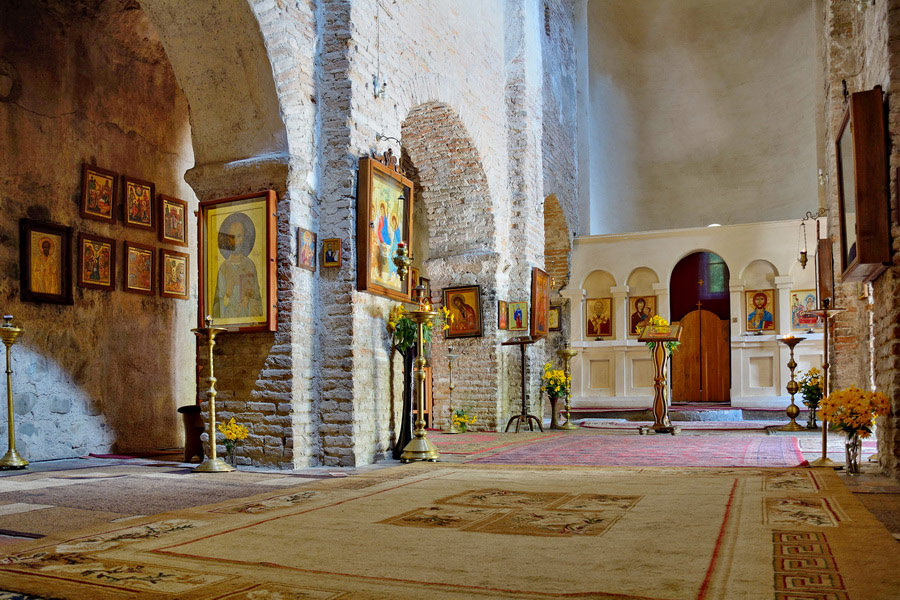 In the 17th century, the upper part of the eastern wall was rebuilt and surrounded by a single formwork arch. The wall and interior space still retain their original structure, namely a high central nave and two-story side naves. The current iconostasis seen in Gurjaani Kvelatsminda Church is the most recent addition, having been placed in the sanctuary in the late 20th century.

The church is visited year-round by local and foreign tourists and is easily accessible on the road from Telavi to Sighnaghi, where it sits in a dense forest some 2 kilometers off the main road. With its peaceful atmosphere and amazing views of the Alazani Valley and the snowy Caucasus stretched across the horizon, Gurjaani Kvelatsminda remains a magnet for passersby willing to make a short detour. To enhance your experience, the monastic complex also includes a café and small gift shop where you can purchase various products made by the nuns and monks. Upon arrival, be prepared to walk about 300 meters through the forest from the parking lot to Gurjaani Kvelatsminda Church.