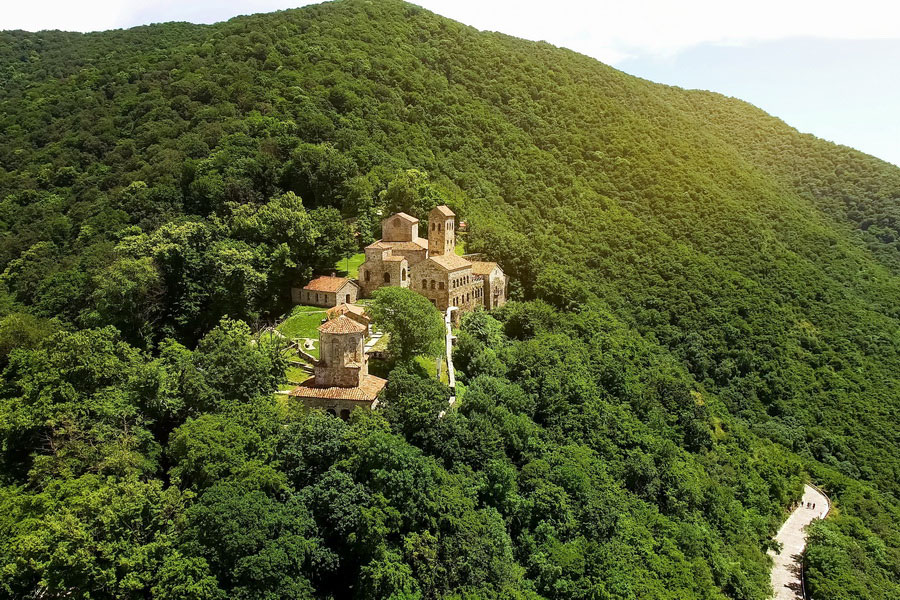 Nekresi Monastery in Georgia is located by the Alazani River atop Mount Nekresi, just eight kilometers from the town of Kvareli. It is the remnant of an ancient city called Nekres, which existed from the 2nd century BC up until the end of the 18th century, and is one of the most sacred attractions in Georgia today.

The founding of the monastery is associated with St. Abibos Nekreseli, one of the thirteen Assyrian fathers who came to Georgia in the 6th century to strengthen Christianity in the region. He dedicated his life to eradicating the practice of fire worship in the country, an endeavor which eventually led to his torture and death at the hands of  the Persians. Due to the pivotal role that Nekreseli’s spiritual and educational activities played in the spread of Christianity in the land, he remains a respected historical figure in Georgia even to this day. 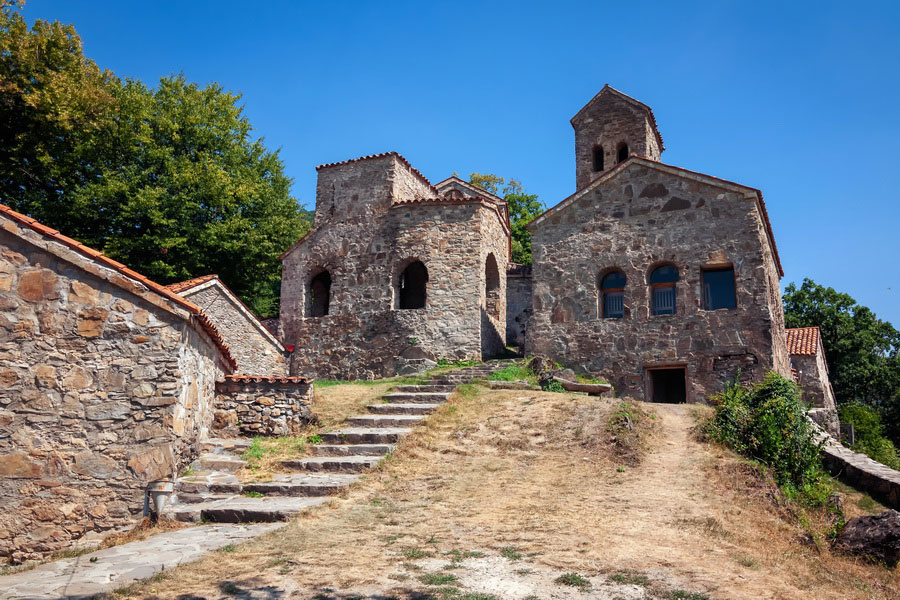 Mortuary Chapel, the oldest church at the complex and among the oldest in the country, is a small basilica church dating to the 4th century. There are no pillars inside this stone building, whose three naves are connected by a wide arch. It suffered severe damage over the years, and only the middle and northern naves have survived to this day. Buried within its southern tower are the tombs of clergymen who served at the monastery.

Church of the Dormition is the main church of Nekresi Monastery. It dates to the 6th century and was built by St. Abibos Nekreseli himself. This three-church basilica has small windows and is best known for its medieval frescoes. The third church at Nekresi, Church of the Archangel, is a more unusual 3-church basilica, a small domed chapel dating to the 8th-9th centuries.

Standing next to Church of the Dormition is the 9th-century Bishop’s Palace. It is a two-story building, with the first level containing a wine cellar and qvevri vessels and the second floor consisting of a living area. A refectory is attached to its eastern wall, while in front of Bishop’s Palace on the western side is a medieval bell tower preserved in its original form. This multi-level turret doubled as a watchtower, which explains the arrow slits carved into its walls. 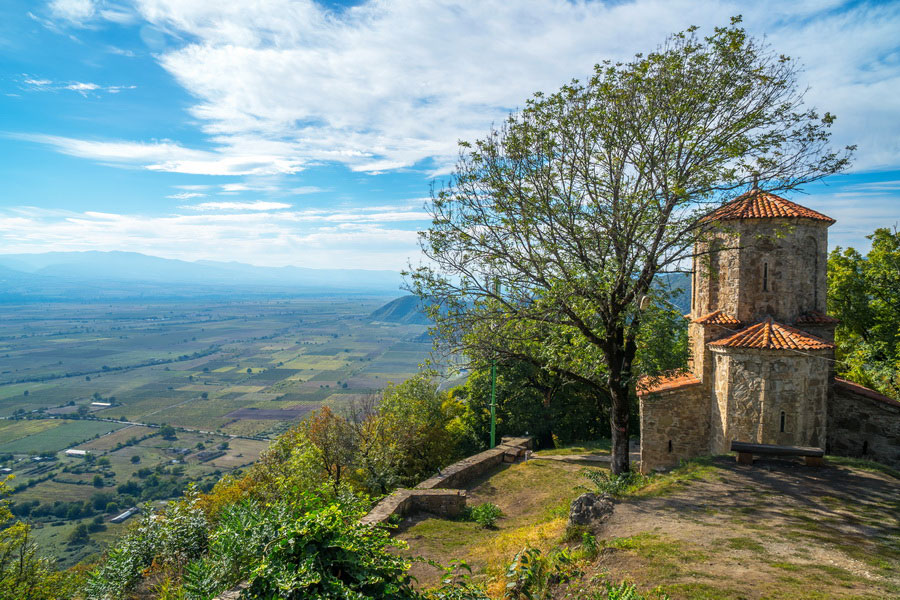 Nekresi Monastery is one of the largest monastic complexes in Georgia’s Kakheti Region. Renovation work on the site, which was completed in 2010, restored the monastery to its original appearance. At that time tourist walking paths and an access road to the monastery were also built.

Discovery of the rich history of Nekresi Monastery is an ongoing process. Recent archaeological excavations at the site have uncovered 12th-century terraces and a well-preserved fountain dated to the same time period.