Landmarks and Attractions of Baikonur

Everything in Baikonur is connected with rockets and space. Landmarks and attractions of Baikonur directly or not are related to rocket construction, famous scientists, cosmonauts, and important events in the history of cosmonautics. A small size of Baikonur allows to walk around the tourist attractions in several hours.

Along the road, on the southern side of Gagarin statue, there is a huge model of the Soyuz rocket. Initially, this sample was used for tests and trainings at the cosmodrome, and when the model became obsolete, in 1981 it was decided to establish it in Baikonur to honor the 20th anniversary of the first flight of the man to the space. 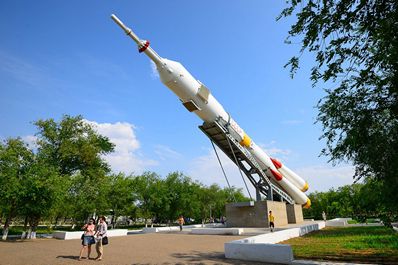 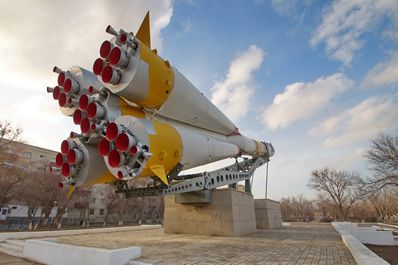 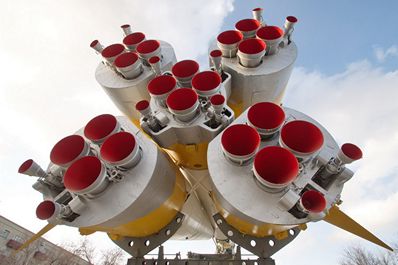 Except Soyuz, Baikonur has another rocket monument. There is a monument to one of the main rocket designers of the USSR – Mikhail Yangel. You will see there the bust of Yangel and one of his creations – a model of intercontinental ballistic missile 15A15 (known abroad as SS 17) that was armed until 1994.

One of the first and the most significant sights passed by driving in Baikonur, is the monument to Gagarin, the first cosmonaut who reached the space. His hands are up to the sky as a sign of greeting. Literally, every guest of Baikonur visits this place. 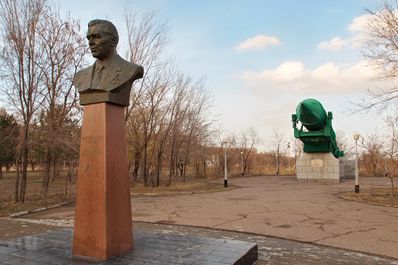 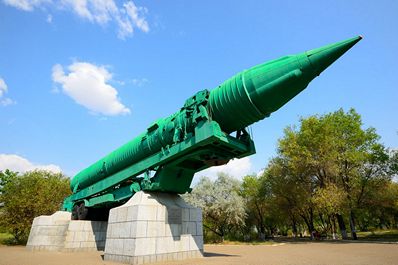 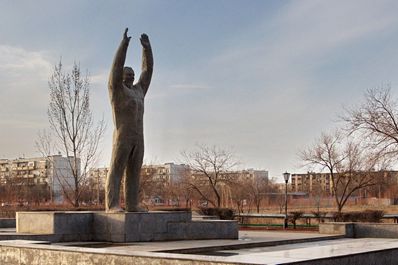 There is another tragic monument in the city related to the name of Yangel. On 24 October, 1960, tests of the missile R-16 were held that involved many advanced constructors of the USSR; preparation went hastily as positive results of the launch were expected by the top authorities of the country. A disorder in workflow caused the second level engine launch (bypassing first level operations) that made the first level fuel tanks explode. Everyone in the radius of 50 meters died immediately including the marshal Nedelin (thus the catastrophe is sometimes called “Nedelin catastrophe”). Yangel had a narrow escape: he went out for smoking few minutes before the explosion. Later, it had to be him to report to the management about the tragedy and bear the brunt. 78 people died then. Memorial for the victims of the test was erected in Baikonur. 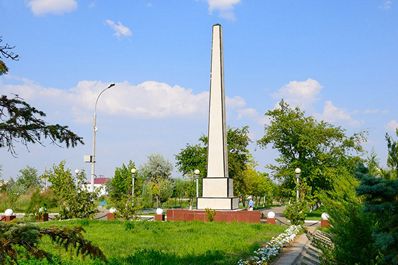 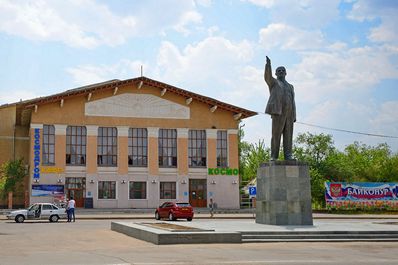 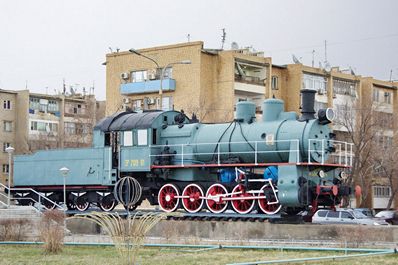 Apart from these well-known attractions, there are many Baikonur sights to visit. There is a small railway station in the center of the city that takes workers to the cosmodrome on daily basis. An old locomotive of the “E” series is located nearby, that was the first train between the city and the cosmodrome. There is also a monument to Lenin with a stela signed “Science and space” next to it. Taking a walk in Baikonur, you will see monuments to many rocket engineers and scientists: Korolev, Nedelin, Ryazanskiy, Pilyugin and others. Baikonur sights are the real gems of the city and a memory to all those who gave their lives for the space exploration.