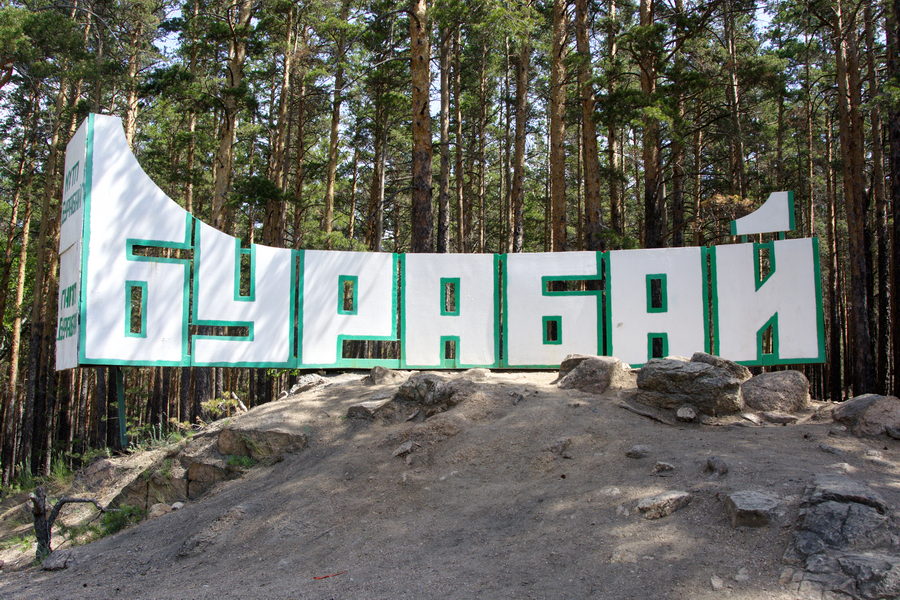 Tours, Attractions and Things To Do in Borovoe (Burabai)

Kazakhstani Switzerland is the second name given to Burabai, Kokshetau region, which is in the Northern Kazakhstan.

Amidst the yellow scorched unending steppe you just encounter the green wall of forest. It harbors wonders: hillocks overgrown with trees, stony ridges, fantastical heaps of rocks like fairy giants and ghosts as silent as bewitched lakes. This mysterious land is Burabai, also called Borovoe.

"Bura " in Kazakh stands for camel. There is an old legend about prophetic camel, which used to live in Burabai neighborhood. Honey herbage didn't blunt his instinct for an instant – it was he who was the first to anticipate the people's awful lot and then he turned to a tulpar (horse) and flew to the peak of Kokshetau thus averting people from the coming misfortune. 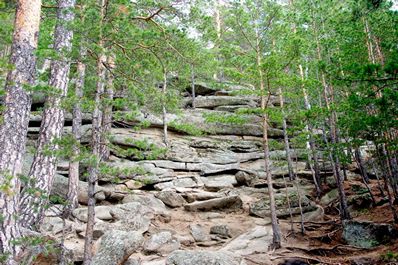 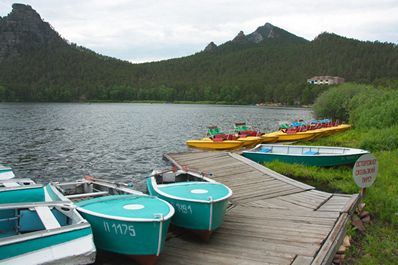 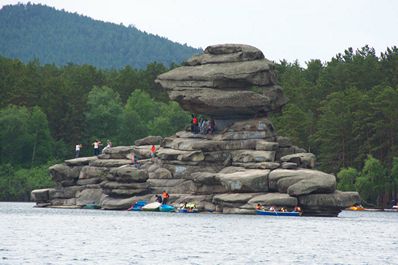 Old ship timbers and quiet lakes, full of fish and animals, served for many centuries as a refuge for people. On the territory of Burabai archeologists found the armory of primeval bronze epoch. Excavation of settlements and burial moulds belonging to bronze epoch testify to the fact that Burabai was resided not only by hunters, but also by the farmers and cattle breeders. Scythian tribes involved in gold and ore mining didn't but passes this oasis. 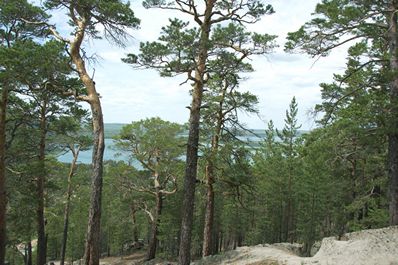 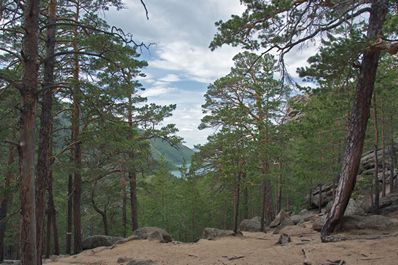 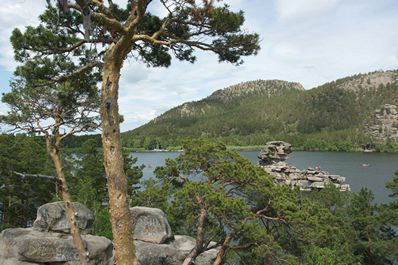 Burabai lacks any monuments of material culture. But its legends, nature do impress as some grand castles and palaces. The nature kindly gifted Burabai with valuables from its mineral depository. They are as following: Okzhetpes – the most beautiful crag (Kasakhs used to call it "one can't reach it by an arrow"), Zhumbaktas (puzzle-stone), in the Burabai bay resembling either a mysterious sphinx with frozen fearless traits, or a thoughtful, young man with hair flying; vast stony sculptures, resembling a camel, a dog, a cow.

The highs of Borovoye are very low: 500-600 m. at the marks of the cuts in the waters, in the lakes are 300-400 m. and the Kokchetau Cliff riches 947 m. The highest point of Kokchetau mountain (Blue Mountain). To the south is situated Burabai Mountain (690 m.) a fine panoramic point. Burabai is a camel. Still to the south there are Shychinskiye deeps, the largest of them is called Zheke-Batur – a lonesome fighter (826 m.)

One can not be help mentioning about the lakes of Borovoye. There are many. Lakes Shychie, Borovoye, Big and Small Chebachie, Koturkul glitter on the green atlas of the forest. 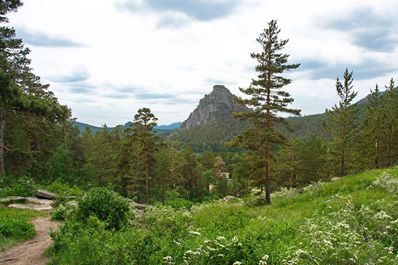 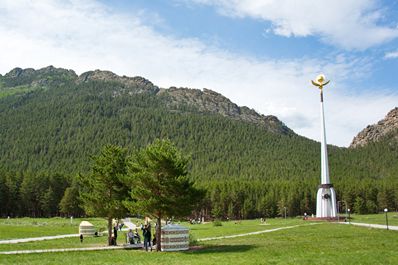 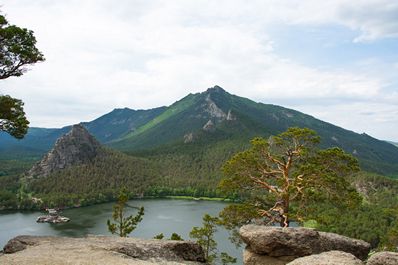 Small lakes Svetloye, Karasye, Gornoye, Lebedinoye can be seen from Kokchetau Cliff. The visiting card of Borovoye is the Blue Bay on the same named lake. Right from the waters of the bay Mount Zhumbaktas (Mystery, Sphinx) soars.

Every name here has its own legend. For example Sphinx is interesting when one looks at him from different points, for then one can see the face of young lady with waving hair, then that of a woman and in the end that of an old woman.

Burabai pine forest is good at any time, in every weather. In winter the pine forest is covered with white snow, in summer – a light wind blows up the aromatic resinous waves, in autumn – the forest smells the peculiar air, a mixture of wet pine rind with mushrooms and herbs. Burabai is a resort, known far beyond Kazakhstan, rich in health centers, which are involved in climalology treatment and treatment by cumus (horse's milk).