Tours, Attractions and Things To Do in Taraz

Taraz is an ancient city and at the same time very modern. Taraz, as a center of trade and craftsmanship, was founded at the beginning of our era on the fertile lands irrigated by the full-flowing river Talas. By the XII century Taraz became an economic, cultural and political center of medieval Karakhanid state. At the time of invasion of Genghis Khan troops in 1220, Taraz achieved considerable prosperity. But the Mongols almost razed the city. 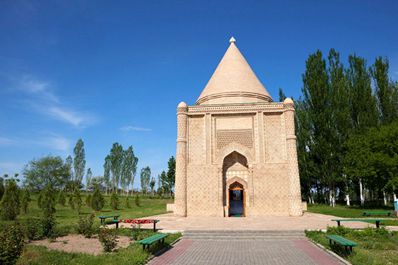 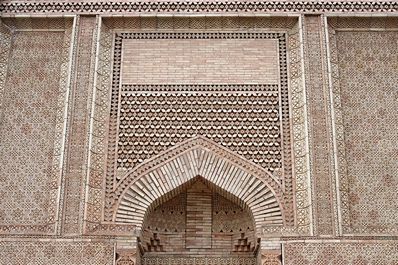 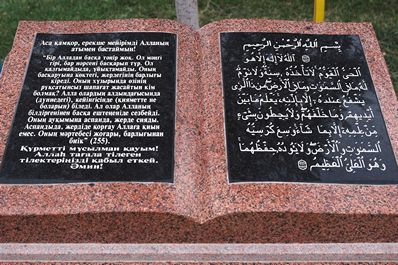 A new stage of development of Taraz began when it was annexed by the Kokand Khanate. In the late XVIII century Kokand citizens built a fortress near the ruins of Taraz. And early in the XIX century, on the site of the ancient Taraz sprang up a city, which was named Aulie-Ata, translated as "a holy elder” The first colonists of the city were Uzbeks, who came from Namangan. The citizens were engaged in manufacturing of handicrafts and trade. In Taraz spring fairs, the oasis residents changed their handmade goods and agricultural products for livestock production of Kazakh nomads.

Beginning from 1864, when the Aulie-Ata fortress was seized by Colonel Chernyaev’s detachment and annexed to the Russian Empire, the city began assuming its present look. The Semirechenskaya railroad, laid through the city in 1917, significantly boosted the development of Taraz. In Soviet times, the city was re-named twice in a bizarre way. For a short period Taraz was named after the Kazakhstan communist leader Mirzoyan. Then for nearly sixty years Taraz bore the name of the Kazakh poet and bard Dzambul Dzhabayev. 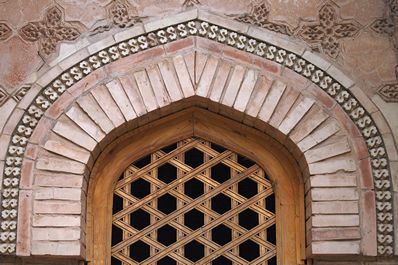 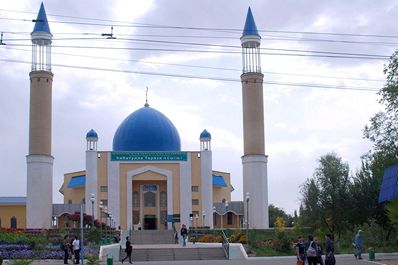 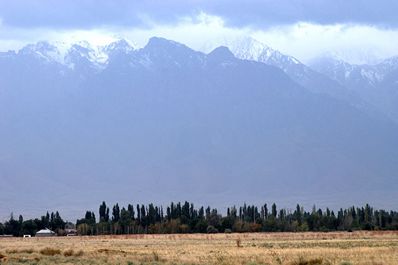 The city regained its historical name in 1997. Taraz is rapidly changing its look in the new millennium. As a result of launching an improvement program for high-rise house courtyards, the appearance of Taraz residential districts is steadily upgrading. In 2014, Taraz began the construction of the townhouses for 130 families, based on Canadian technology and conducted by TOO Tam Kurylys (Tam Kurylys, PLC) under the state-run program “Affordable Housing-2020”.

Over the past years, the city was enriched not only with sculptures of outstanding historical figures of the Kazakh people, but also with street sculptures. An example of them is a sculptural composition dedicated to the movie heroes of “Gentlemen of Fortune”.

Taraz is the third (after Nur-Sultan and Atyrau) Kazakh city with a regular free Wi-Fi Internet access zone operational on Dostyk central square and in the region of Zhambyl Humanitarian-Technical University.
By the end of 2015, a free economic zone Taraz Chemical Park, worth more than 2 billion USD will start its operation to promote the socio-economic development of the region.

In 2013, Taraz completed the reconstruction of Aulie-Ata international airport. Modernized airport will be able to serve simultaneously up to eight jets, including up to four E grade aircraft with wingspan exceeding 70 m (Boeing 747, An-124 Ruslan, Airbus 380).

Today the tourists can take direct flights to Taraz from all major cities of the continent.