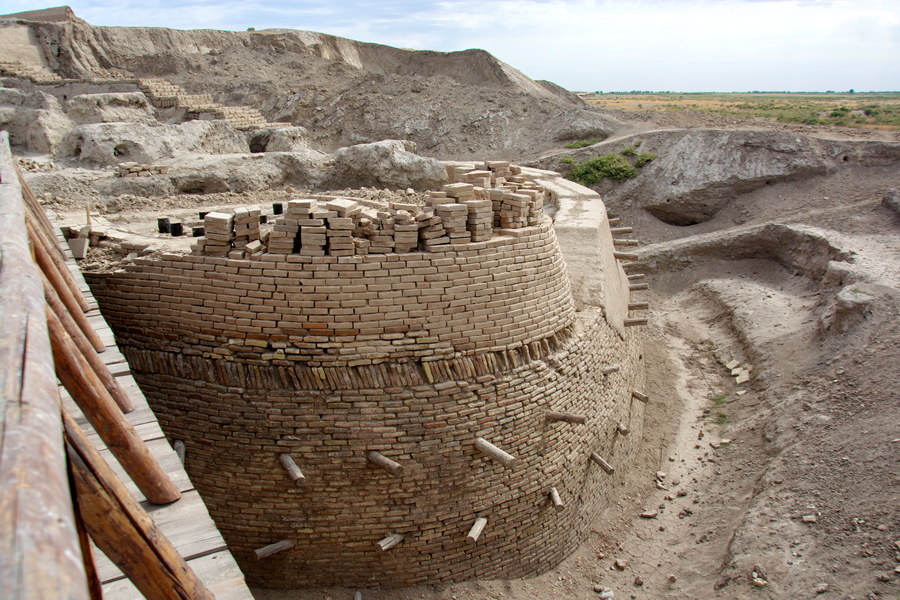 Otrar is one of most ancient cities of Central Asia. In Arab sources the city is call Farab. The first settlements in the place of the city appeared in the VIII century. The city was developing rapidly since it situated on one of the main branches of the Great Silk Road. By the XII century it already became a large trade center of crafts and art with palaces, caravansaries and cities blocks. One of the greatest places of interest of the city was Arystan-baba Mausoleum built by Timur.

The ruins of the city are located in the South of Kazakhstan near Talapty village. Near to it, there is a modern city of Turkestan, but in place of the city’s ruins only a desert and hot winds are dominating now. Here and there one can see ruins of medieval settlements, and the most impressive among them are the ruins of Otrar city.

All medieval travelers on their way from the East to the West always visited Otrar city, that is why in spite of the fact that the city only remains in ruins now, we can have an idea on the past greatness of medieval Otrar. The travelers described Otrar as a large trade centre located on the caravan roads crossing with great palaces, mosques and other architectural buildings. This city is also connected with the name of one of the most famous and outstanding philosopher of the East – Abu-Nasr al Farabi, who was born and grew up in Otrar. Among his most famous works are translations of Aristotle and a tractate on an ideal city. 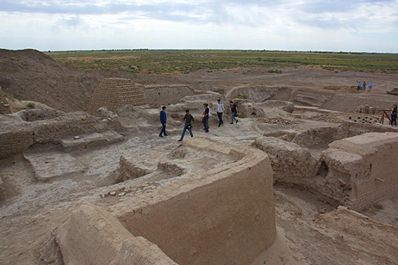 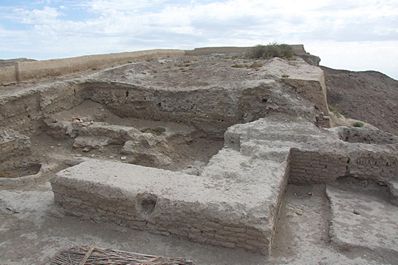 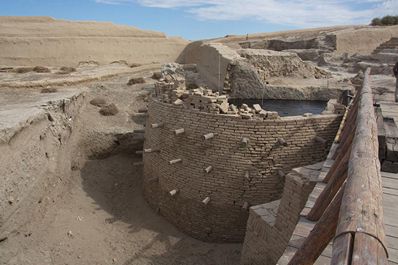 In addition the city plays an important part in the history of Central Asia. In the beginning of the XIII centuries Otrar was one of the largest cities in the territory of Central Asia. It was a part of the Khorezmshakh Empire and besides, it was the northernmost city of that country. It was the place of location of a several-thousand-strong garrison whose task was to protect the northern borders of the Empire. In addition to military and strategic importance the city was also a large trade centre. In 1218 Chingizkhan sent there a huge caravan with the goods from conquered China, but Inalchikhan, ruler of the city by order of Khorezmshakh Mukhammad violated all laws of hospitality and killed the Chingizkhan’s vakeels, and sent the caravan with all its goods to the country’s capital – Gurgange. It was this incident that served a cause for the beginning of the amplitudinous Mongolian conquests in Central Asia.

Otrar is also associated with another oriental commander - Tamerlan. It was Temur’s order which occasioned the construction of the Arystan-baba mausoleum not far from Otrar in honor of the santon, brother-in-arms of Prophet Mohammed. Also by Timur’s order a Bardibek Palace, known only by medieval sources (the ruins of the Palace are not yet found, but the archeologists are sure that some day they will find these fabulous palace) was built, and where Amir Temur lived before his grandiose campaign in China. Unfortunately, the great commander never managed to make his last dream true. He died from fever in 1405.

Otrar existed for almost 2 thousand years. In the XIX century its inhabitants left the city due to the drought and it steadily thinned out and got destroyed. The city’s ruins were in oblivion for a long time, until the archeological dig started in 1969. Many buildings were irreparably lost, but the archeologists managed to dig some city blocks, mosques, palace and bath-house.

Nowadays the works for saving and conservation of the cultural monuments are being carried out there. An important assistance in this work to Kazakhstan is rendered by the UNESCO. Otrar has also a cultic importance due to an Islamic sanctuary – the Arystan-baba mausoleum built near it. The mausoleum itself was destroyed during an earthquake in the XVIII century, but by order of the ruler of the region it was reconstructed. After that the mausoleum was restored several times, therefore nowadays only wooden terrace columns remained from the original erection of the XIV century. Otrar is not a mere ancient city. The air itself here is saturated with history. Archeologists are still continuing digs in a hope that some day they will manage to reveal all mysteries hidden by the sands in the land bosom.