The snow-white building of the Kyrgyz National Philharmonic is located in the heart of Bishkek, on Prospect Chuy. In front of the Philharmonic building is a square, complete with fountains and a large statue of Manas. Around the base of the statue of Manas are statues of Kanykei, Manas’s wife, and Bakai, his spiritual advisor, as well as busts of famous manaschy, who knew and recited the Epic of Manas. The square is a popular place to rest, especially among the younger generation. 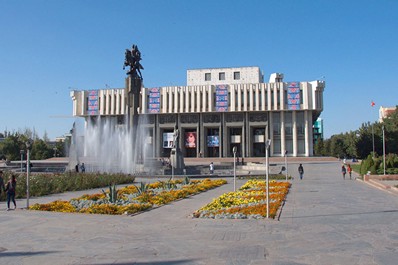 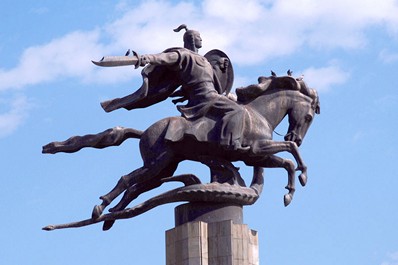 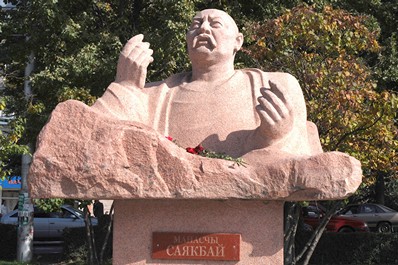 The Kyrgyz National Philharmonic is named in honor of the composer and virtuoso musician Toktogul Satylganov. Toktogul was an akyn, an improviser and poet who set his words to music. He was one of the most influential figures in traditional Kyrgyz arts, and is considered one of the founders of modern Kyrgyz literature.