Oak Park is one of Bishkek’s oldest parks, and is home to an open air sculpture exhibition, as well as several important monuments and buildings. Even though the park was officially renamed in honor of Chingiz Aitmatov in 2010, it is still mostly known as Oak Park.

Many of the oaks are as old as the city itself. The first trees were planted by Alexei Fetisov in 1890, a botanist from Russia. These trees have grown to be very large, and in the summer provide shade from the hot sun, and in the fall provide plenty of crispy falling leaves. Tucked into one corner is the Red Guards Memorial, for those who died defeating an uprising in 1918, as well as the Russian Drama Theater. St Nicholas Church is also here, which held the original art museum. 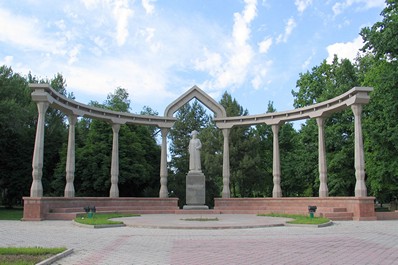 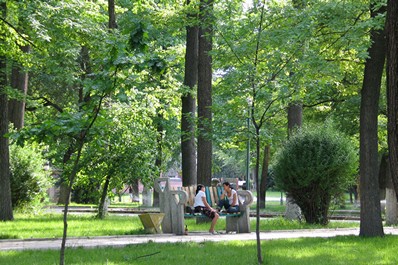 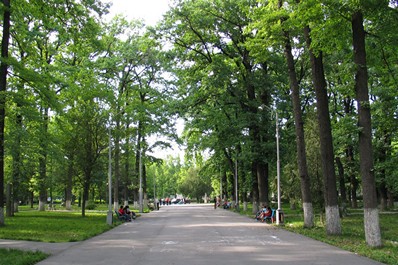 Dotted around Oak Park are various sculptures. These date back to 1984, when the All-Union Sculptors Symposium was held in Frunze. Sculptors came from around the Soviet Union to display their works, created with the theme “Work and Peace” at the symposium, which was held in honor of the 60th anniversary of the creation of the Kirghiz Autonomous Oblast. When the symposium ended, the sculptures remained, and even more sculptures have been added over the years. The most recent addition was a statue of Kurmajan Dakta, added in 2004. 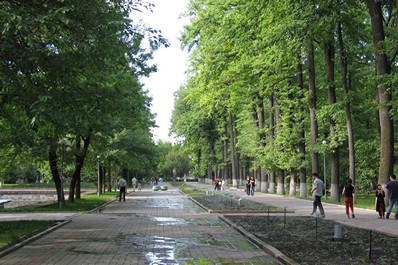 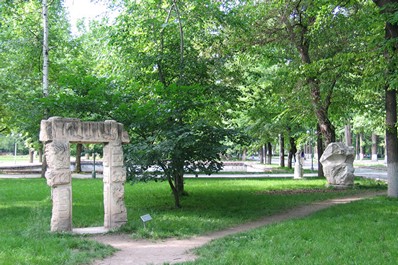 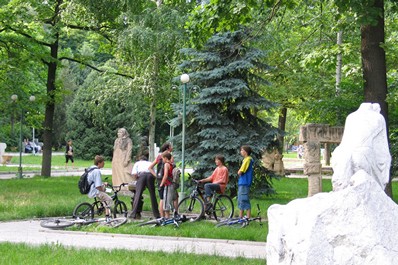 There are now 90 sculptures that are part of the open air museum in Oak Park. Since the park is out in the open, the way the sculptures look changes with the time of day, season, and weather, which makes the park a place to visit again and again.