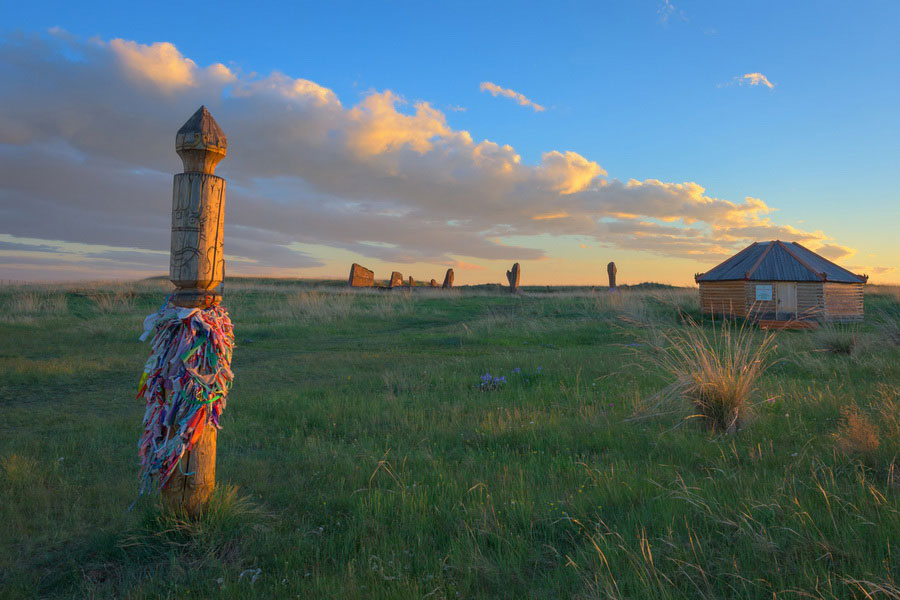 The Republic of Khakassia is a country of mountains, steppes, rivers, lakes and valleys, appalling in the beauty. Khakassia has an amazing history dating back to the depth of centuries and also is rich in unusually beautiful nature and relatively mild climate.

A mere fact that the whole territory of Khakassia was inhabited as early as 15,000-20,000 years ago enables us to compare it with such ancient civilizations as Egypt and the Persian Empire. It was Malaya Sya, the oldest site of the Stone Age aged 30,000-35,000 years, where one of the first music instruments in human history - a bone pipe was found. While a unique artifact, an anthropomorphous figurine, an idiographic item ever revealed in Siberia, was found in the Mine site. In the early Iron Age epoch there germinated Tagar culture, which was a part of a Scythian and Siberian cultural community. Then in year 201 BC, there came the Huns, marking the establishment of the Ancient Khakassian State which was under the reign of the Turkic Kaganate and later on under the reign of the Uigur. By the way, it was the Huns who once founded a huge state stretching from Volga to Rhine, and carried out raids in the territory of Eastern Roman Empire. That is why the modern Khakas may be considered one of the few ethnos in the territory of Eurasia who managed to preserve the appearance of the Huns, the people once being powerful.

The Republic of Khakassia is rightfully called as “Mecca of Siberian Archeology”. From the earliest times up to date many Khakass managed to maintain their unique goetic culture in spite of the fact that these lands were repeatedly subject to conquests both by the Islam civilizations and by the conquerors, who brought Orthodoxy there. Perhaps, due to this fact its every single square kilometer is rich in the monuments of ancient cultures and beliefs. For instance “UlugKhurtuyakTas” translated as “Big Stone Grandmother” is one of the old-time sights of Khakassia. This historical object, represented as a pregnant woman, is a symbol of the feminine. There exist opinions that the incredible emanation of biological energy of this object gives an ability to conceive a child, and as a consequence, it became a gathering place for the shamans who want to regain strength to administer medical treatment as well as for tourists and pilgrims from all over the world. 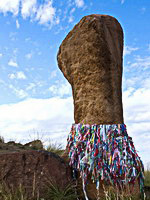 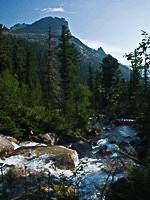 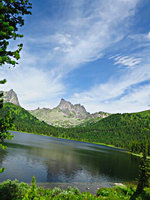 The Khakasisan menhirs are warders of time, making up a cultural and historical appearance of Khakassia. These 3-m high huge plates, sunken in earth attract a constant attention of many researches and travelers. Numerous studies of these mysterious stone statues showed that their age is about 4,000 years. What moved those ancient peoples who were creating these stone blocks strikes our imagination even now? How did they manage to erect these plates weighing sometimes up to fifty tons? One of the ambassadors of the antiquity survived in the nature is 2 menhirs “Big Gates”. These two 3-m high solitary enormous stones with tamgas, oval hollows, formed by touches of thousands hands, are a living example how one can rub the antiquity and feel the amazing energy accumulated in these monoliths.

Khakassia also has the most ancient astronomic observatory in Asia. The observatory’s age comes to almost 18,000 years and it is called as “Sunduki” (chests) massif. For example, the “Stonehenge” age dates back to 2000 – 3100 BC. It turns out that the Khakassian observatory is older more than three times.

Khakassia is famous for its numerous lakes. There are about 1,000 various lakes in its territory. Such lakes as Balankul, Belye, Dikoye, Tagarskoye, Itkul, Shira are curative. They are quite popular resting places where for many centuries different diseases have been treated.

“Siberian Italy” or rather “Siberian Switzerland” is the epithet which can be heard in relation with Khakassian region. Well, it is this region of Siberia which distinguishes favorably with its geographic position. The local winter is not very cold and wind is almost dry there, while spring is an unheard-of rage of colors of the nature wakening. This mysterious and original country illustrates brightly its phenomenal history with its numerous monuments of ancient architecture: cave drawings, ancient settlements, cities, fortresses, stones with petroglyphs, massive stone statues, which still managed to preserve the breath of the past. The depositions of the bygone epochs, burial mounds and ancient Turkic literature, feed ditches and smelteries are bright evidences of the matured civilization once located in those lands.