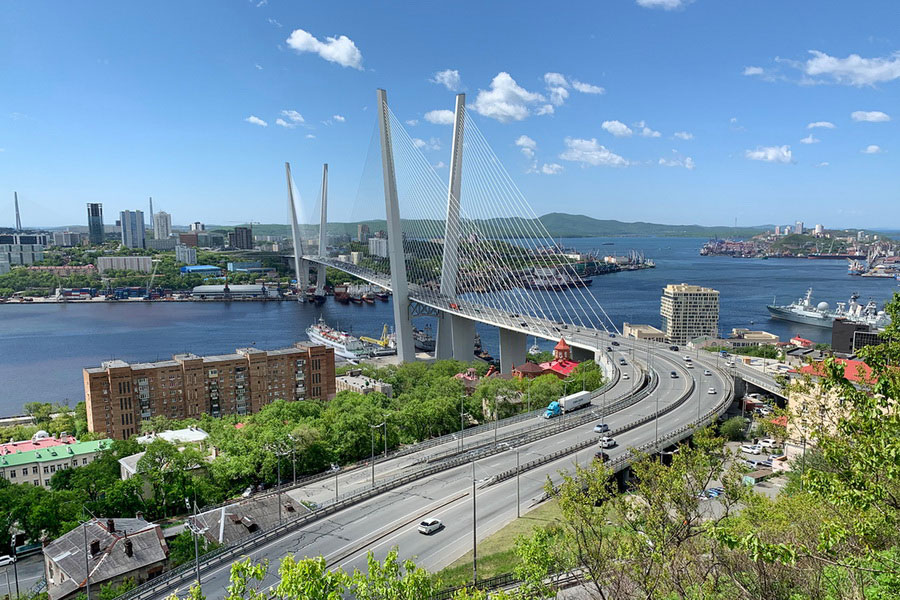 Tours, Attractions and Things To Do in Vladivostok

Vladivostok is the administrative center of the Primorsky Krai in the Russian Far East.

The naval post, which later became Vladivistok, was founded on the Muravyov-Amursky Peninsula in the year of 1860. This outpost was transformed into a large naval port when the strategic location had increased in importance. In 1871 the home port of the Siberian Military Flotilla moved here. Coastal fortifications were constructed to protect the port from naval attack. The port became a powerful fortress. The task of strengthening and modernization of the fortress, was carried out over more than a hundred years. As a result there were built more than 1300 fortifications. A naval school was opened there in order to train local navigators and ship’s technical operators.

Vladivostok hasn’t lost its military and strategic importance: it is headquarters and home port of the Russian Pacific Fleet.

The “Pearl of the Far East” is a significant port, industrial and scientific centre of the Russian Far East.