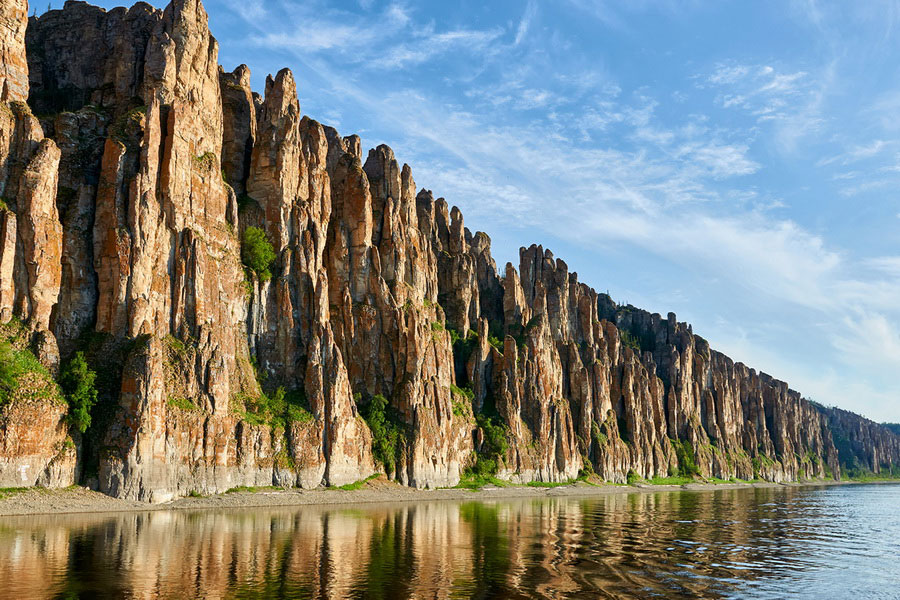 Tours, Attractions and Things To Do in Yakutia

“If you take a fancy to the North, be sure, it’s forever”, these are the words from a popular Soviet song. So, what does Yakutia attract with? A country of permafrost, where temperature lowers below minus 60° in the most severe winters, and where the topsoil can get frozen up to a half of a meter.

Yakutia constantly attracts the majority of travelers with its sizes. Yakutia is the fifth part of Russia and its largest region. Its area is four times more than France, the largest European country. Yakutia is a “terra incognita”, a virgin land full of wonderful northern mysteries. This country has not yet opened all its tourist secrets to many travelers. The Yakutia’s second official name is the Republic of Sakha or Urankhay-sakha – this was the name given by the Yakuts themselves to their country. The Sakha people are the northernmost and perhaps the ancient ones among the numerous Turkic stock-raising ethnic groups.

Yakutia is frequently called “diamond heart of Russia”, because it is the place where a quarter of the world’s diamonds of high-quality is extracted and the prices of the Yakut diamonds are much higher than those of the others. It is Yakut diamonds that many world’s celebrities and powers that be, in particular, prefer. You can admire all the facets of beauty of Yakut jeweler’s oeuvres at numerous international exhibitions and auctions.

The mammoth is another one unmistakable “brand” of Yakutia, because its entrails “preserved” a great many bones of mammoths, once dwelling there. In Yakutsk there is the only in the world specialized Museum of Mammoths. Yakut mammoths’ tusks and bones are used to fabricate traditional Yakut jewelries and souvenirs, furthermore, as an entertainment, the tourists are offered to try all alone to dig out a mammoth bone from frost-bound earth.

Yakutia is one of the few regions left on the Earth, where you can really feel an integration with severe nature, know yourself better, test your abilities, issue a challenge to severe vastnesses of the far north, wander in tundra and cross the green sea of taiga. This country is a sheer forbidden territory unaffected by civilization, with century-aged larches growing and millennium-aged rocks dominating over them. This is the country with one lake per one inhabitant.

There, you will get a chance to be a pioneer of a snowfield. Driving reindeer or dog team you will get to know yourselve how much depends on strength and endurance of these animals, who have been helping the Yakuts to survive in the environment of permafrost. And after wearisome passes in the severe taiga, it is pleasant to warm up in a cozy yurt (tent), enjoy simple but at the same time delicious and rich dishes from fresh-water fish, venison, horse beef, bush meat with farinose potato or cereals, and have hot tea or life-giving koumiss.