China and the Silk Road

China was the starting point of the Silk Road. The legendary route originated in the ancient city of Chang’an (now — Xi'an, the administrative centre of Shaanxi province). Then caravans moved to the West and the Northwest through Hexi corridor in Gansu province, made their way along the edge of the Taklamakan desert and crossed the Kunlun “Onion” mountains in western Xinjiang. After that they left the limits of China to go further to the Middle East across the countries of Central Asia and the Caucasus.

Caravans followed one after another along the way passing through cities, points of examination and post houses. 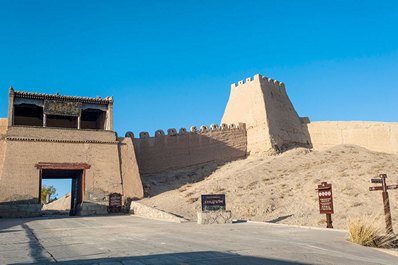 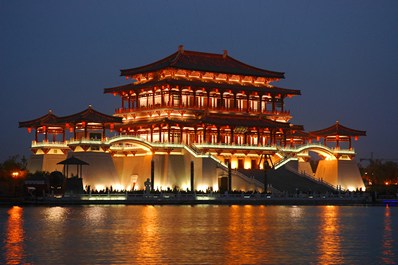 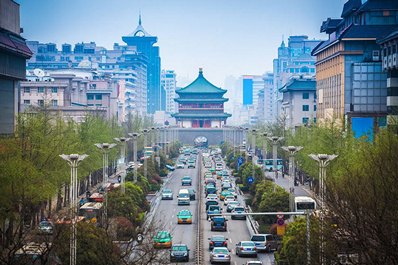 The province is the gate to the Northwest of China. It is located in the center of the country and is considered the spiritual cradle of Chinese culture and history as well as the starting point of the Silk Road. There, in the city of Chang’an (now the administrative center of Xi’an province) originated the legendary trade route to the West. The province has very ancient and rich history. For over 1,000 years it was the political, economic and cultural center of ancient China. Capitals of 13 dynasties, including such well-known as Zhou, Qing, Han, Sui, Tang were situated there. The country was governed from there for 1,180 years. Read more....

For centuries Gansu was the vital corridor between China and Central Asia: there passed almost 1600-kilometre section of the Silk Road. The province was considered the “gold sector” of that international route. As a proof you will see numerous ancient monuments scattered along the entire Silk Road - temples, monasteries, pagodas, towers and ancient palaces. Besides, the province has a considerable part of the Great Wall of China, whose ruins can impress you with their sizes.

Gansu boasts its 2,200-year-old history. The territory of the modern province of Gansu was conquered and developed before Christian era. Gansu province was first mentioned in the sources of the imperial dynasty Northern Song (960-1127) when the imperial military department on Gansu affairs was established in Ganzhou (now Zhangye). In the time of Mongolian Yuan dynasty (1279-1368) the region was officially annexed to the territory of Gansu province. It was created by merging Qingyuan, Lingao and Feng. Read more...