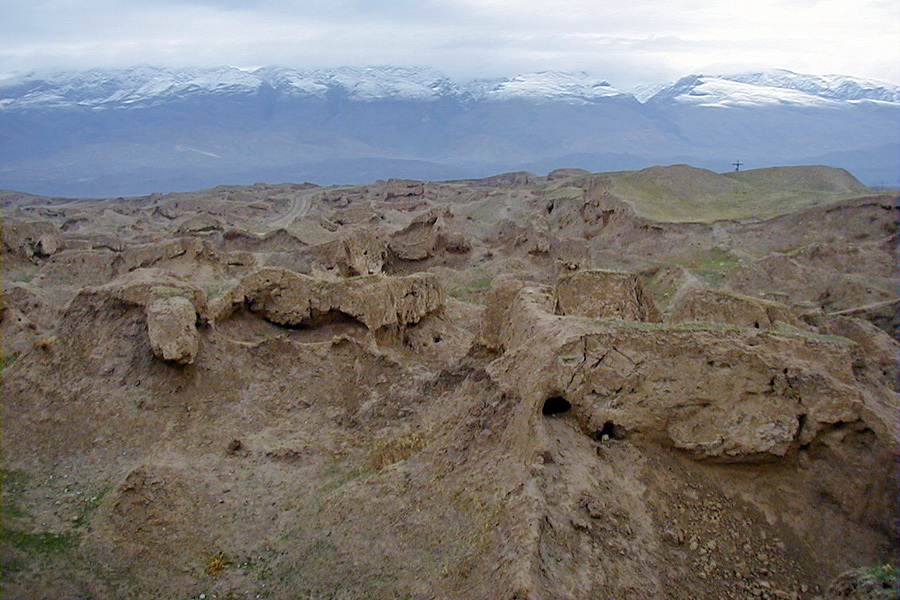 Now if you look at the developing independent to Tajikistan you will hardly think about the richest and brightest history of its people.

The two cultural layers found by archeologists in Tutkaul settlement near Nurek are related to mesolite (10th - 7th millennia B.C.). It was in the Stone Age that the first people appeared in the mountains. The ancient site of nomadic hunters found in Oshkhon on the East Pamir at the height of 4, 200 m testifies to that. There are also late Stone Age rock drawings in the grotto in Shakhta depicting animals pierced by arrows, and figures of hunters. The ancesors of Tajiks were engaged not only hunting but also in cattle breeding and agriculture.

The history of Tajikistan political system counts from the first half of 1, 000 B.C. when there were the most ancient slaveholding states of Central Asia - Bactria and Sogd. Bactria included central, South and eastern parts of modern Tajikistan (to the south and a southeast from the Hissar mountains), and Sogd -the basin of Zeravshan, Kashkadarya and the areas to the north of the Hissar mountains.

In the 6th century B.C. Bactria and Sogd were conquered by the Persian tsar Cyrus and entered his powerful Ahemenid Empire.

Further followed a number of aggressive wars as a result of which in the 4th B.C. these fertile lands became a part of the state ruled by Alexander the Great and in the 3rd century B.C. were taken by Selevkids. Later Selevkids state lost Greek- Bactrian realm which included the territory of modern Tajikistan.

In the middle of the 2nd century the local tribes gained independence from the hated Greek yoke. This was achieved with the assistance of alien nomadic tribes - tokhars. They became the legislators of the country's political life. And from the 4th century Bactria began to be called Tokharisran. By the way, some scientists believe it was during those times that Tajik nationality started its formation.

After Tokharistan together with the largest part of Central Asia, Afghanistan and Northern India had joined Kushan empire, the new page in the history of this long-suffering state began. Being a part of Kushan realm beneficently reflected on development of Central Asian nations. Those years witnessed the development of culture, rapid growth of economy, trade relations with Eastern Europe, Rome, and China.

In the 5th century the greater part of the territory of Central Asia was ruled by Turkic kaganat. The society became entirely feudal: it was divided into aristocracy and lower classes. This process positively influenced the development of culture. 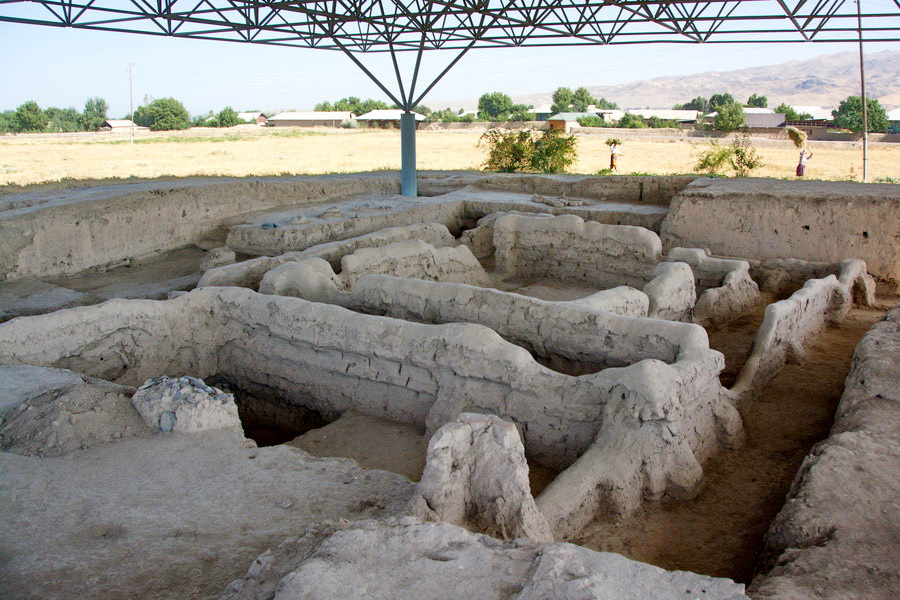 The second half of the 7th century was a new page in the history of Central Asia. It was characterized by the invasion of Arabs and their full rooting there. Being under the oppression of Arabian caliphate the people of Central Asia began fierce struggle for their freedom from violent spreading of alien culture, religion, language, unreasonable taxes and so forth. It was then that the name "Tajik" originated. It meant "crowned" «a person of a noble origin».

In the 9th - 10th centuries there came the legendary epoch of Samanids. Crafts and trades, science, literature and arts prospered. They developed in the language which we now call Tajik.

In the 14th -the 15th centuries Tajikistan was within the structure of huge state of Timurids. That was the golden age of science, in particular astronomy, literature, arts.

In the 16th century the territory of Tajikistan became the property of another state - Sheibanids with the capital in Bukhara. During that period Bukhara and Khivan khanates were formed, and later, in the 18th century - Kokand khanate. There the khans from Uzbek dynasties ruled.

Tajiks lived mainly in Bukhara and Kokand khanates. The khanates were constantly at wars. The class stratification of the society became stronger. All this came to end in 1868 when Tajikistan was annexed to Russian Empire as a part Turkestani general-governorship. The northern part of the country was attached to Russia, and the southern part - to Bukhara Emirate which remained in vassal dependence on Russia.

In 1895 the Russian-English agreement established to the border line between Bukhara Emirate and with Afghanistan along the Panj in Badakshan. The southeastern and central parts of modern Tajikistan - Eastern Bukhara and the Western Pamir - remained within the structure of Bukhara Emirate, and the left bank of Darvaz, Vakhan, Ishkashim, Shugnan, Rushan in Badakshan were given to Afghanistan.

On the one hand being a part of Russia presented many advantages - economic, political and cultural. But on the other hand Tajiks as well as other people of Central Asia got under double oppression: their own exploiters and the imperial autocracy from Russia. Therefore, a lot of national-liberation revolts burst during that time.

In the northern areas of Tajikistan which were a part of Turkestan, the Soviet authority was established in November, 1917. In the beginning of September 1920 the authority of Emir in Bukhara was overthrown and Bukhara National Soviet republic was formed. In 1924 as a result of national-territorial demarcation of Central Asia there appeared Tajik ASSR in structure of Uzbek SSR. The territory of the republic included 12 volosts of Turkestani area, East Bukhara and a part of Pamir. The basic political and cultural centers - Bukhara and Samarkand remained within the borders of the Soviet Uzbekistan. On December 5th, 1929 Tajik ASSR was transformed to one of the republics of the Soviet Union. 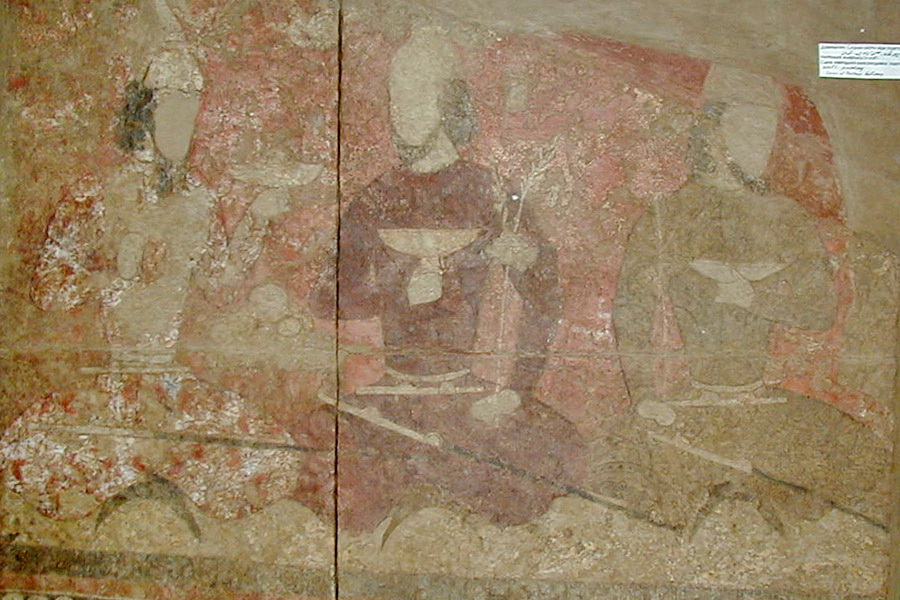 On September 9th, 1991 Tajikistan announces its independence. The beginning of a new life, nevertheless, was marked by the beginning of the civil war which even now remembered with horror by the citizens of the republic. Only in 1997 the basic opponents signed the piece and national consent treaty.

Now Tajikistan is an independent democratic state which has been recognized by 117 countries of the world. The country is a full member of the United Nations and of some other international organizations.