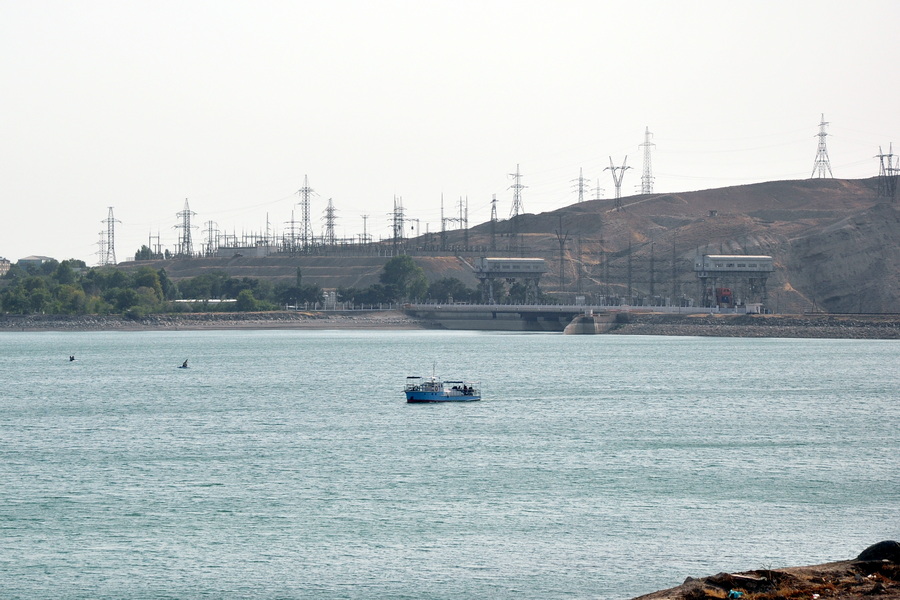 Tajik Sea: recreation in the vicinity of Khujand

20 km from Khujand there is one of the natural attractions of Sogdian region – Kayrakkum reservoir, stretching for 50 km to the east. This artificial lake was made in the 50-s of the XX century to build a hydroelectric station and control the Syr Darya runoff. The country’s inhabitants, having no access to the ocean, often call it the "Tajik Sea".

The statistics of the Kayrakkum reservoir in figures looks quite impressive: its length is 55 km, width is 20 km, maximum depth is 25 meters, and the total water volume is 4.2 km3. The length of the dam is 1,205 meters and while the height is 32 meters. In addition, in cold winters the Kayrakkum freezes, and in summers the air temperature near the coast reaches 30-35 degrees Celsius.

An artificial lake has become a new ecosystem of the region: its waters are rich in fish species (pike, carp, catfish, perch, bream, etc.), moreover it became a stopover for birds of passage, annually migrating from north Asia to India and other countries.

The Kayrakkum over its half-century history has become a popular holiday destination. It has various sanatoriums, recreation areas and children's camps stretching along the coast. This is a great place for swimming and fishing. Its coast along the whole length is covered by numerous fruit orchards.