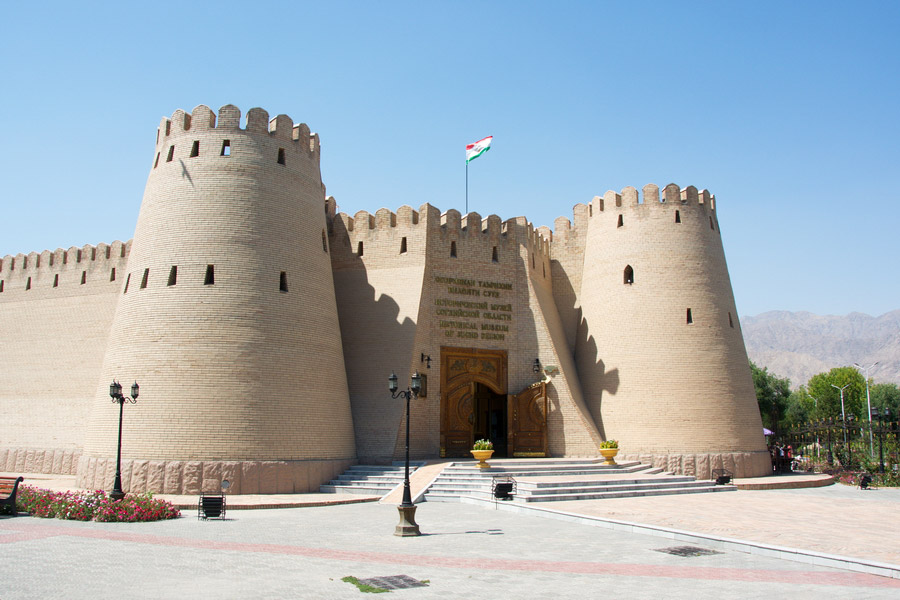 Throughout the whole history of Khujand, the city’s heart was its castle. Over 2,500 years, the Khujand fortress expanded together with the city, was destroyed by the conquerors, rebuilt anew, but always continued to be a symbol of endurance of the people.

Archaeological excavations have revealed that the first fortress was built in the VI-V centuries BC, and consisted of an artificial embankment gradually developed into a thick wall of natural clay. Moreover, in addition to the fortress there was a city wall occupying 20 hectares. Along the walls there were deep moats filled with water.

However, the fortress was fated to fall under the onslaught of the Genghis Khan’s army. In the period from 1219 to 1220 Khujand was under a siege, the number of invaders, at that, exceeded 25,000,000 people, excluding 50,000 captives, intended for work. Timurmalik, who led the defense of the fortress, could not offer resistance to the Mongol fleets and the city surrendered. The fortress was completely destroyed, and the siege of Khujand has become one of the biggest events in the history of Tajikistan.

Some historians argue that the fortress was rebuilt in the XV century, while others believe that the reconstruction began soon after the siege. However, nowadays, the Khujand fortress is the remains of walls and gates, as well as a territory of archaeological digs of the first wall foundation.

In 1999, a part of the eastern wall of the Khujand fortress dating back to VIII-X century was restored, and flunked to the building of the Museum of Local History, Archeology and Fortification. This museum has collected household items, pottery and implements found at the fortress territory. All in all, the museum fund consists of 1200 exhibits, most of which are available to visitors.