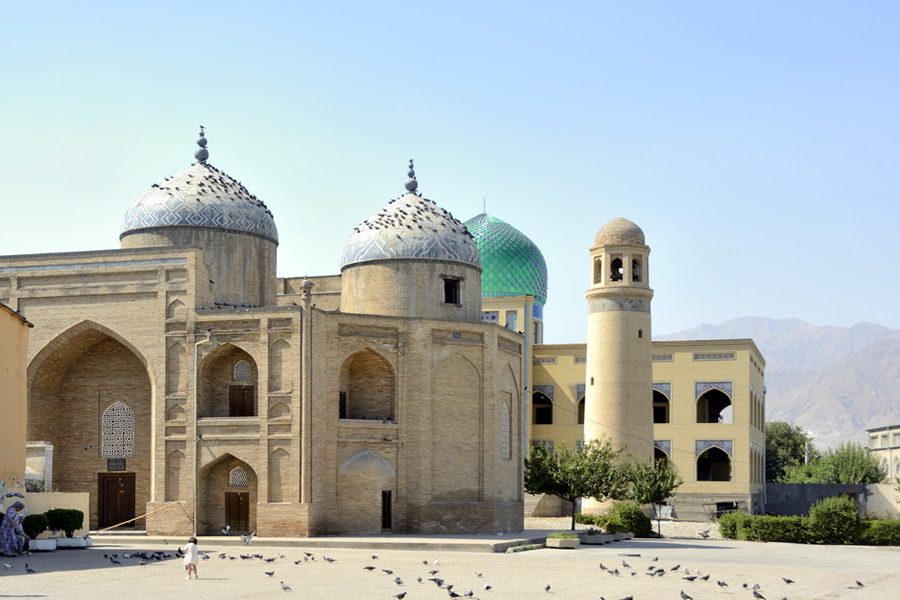 This large memorial complex located in the historical part of the city was erected on the tomb of Muslihiddin Khudjandi - the ruler of Khujand, a poet who lived in the 12th century. The legends say that sheikh Muslihiddin was a holy miracle-maker. First he was buried in Undzhi settlement (Khujand suburb) but his admirers transferred his remains to the city and built the mausoleum on this place. It was in the 12th century. Back then the mausoleum was a small burial chamber made of burned bricks decorated by terracotta. This tomb was destroyed during Mongol invasion.

In the 14th century the mausoleum was rebuilt with slight changes. It consisted of two rooms. But this building was also destroyed. In the 16th century and you building was erected on what was left of the old mausoleum. Structurally it differed from former structures and became not just the burial site but also the place for prays and ceremonial ceremonials. Today the Mausoleum of Sheikh Muslihiddin is an architectural complex consisting of the cathedral mosque, the 19th-century minaret (above 20m tall) and ancient burials with the Mausoleum of sheikh Muslihiddin being the main one. The present mausoleum is two-storied with the portal entrance and the wide dome. In the center is ziyoratkhona (the hall of commemoration) and the tomb-gurkhona under the dome. In the center of the room there is a wooden sagona covered with graceful geometrical carving with vegetative ornament and incrustations.