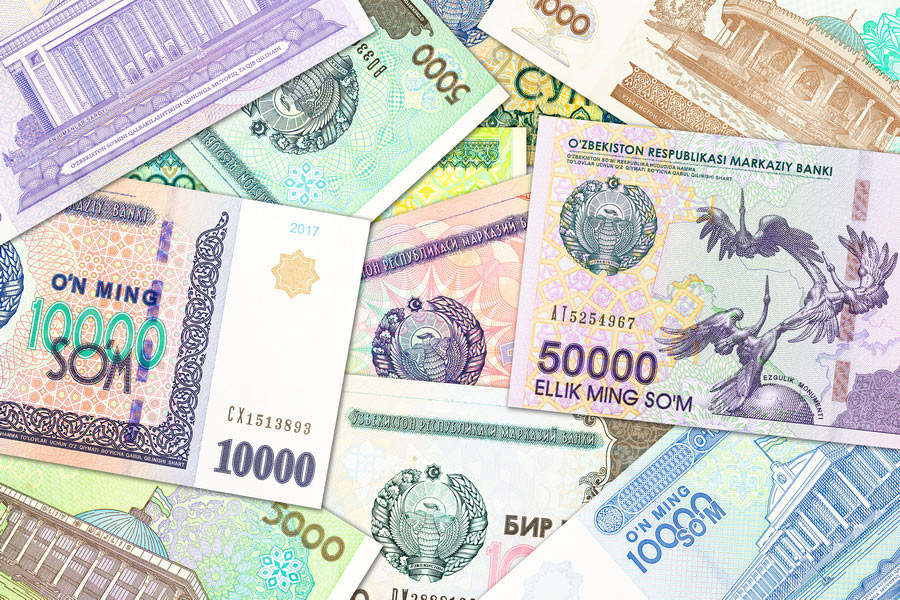 National currency of Uzbekistan is sum (also som, soum) and tiyin. This currency has been put into circulation in Uzbekistan since 1994 and today is the only means of payment. In circulation there are banknotes of the following value: 100,200,500, 1000 and 5000 sum.  All the banknotes differ in color. It is mainly cultural and historic monuments of Uzbekistan are depicted on the notes. Currently, the entire banknotes circle, but the bills up to 100 sum and the coins are not used.

Since 2004 Uzbek sum (UZS) is a convertible currency. Currency exchange offices are located in the airport, hotels, in the markets and banks, as well as in district visa and registration offices (at passport departments of the Ministry of Internal Affairs). Majority of currency exchange offices in the city accept euros and US dollars. Other currencies can be exchanged only in those exchange offices, which are located in banks. In hotels currency exchange offices are opened 24 hours 7 days a week. Others usually open at 9 a.m., but their working day is already over at 3.30 or 4 p.m. Not all of them work on weekends and not all the time. Possible problems: insufficient amount of national currency in the exchange office or a long queue if it is situated in a busy place, for example, on the market. In the city, mostly near markets, there are places where from early morning till late night you can find individuals, who offer currency exchange on a private basis. You should keep in mind that these actions are illegal and imply criminal responsibility. Both buyer and seller of currency are accountable for this transaction.