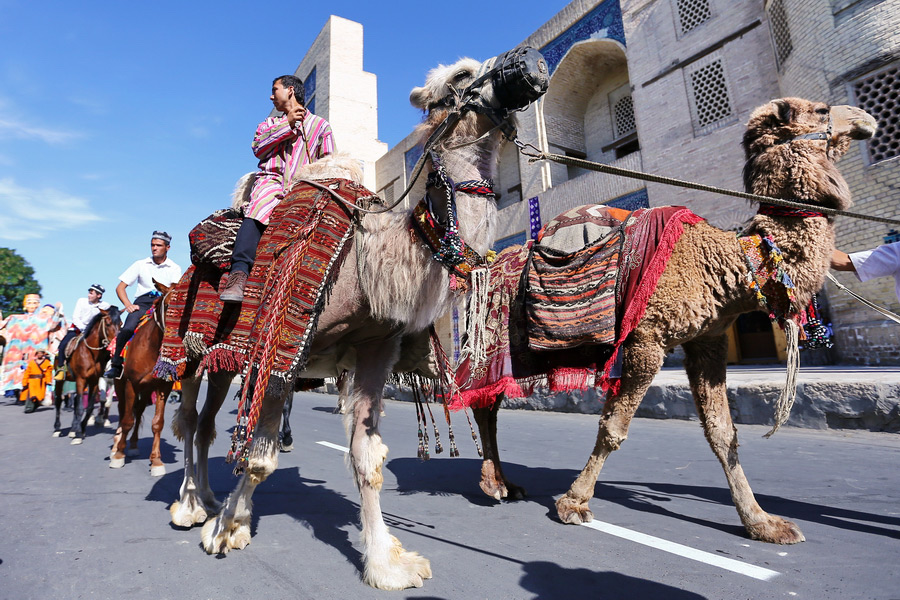 During XV - XVI centuries there existed thousands of small and big roads that crossed the Asian continent and led to the West. Caravans traveled on those roads filled with exotic clothes, oriental goods and spices. Caravanserais, towns and cities gradually appeared and prospered on those crossroads.

Numerous centres of national crafts, art schools, madrasahs, palaces and mausoleums were created there. Traders, missionaries and pilgrims traveled and brought to the region new religions, customs, the goods (glass, porcelain, soap, gunpowder) and different cultures. For centuries, Great Silk Road united countries by such peaceful acts as trading, exchange of cultural and spiritual values that are unique for the whole mankind.

A special long-term program, which includes proposals for the revival of historical heritage, was created in cooperation with UNESCO. In 1994 he was accepted Samarkand Declaration "On the revival of the Silk Road".

The main tourist road is crossed with 32 towns and cities of Central Asia. Gems of the Silk Road are Tashkent, Samarkand, Bukhara, Khiva and cities in Fergana Valley. An exciting journey to the past will be awaiting you.

Many centuries ago the Great Silk Road that connected Europe with Asia, contributed to the development of Central Asia, and in particular, Samarkand, Bukhara, Khiva and Shash (modern Tashkent). This cities survive a unique flavor to the eastern cities of their area, caravanserais and medieval monuments of Islamic architecture, the latter is causing the worldwide fame that the cities of Uzbekistan, which is gradually turning into one of world tourist destinations in Asia.