Kok-Gumbaz Mosque was built in Dorut-Tillavat Memorial complex just opposite to Shamsiddin Kulol Mausoleum in 1435-1436. It is the largest Friday mosque in Shakhrisabz. The inscription on the portal announces that the mosque was constructed by Ulugbek on behalf of his father Shakhruh.

The building of the mosque is crowned by a huge dome covered with blue ceramic tiles. It gave the name to the mosque – Kok Gumbaz that means “Blue Dome”. Around the tholobate of the dome there is the inscription with white glazed tiles: “Sovereignty belongs to Allah, wealth belongs to Allah”.

The internal space of Kok-Gumbaz Mosque is nearly square in its layout and has four deep niches carefully oriented to the each corner of the earth. The whole wall surface was covered with ganch stucco and painted with intricate dark and light blue ornaments. 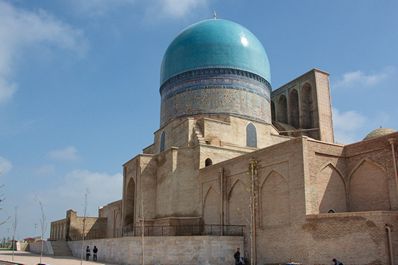 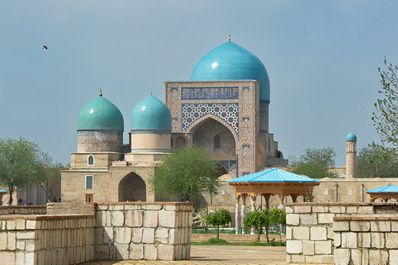 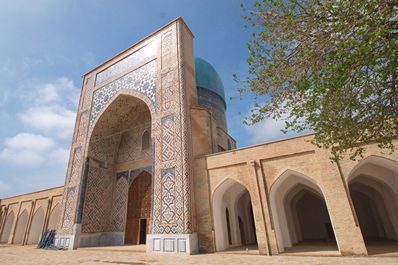